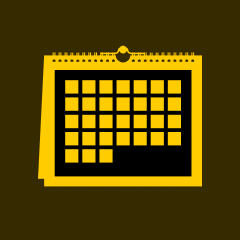 Two of my books are available for free October 11th-15th via Amazon.   They are two books of a five part alternative history, e-pulp series.

Wild Marjoram follows a timeline where WWI never ended, in fact, it expanded. Here Germany occupies the East Coast of the USA, and if that wasn't bad enough, mob factions fight over the remaining free-zones!

Our heroine is a blonde haired blue-eyed mechanic with a locket that holds the key to her past. This perfect Aryan specimen lives in hiding from the Nazi occupation. If they discovered her, she’d be condemned to the fate of a broodmare. But she's not the type of girl to give up without a fight.

The Resistance has devised a plan to free the Nazi stranglehold of New York. It includes Wild Marjoram and Jerry of Chicagoland. So the two traveling companions set out on a long and winding road through the free-zones of North America to coordinate with other freedom fighters. It's the same route once traveled by her mother before her death. While on the mission Marj seeks clues from a shrouded past in hopes to connect with a mother she never knew. However, the best laid plans of mice and women…

Wild Marjoram: The Vote is the first stop of a five part road trip to the Broken Apple.

A few days ago, Marj and Jerry rolled into a cloistered farming community with the best of intensions. Their mission was to coordinate with friendly members of the underground resistance. Unfortunately the alleged allies were not what they appeared to be. As lies and betrayals add up it became clear the reportedly safe-heaven was actually as a nest of vipers. The throughly deceived traveling companions were separated, imprisoned, and on a short walk to the gallows.

Thanks to quick-thinking and a deception of her own, Marj escapes, frees Jerry and the couple hightail it out of corn country with one fortunate prize. Spurred by mysterious clues uncovered in a secret diary, the road trip takes our heroes head to meet up with some old friend in New New Paris, in New Canada. Unfortunately the scars of their captivity remain and put a strain on the traveling companions relationship…as Marj finds communication with the past and a strange supernatural presence lurking...

Wild Marjoram: The Detour is the second stop of a five part road trip to the Broken Apple.

A short Wild Marjoram story available for free via the E-pulp sampler.   In Chicagoland, Marj finds out her safe live as a mechanic isn't all it seems and neither are the Slates who are grey-eyed machine-like women who used to be human.   These women are now gang leaders, trying to make women equal in their eyes, the hard way and the only way the mean streets of the city will let them…

Upcoming works include the short story, The Birth, soon to be in a Dieselpunk Sampler and Part Three of the WM road trip, called The Spitfire, where Marj fixes planes and starts her fight in the Broken Apple.