Thanks to Evelyn for the link!

By Borys Kit and Jay A. Fernandez J.J. Abrams and his Bad Robot banner are tackling the tale of a robot set in the Victorian Age.

Paramount has picked up rights to “Boilerplate: History’s Mechanical Marvel,” a graphic novel-picture book hybrid by Paul Guinan and Anina Bennett, the creators of comic book series “Heartbreakers,” for an adaptation to be produced by Abrams and his banner.

"Boilerplate" purports to tell the story of the world’s first robot, who, in the late 19th and early 20th centuries, fought alongside Teddy Roosevelt and Lawrence of Arabia, journeyed to the South Pole and was involved in the silent movie business before disappearing on the battlefields of World War I.

The book tells Boilerplate’s story by inserting the character into pictures drawn in the style of the age.

Guinan originally pitched the concept and character via a website 11 years ago when trying to drum up interest in a graphic novel. The site eventually took on a life of its own when some people started believing the robot and its history to be true. The book was published last year by Abrams Image (no relation). 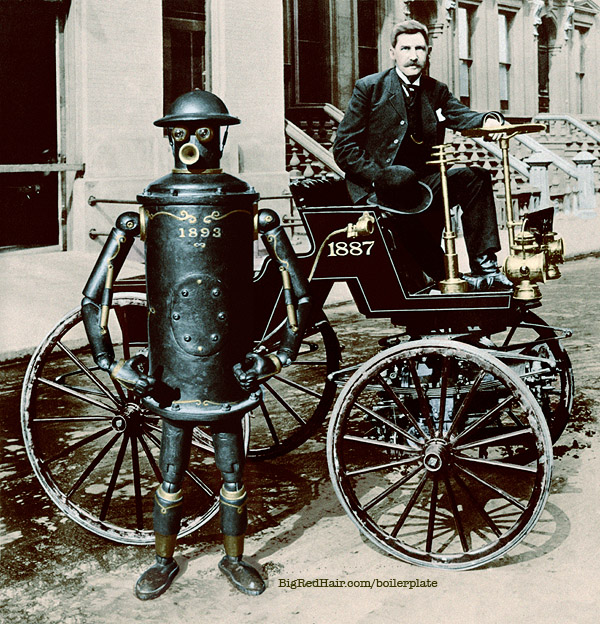 You can pick up Boilerplate in the Steampunk Books section of the Dieselpunk Store.