In the early 1930s the FBI was given the right to carry guns by congress. As the FBI agents was coming under more attacks and violent crime by gangsters.In 1932, the first issue of the FBI Law Enforcement Bulletin—then called Fugitives Wanted by Police, was published.

So now that most field agents carried arms the FBI also needed a place to train these agents in their shooting skills. 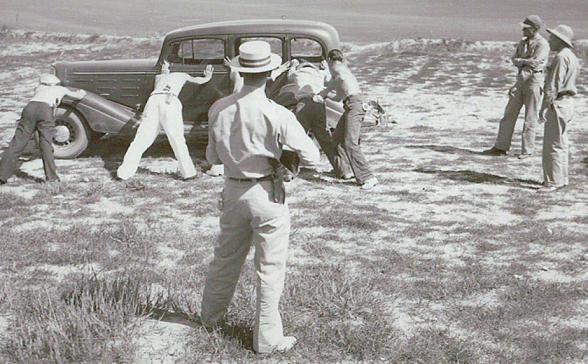 The FBI asked congress again for help,they passed it on to the war department which gave the FBI some land,which was the 385-acre campus carved out of the Quantico Marine Corps base in rural Virginia.

So in 1935, the FBI National Academy was established, the agents learned to shoot on the firing range,from a standing point or from cars. 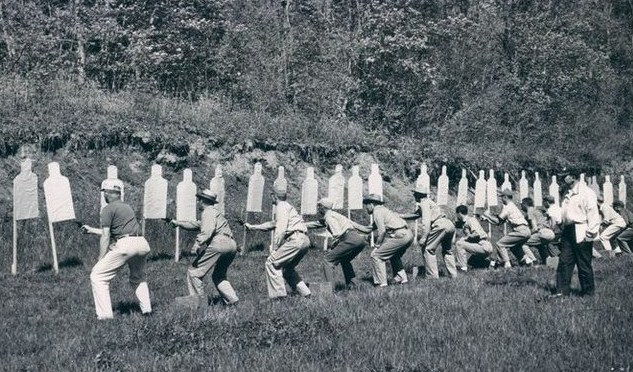 But as the years went on and the academy grew,so did the training. One aspect was that the agents in the field often came upon gun fights in built up areas,and small town banks.

So Hogan's Alley was made,at first the alley was just a cut out house front with a door and two windows in which dummies where placed to be shot at. But the force and rate of the thompson machine guns soon called for an upgrade to Hogan's Alley. 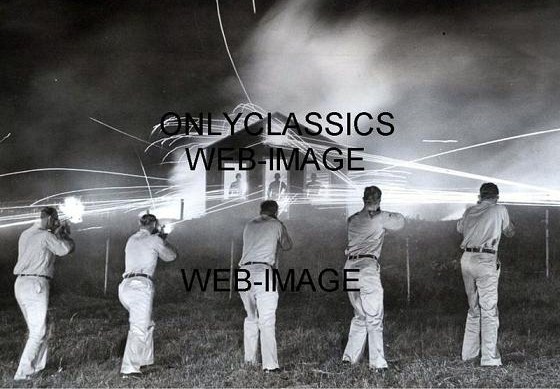 Hogan's Alley was given a barbers shop,drug store,garage,and a hotel. It was made longer and put on level ground so the agents where the same height,and could walk the alley. This made the training better and more active. 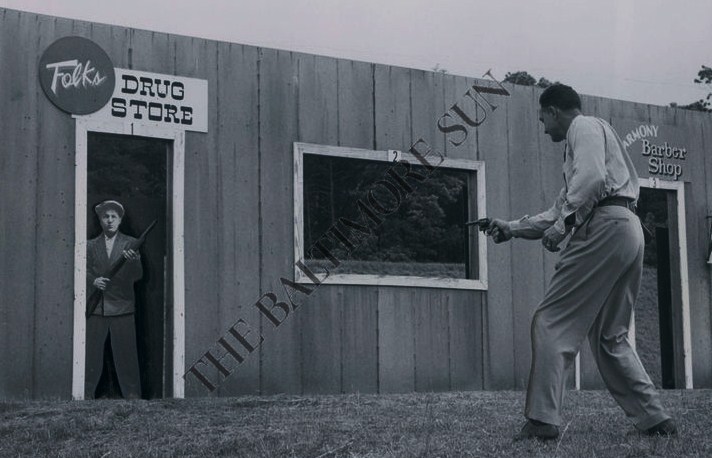 The Alley used "real life" stand up wooden targets,of the FBIs most wanted,as well as using agents and everyday people. A point scoring system was used,and the agents firing was given instructions via a control hut. 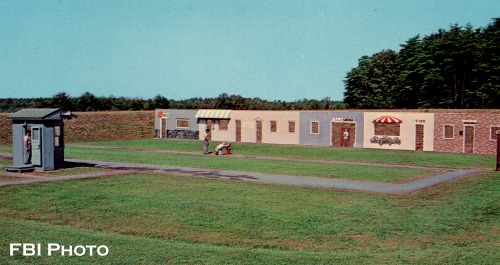 Hogan's Alley was to become famous in the 1959 movie "The F.B.I. Story" The film makers had been given full access by the FBI's boss J.Edgar Hoover,in fact Mr Hoover quite enjoyed mixing with the Hollywood set,and was friends with the movie's star James Stewart. 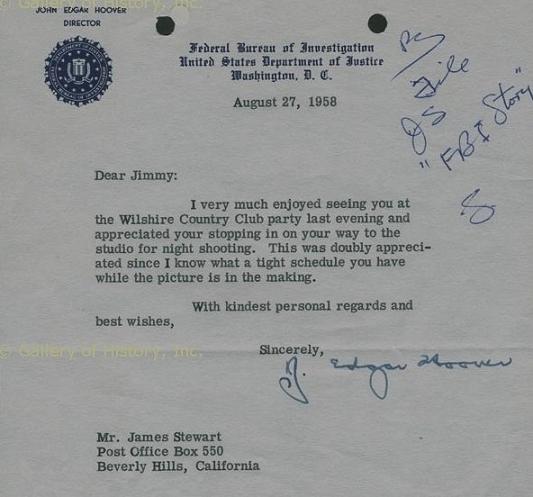 Plus Mr Hoover would of looked over every single part of this film. 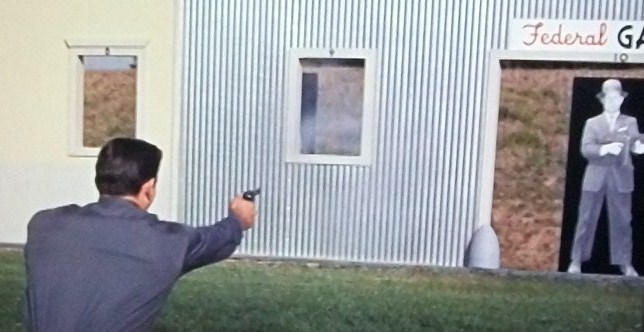 So what of Hogans Alley today ?

Well it is now a six million dollar town,in which the bank is robbed at least twice a week,and people are shot everyday.

Its the baddest town in America 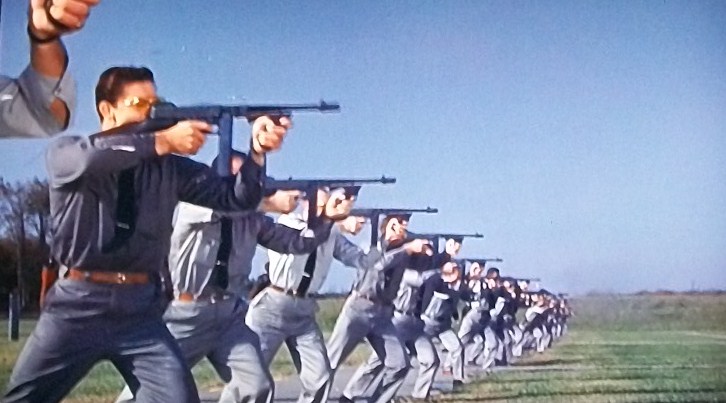 Thanks Larry,im pleased you enjoyed it.

Nice story. The baddest town indeed. By the way, agents' stances look rather streange to me, like, on the last picture, it seems their getting prepared for a run. Or it was special stance to improve results while shooting tommy-guns?

The last two photo's are taken from the film "The F.B.I. Story" the stance is to ward off muzzle climb.

Nice story. The baddest town indeed. By the way, agents' stances look rather streange to me, like, on the last picture, it seems their getting prepared for a run. Or it was special stance to improve results while shooting tommy-guns? 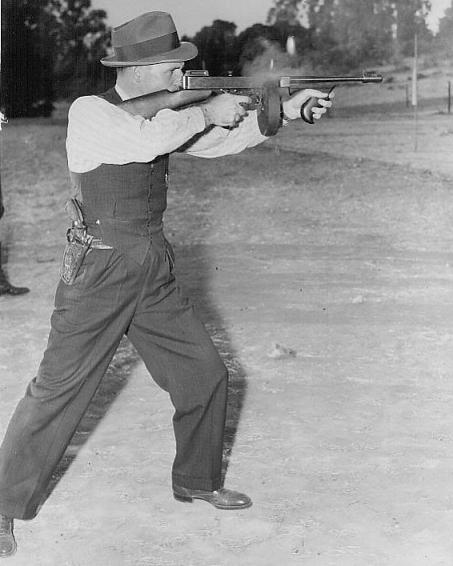 This is SA Campbell, one of the original Melvin Purvis gang-busting 'G Men'. It's taken circa 1938 and he's demonstrating how to cling onto a Thompson on full auto.

That was an old style stance for people who weren't used to firing machine guns.  Typically, you would hold a Chicago Typewriter down and to the left of the target (if you were right handed and had the circular magazine) because the muzzle would climb as you fired.

"The Chicago Typewriter" been along time since ive heard the Thompson called that.

Have you ever fired one before?

I've only had the pleasure of squeezing a few rounds through one with a stick magazine, but I'd love to let loose with a drum magazine some day.  If I can't find a local Zoot Shooters group, I heard there's a place in Vegas that will let you rent these babies for a quick spin around their range.

The Thompson stance makes sense to me.  That recoil can be a bastard.  It's the "butt out" pistol stance in image #2 that makes me snicker.  Looks like they're doing the hokie pokie.

Cap'n Tony, thank you glad you enjoyed it.

The stance was also known as the "FBI Crouch" 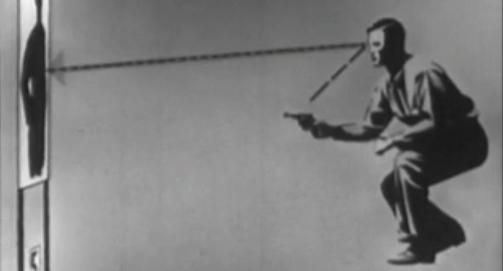 Please do view this FBI training video made in 1961.