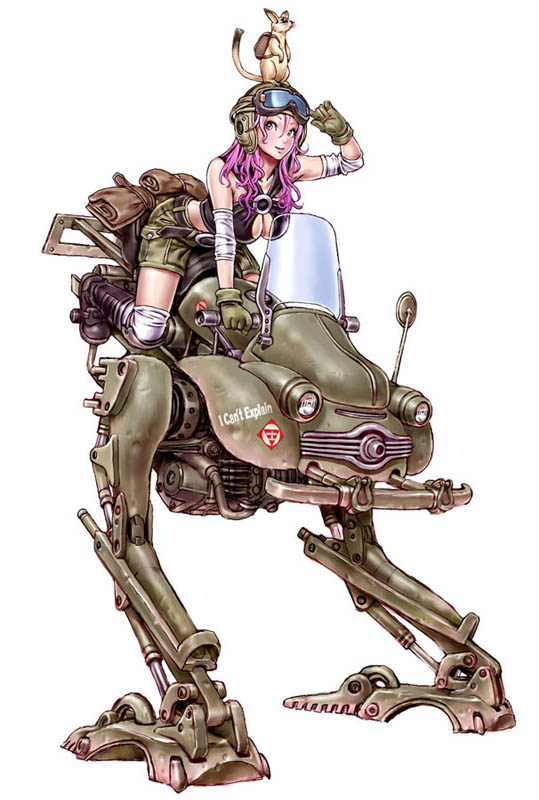 Awesomeness. Is  this  an anime  series  or  a manga series? If  so,  is  it  dubbed/printed  in  English? Thank you  for  sharing.

Mark, it's a stand alone work by the artist Shunya Yamashita.

My example for dieselpunk would be Omicron, a piece of art installed by artists' collective ANTIVJ at the Centennial Hall in Wroclaw, Poland. I posted it long ago in a dieselpunk Facebook community and people were like, "Huh? Dis ain't dieselpunk". But the artist's statement is full of diesel-ish themes and ideas.

"The piece proposed for the Centennial Hall of Wroclaw is based around the notion of timelessness in architecture, and the idea of what future has meant throughout the 20th century.

Taking the 1910’s as a starting point (the dome was erected in 1913), historical and artistic references were used to reveal the architecture of the space. By using references such as Fritz Lang’s Metropolis or the utopian projects of Archigram to confront the different visions of the future at different times, Romain Tardy and Thomas Vaquié were interested in trying to create a vision of a future with no precise time reference. A timeless future."

A futuristic vision of neo-classical architecture, drawn from a 1913 building, inspired by Metropolis and wielding cutting-edge mapping tech to display it? I think it's pretty self-evident what you can call that (aside from awesome). I think it brings the dieselpunk ethos into the conceptual realm in a clever and dazzling fashion.

Tangential: I see the Mad Max series (and its relatives Escape From New York, etc.) as a form of atompunk. In fact it's 'atompunk' at its most literal, being about atomic warfare and, well, punks. I have a little embellishment on that in the atompunk thread. True, the conflict is about gasoline, and there are numerous vintage cars scattered about the production design, but that doesn't make it dieselpunk any more than it makes the weirdo huffing lysol behind the 7-11 a dieselpunk. 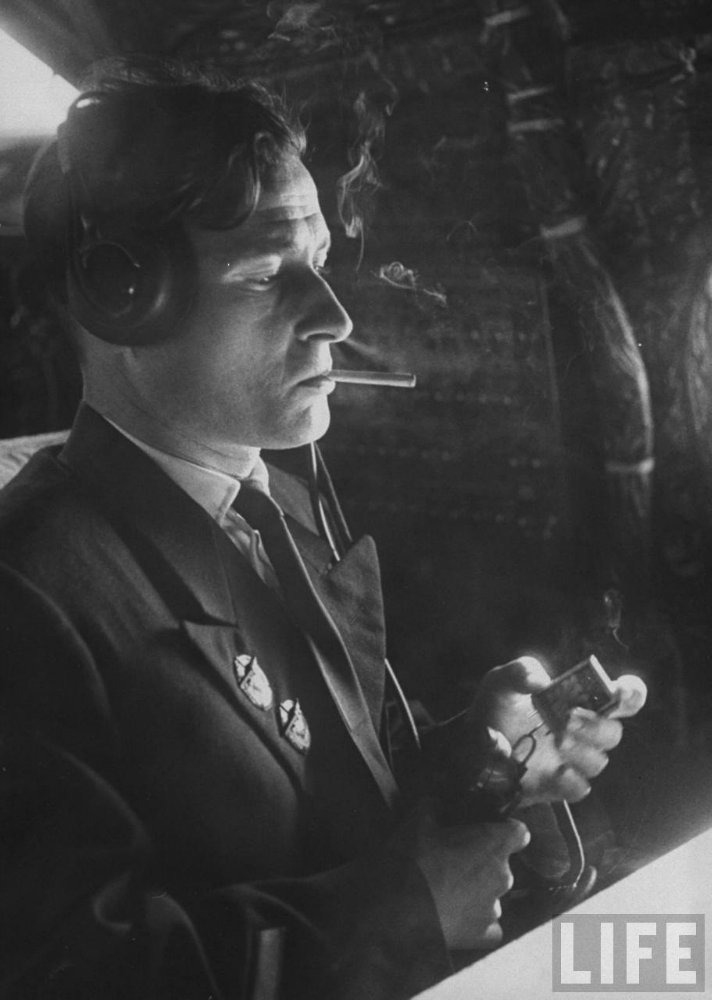 Here are the vanships from Last Exile.

Bioshock  Infinite is  steam  punk,  because  it[s] set in 1912, in  transitional era  between  Steampunk and  Dieselpunk.  Resistance:  Fall of Man  is solid  diesel  punk, because atomic energy was  not  invested in  that  alternative 1951  world.

I think that the comic, Fray, is very dieselpunk. For the uninitiated, its the brainchild of Joss Whedon, whose done a whole lot of stuff-his short but much loved Firefly series is a Steampunk favorite(though I daresay its got some Dieselpunk aspects, as well.)It's basically a sequel to his most famous creation, Buffy the Vampire Slayer, where Fray is-unknown to her, at first-the first vampire slayer in centuries. Her world is a dystopian one of a gritty, urban, pseudo Art Deco Manhattan, where they have flying cars and/or cycles, but they're not the super, streamlined visions most usually have of such things, but more bullet-shaped, and definitely chunkier-somewhere between a Desoto and a Nash Rambler. It's part Blade Runner, part Lord of the Rings, with Fray fighting human, mutant, or mystical beings instead of almost perfect androids in the aforementioned dark, dirty landscape of what is supposed to be the slumlands of Manhattan, two hundred years in the future.

Their guns are "ray guns," after a fashion, and are very "Flash Gordon" in design. 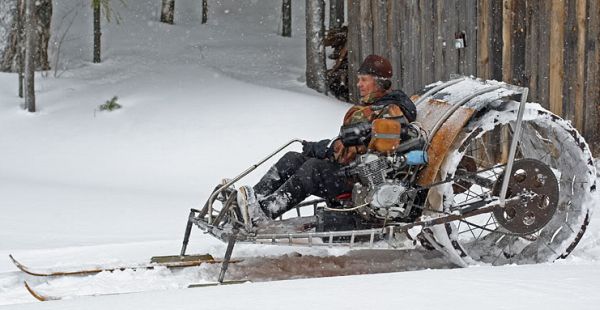 This guy is pretty Dieselpunk, in my mind. He built a home-made machine from a Yamaha engine and lots of other parts. The whole story is in Automotto.com. Especially if placed in the context of the WWII era, this feels pretty Dieselpunk to me.

I hate to do it, considering that there are tons of things out there to mention (including a 1980s computer game that seemed to inspire Iron Sky, the somewhat wooden but still intriguing novel Ghosts of Manhattan, a fascinating book by my friend Cynndara Morgan called The Wolf and the Forest, about an alternate 1930s in eastern Europe, (I could go on listing), but the thing I feel compelled to mention, because it has space nazis, star trek, and lots of dark eerie cinematography is the two-part episode of Star Trek Enterprise called Storm Front, from season four. It has the Ottensian optimism that you would expect a Star Trek episode to have (even though Enterprise was probably the darkest series of the franchise), but with a hidden alien agenda and the usual darkness that accompanies nazis. Of course the temporal setting is complicated, and the story line is based on a perspective from a future century, but it has the elements it should have, including an alternate history in which Lenin never came to power and the nazis took over Britain and part of the United States.

There, I've done my proselytizing for Enterprise. I feel so dirty.

Those are great examples.

Oh, I forgot one other thing when I was making my list of things that were superseded by Storm Front. There's this car, the