I have always found Military motorbikes of interest,and one of the strangest dealings during the early 1930s was with the American Harley Davidson and the Imperial Japanese Army.

In the early 1930s Japan's Army was looking at expanding in manufacturing and importing machines and parts. So the Japanese Army looked to sponsor companies that could help them,and in those days if you owned a company in Japan and the Army came knocking on your door "asking" for help then you gave it.

The Japanese Army went to a manufacturing company in Tokyo called Sankyo Seiyaku and asked them to manage a new motorcycle business. The army was already using a Harley Davidson 1200cc but these was costly for the Army. 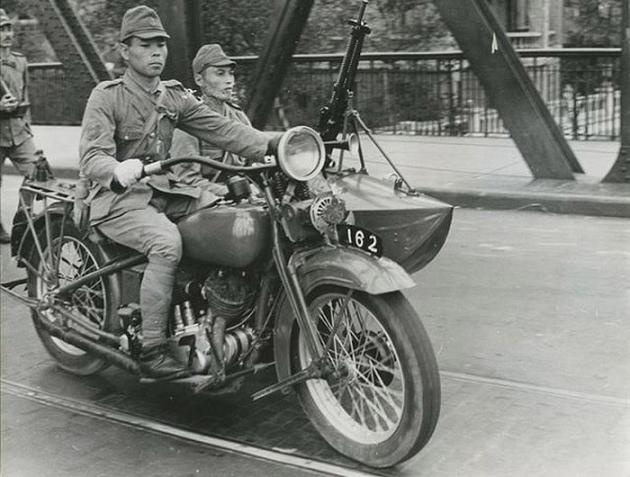 In 1932 buyers from the company Sankyo went to Harley Davidson in the U.S. and did one of the best deals in (then) Harley's history.

Well 1932 wasn't a good time in the U.S. with the depression. Sankyo arranged to purchase the entire 1200 cc factory. So in 1933, the factory was broken up, sent to the coast, shipped to Japan, and rebuilt at Kita-Shinagawa, Tokyo.

All with money from the Japanese Army and in 1933 production was soon under-way, and the machines were sold initially as Japanese-made Harley Davidson's, with the name "Rikuo," or "Road King," given to them to make them seem more like a domestic product.

The army-use versions were known as the Type-97 motorcycle. 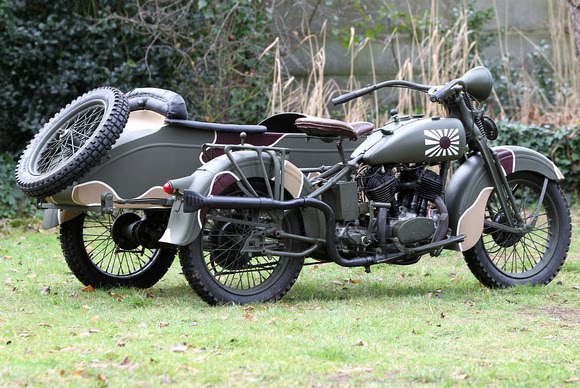 Harley Davidson's decision to sell the factory to Japan in 1932, the year after Japan's invasion of Manchuria, was not seen as especially controversial then.

Sankyo was a civilian firm, and the fact that the money came from the Japanese Army was not disclosed by Sankyo.

Also, the deal was brokered by a proxy company, so it wasn't direct support of Japan's military or Japan's foreign policy by Harley Davidson.

The Rikuo 1200cc motorcycle was sold to wealthy civilians as well as to the army, both in Japan and in Manchuria, and was used throughout the Japanese empire. 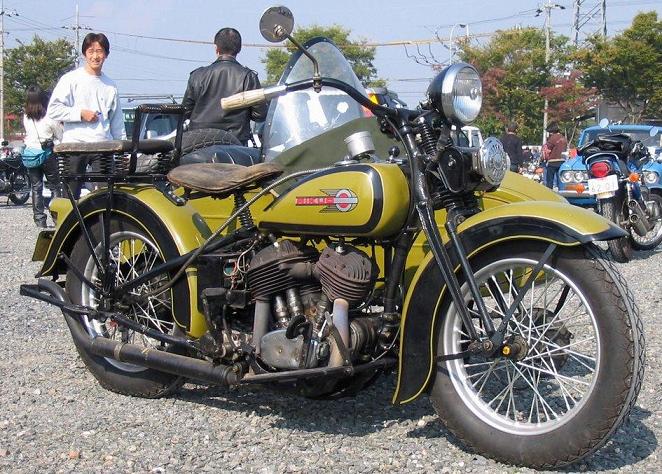 For more on Military Motorbikes around the world.

Fascinating, thanks for sharing!

Either one of these yours? Beautiful restoration. Thanks for sharing.

No none belong to me,thanks for enjoying.

GREAT article and photos! Thanks for sharing!!!

One Question? = Were these bikes built in Metric or American Standard???

May seem like an odd question, but if AS, then for anybody who has held the Wrong Wrench For The Job they could actually see this (in an admittedly twisted sense) as a ~ PATRIOTIC ~ effort by HD to further frustrate the common Japanese soldier!  LOL

HDs are a sweet ride no matter who builds them! I wonder if these leaked oil as bad as their American cousins???  LOL

Good question Dan, well a few of Harley's technicians went along to help erect the plant and set up the machinery. Harley also provided all the necessary tools, dies, presses,and heat-treating secrets. So i would say with the machinery used it would be to the American Standard.

I gained some info from this book.

I suspected as much! HD gets to keep its Eagle!  (LOL) Thanks, "Elvis".

Good question Dan, well a few of Harley's technicians went along to help erect the plant and set up the machinery. Harley also provided all the necessary tools, dies, presses,and heat-treating secrets. So i would say with the machinery used it would be to the American Standard.

I gained some info from this book.