When I started to invent the world for my comic (Monster Commute), I knew that I wanted it to have a "steampunk" flair... but more 1936 than 1836. I wanted something with smoke churning cars, overpopulated cities, bustling cities, machanical "guardians" and an evil authoritarian government.

I had no idea that this was likely nearer to Dieselpunk than to Steampunk. (And I suppose that's up for debate.) But one big verge for me was to make this world monster-centric, instead of human-centric. 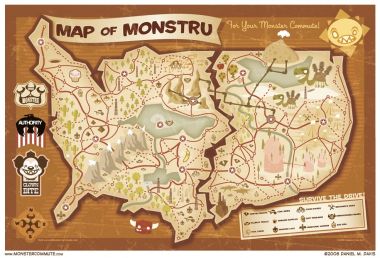 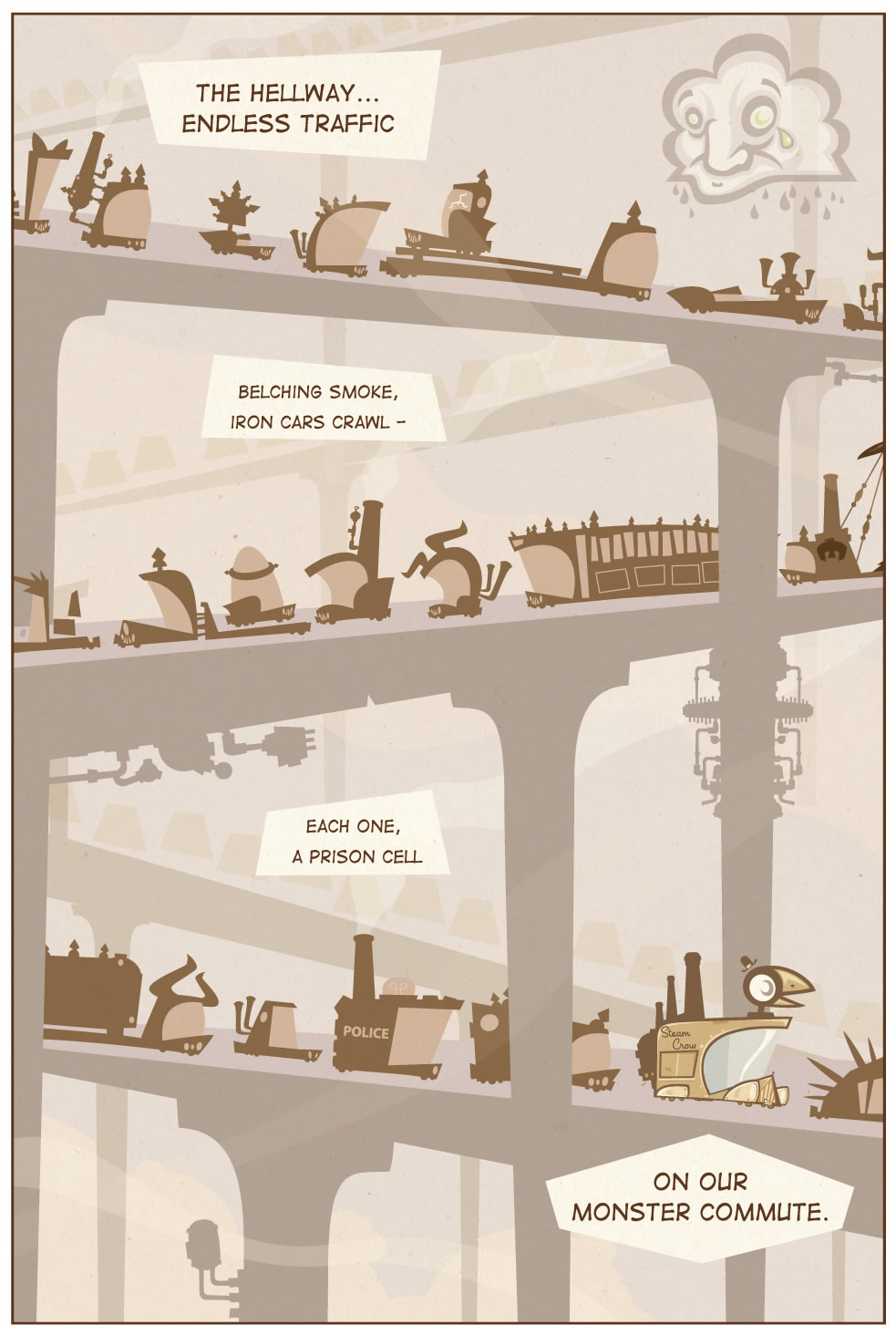 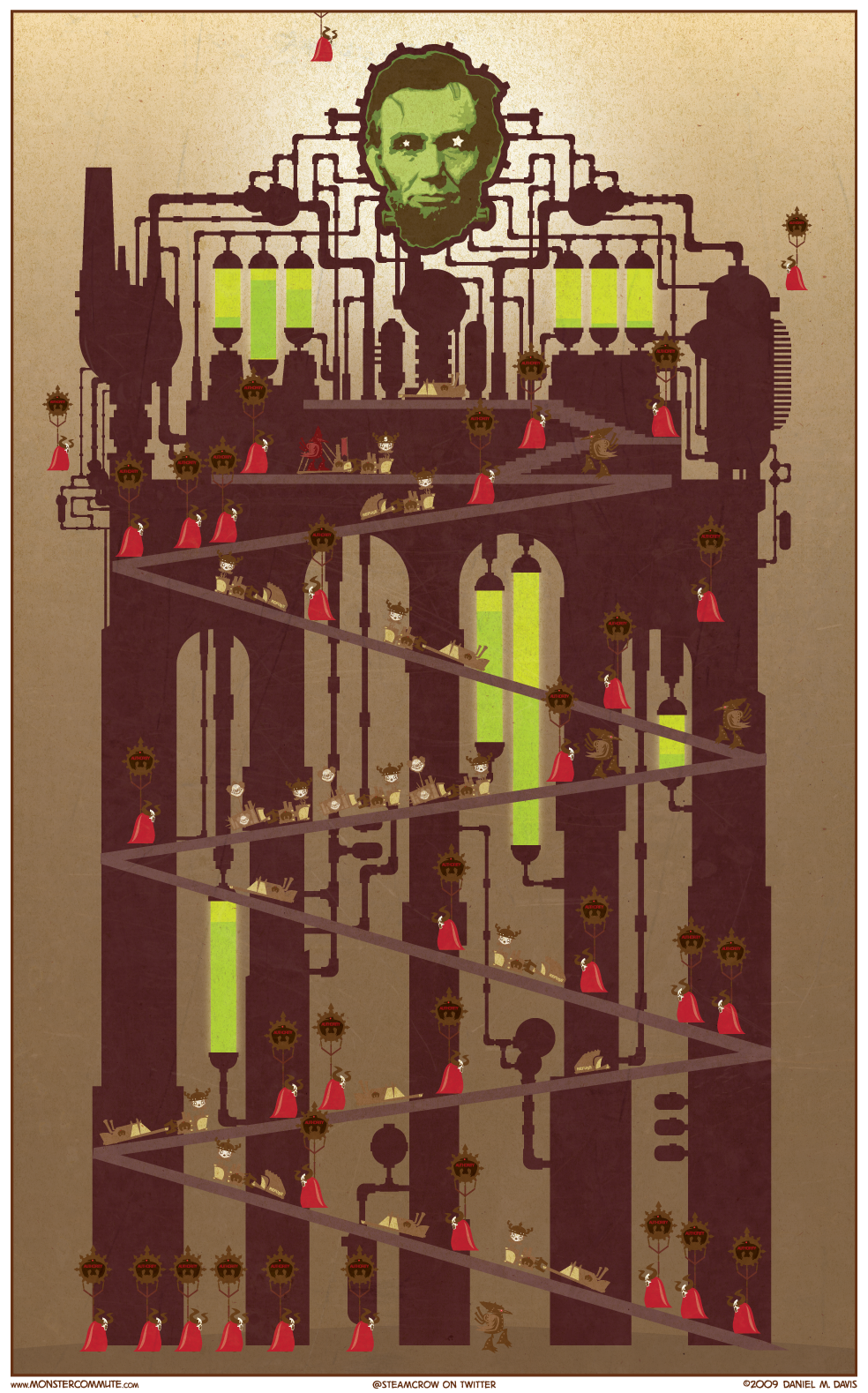 In any case, it's been a fun world to develop, and I've got a long way to go.

It's been fun to satirize fast-food culture, fascism, and the modern "live in your car" lifestyle.

I came up with the idea of the comic as I was sitting in epic 110 degree Phoenix heat.

Permalink Reply by Tome Wilson on September 1, 2009 at 10:13pm
I sympathize. My 13 mile commute to work takes over an hour (usually an hour and twenty) each way.

I wonder if there's a proper category for going "Mad Max" in the DSM4 yet? Post-traffic stress syndrome?

Permalink Reply by lord_k on September 2, 2009 at 5:17am
This is a valuable contribution to our cayse :)
Thanks, I really enjoyed it.