As new rules at the place where I work private radios which are connected to a wallsocket are no longer allowed (it has to do something with the insurance), I needed a battery powered radio with does not consume much energy. Of course I could have bought some cheap trash  USB-powered mini radio from China, but that's not the way solve the problem. I've made my own radio:

It is basing on a radio kit from "Conrad Electronic" which I've bought for 10 EUR. (The casing is on the left of the picture.) I knew from a previous made radio that it runs really long on two AA-cells. But the paper-casing is not sufficient for me. So I had this little weekend-project. I've used some plywood, a piece of old curtain (for the loudspeaker), some leather (behind the radio-buttons) and an aluminium strip. I took a better speaker than the original speaker from the kit. Also the telescope-antenna was a bad joke, so it has a built-in antenna made from copper-foil (enough for the local stations) and a connector for an external antenna. The finishing of the plywood is wood stain (nut-tree) and shellac. There is a new shellac from "Clou" with the name "Lumberjack". You can use it like any normal paint, not a s the classic shellac, which was a little bit difficult to handle. Another big advantage is that it does not stink while working with it. 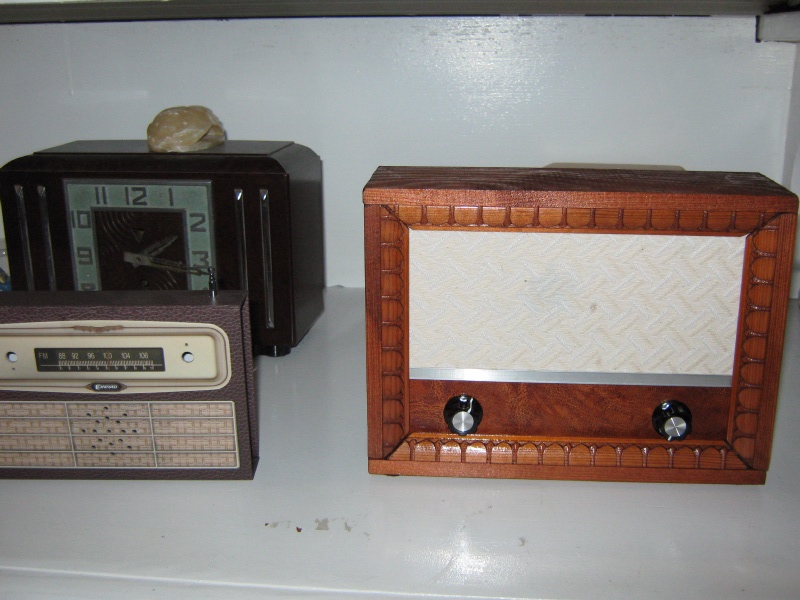 Pretty classy.  What do your work-buddies think of the new box?

they loved it and asked if can make more and sell it :D