Question from a steampunk/dieselpunk newbie: having harbored and invested interest in hunting bows, what is the likelihood of a steampunk character wielding a bow instead of firearms?

Not very high I should think.

It wouldn't be "in fashion" (either now, or during the Victorian/Edwardian era), but it would be a unique twist.

Everyone has six-shooters and ray guns.  I would love to see a bow as long as it fits the overall theme and mood of the character.  If you just go for the prototypical upperclass urban steampunk attire and slap a bow on your back, I feel it would be out of place.

There was a resurgence in archery and arbalestry in the mid-late 19th century then again after WW II.

The first compound bow patent was granted in 1969 "for women who could not draw 25-30# target bows."

At least one larger-than-life character carried a longbow (bagpipes and a broadsword too) throughout WW II: http://en.wikipedia.org/wiki/Jack_Churchill  This at least sets a precedence.

I was fortunate enough to know one fine Scottish gentleman, John Ferguson, whose favorite WW II memento was a Turkish composite bow (and thumb ring).  His was the first shootable double recurve bow that I saw but now you can find all sorts of Chinese, Korean, and Hungarian double recurve bows on Ebay and through various archery suppliers for good prices.  I have a couple.  They are not super stable and accurate but they are handy and fun to shoot.

If you are into NERF LARPing (which I have never even seen at a con) then there are several potentially moddable NERF bows and crossbows. 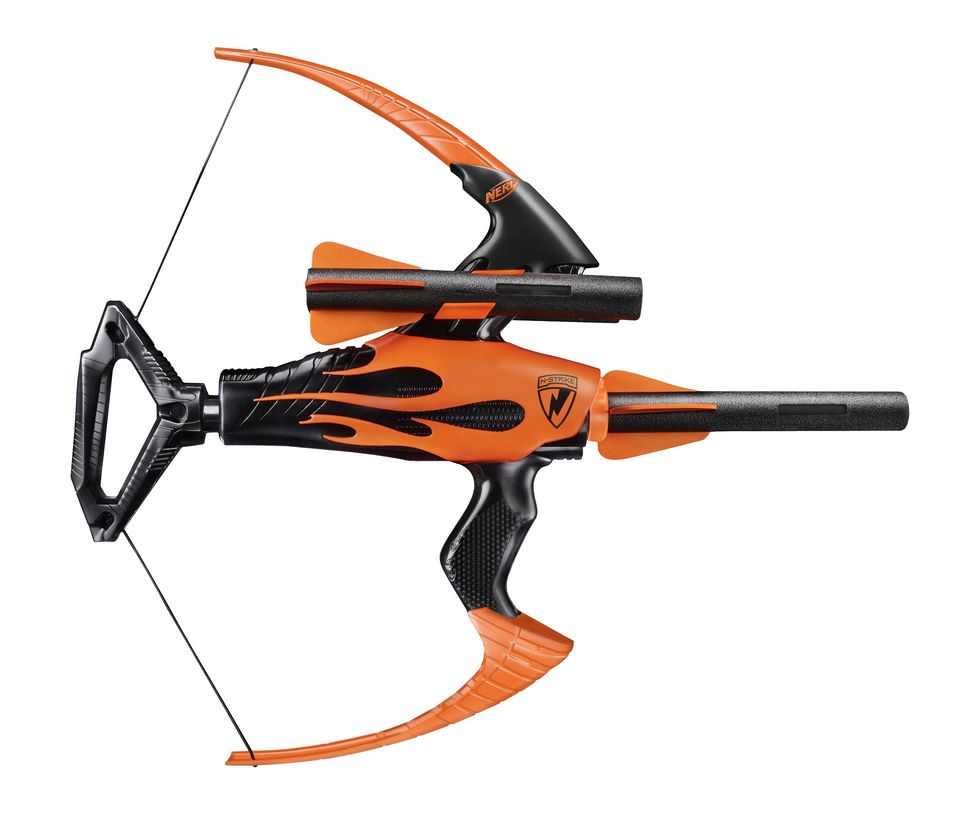 The downside to a bow (or sword) is that it gets in the way so much and you feel like you are "babysitting" it at a con.  Some sort of back bow scabbard might be a worthwhile project and could look cool.  http://www.horsebows.com/funstuff.htm

There are all sorts of exotic arrowheads available these days like these fire arrowheads:

And of course check with cons before carrying any weapon-like things.

In the zeitgeist of the time the bow was something that primitive people used and not 'civilized' individuals. This is an attitude that persisted remarkably well into the 20th century. This isn't to say that medieval weapons had no place in Victorian society, since there was a resurgence in medieval era sword fighting and combat in the late 19th century. Also swordsmanship and fencing was seen as a very gentlemanly activity and the upper class all probably had some knowledge of sword fighting.

I do remember watching The Most Dangerous Game (1932 movie) where it was made quite clear that the bow is the 'weapon of the savage'. Also in the 'documentary' Nanook of the North the director deliberately asked the Inuits to use bows instead of guns (they had long since abandoned bow hunting) because he wanted them to appear as if 'living as they have been for generations' and thus reinforce stereotypes of primitiveness. Of course that was actual history, maybe in your setting it could be that the person just had a love of the old ways and wanted to be a little different, or maybe they grew up in some far off lands and learned to use it from the natives there. There are quite a few possibilities to explain that.