All who read these pages are going to be familiar with the ordinary bicycle, also known as a boneshaker, and most commonly known as the penny farthing. There is a company near me that makes a 48" ordinary replica, very well constructed, but with a price tag of $1,200.

I'm a member of an online bike building group called Freakbikers United. We build and share "freak bike" ideas. Bikes with unusual geometry, tall bikes, multiple wheels, etc. It's good fun. The group recently had a competition to build a homemade version of the penny farthing, but using regular wheels, something which is sometimes referred to as a penny fakething. Because, well, it's a fake farthing, obviously. I entered, using a 26" standard front wheel, and a 16" kids bike rear wheel, I made this using only parts that I had in my bike junk pile. Not one piece was purchased for it. I decided to give it a general look and feel of an old bike, which is a direction that many of the others didn't bother with.

I didn't win, but I've now got a great bike, and one that I've taken on many long bike rides, including a local tweed ride. That crowd ate it up. I've probably already ridden close to a hundred miles on it. About 50 miles in, I put a brake on it. It's a little safer down hills, now. ;) 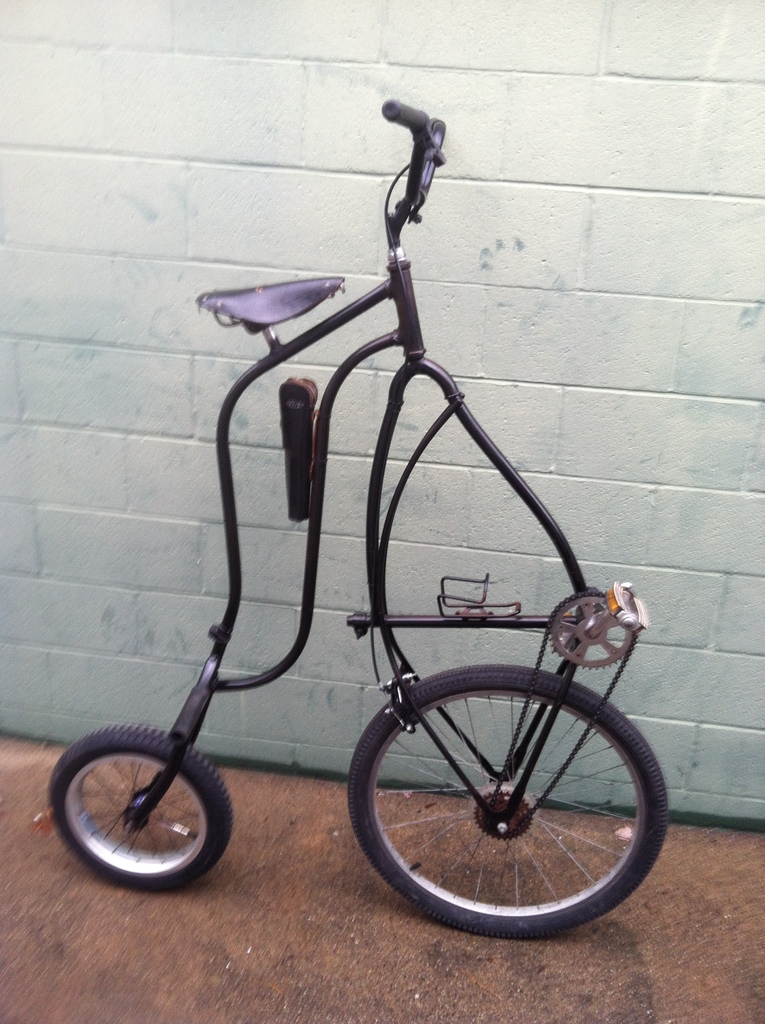 Follow the link to watch a short, shaky video taken by my son: http://vid3.photobucket.com/albums/y96/deven_science/Bicycles/IMG_2...

I love it! Great job.