This has been one of my favorite radio stations for years. Another station I listen to on a daily basis is Electroswing Revolution Radio: http://www.electroswing-revolution.de/#289

I'm so thrilled! I thought the site had been shut down and typed in the url out of nostalgia. What a pleasant surprise to find you're all still here! Loving these tunes!

This is it.  Drink it in while you can, because we'll be putting the chairs up on the tables soon.

So, this is the last playlist?

Get swinging this Autumn with some diesel-era cover songs.  They're the cat's pajamas! 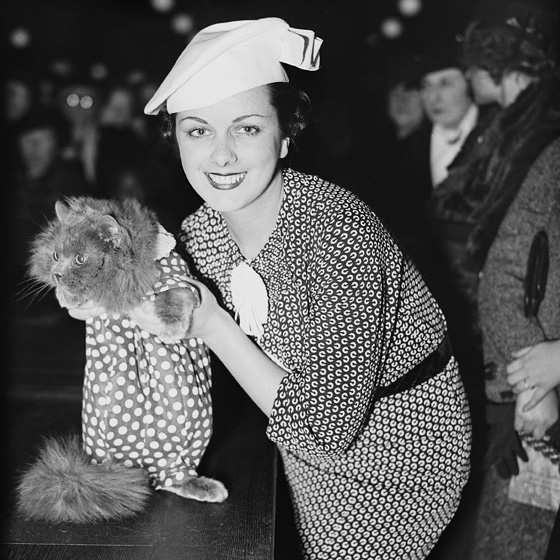 New Halloween playlist: Glad to see it has Ghost of Smokey Joe.

Wouldn't know what to do with myself otherwise.

Announcing "Hot Jazz for Cold Nights," our new music playlist for the Autumn of 2014!

@C William Phillips - Unfortunately, no.  My licensing deals for the songs are pretty specific about how I can present them, and MP3s are too easy to steal.  It's something I've been working on though.  Just don't have the thousands to spare on revised licenses right now.

Any chance you could convert these to mp3 format for Kit Kat Android users whow can't listen/watch Flash files?

Swing hard this Memorial Day weekend with over five hours of new and remixed dieselpunk and electroswing tunes.

Comment by Tome Wilson on May 12, 2014 at 5:11pm
Yeah. Spotify (commercials, bad service, lack of music), Soundcloud (no copyrighted music)... Even researched my own online radio station ($1750+ per month in hosting for super low audio quality).

We're definitely under the radar, but one hit from the MAFIAA could cost me my house, so I err on the side of caution.

Huh, so it was that obvious...

Have you ever considered making a Spotify playlist instead? I'm pretty sure there is a plugin that allows you to set up a player on your site, and it's completely free of charge as far as I know, especially when the website's not of a commercial type and you're not gaining a lot of financial benefits through it. You're doing damn too good job to be constrained by mere licensing.