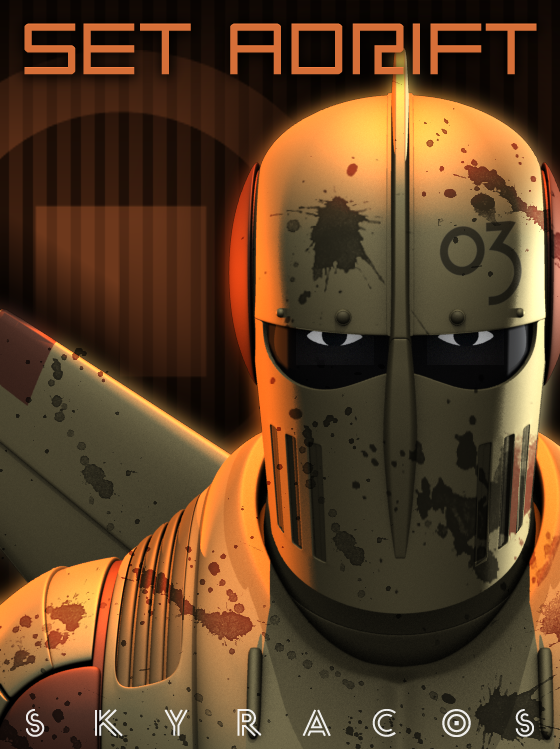 Skyracos are winged warriors who struggle to keep their humanity while executing unsavory missions on alien worlds. Though they hail from the planet Centrus, they operate on the frontier of the known and unimagined where they are forced to interpret crises and dispense justice on their terms, or so they think.

In "Set Adrift", Skyracos Jet Coto and Jay of Tanner are stationed on the planet Claous. The two flying men of mettle find themselves on a last minute missions sending them on an unsavory rendezvous with fate.