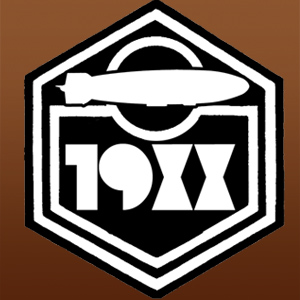 I've designed a new set of playing cards based on the early days of aviation. The Flight Logbook set comes with one Airplane Blue Deck and one…Continue

If you're going to be in San Diego this week, I will have a limited…Continue

Adv. of the 19XX Game now on Kickstarter!

Hi, I just launched the kickstarter to get my game produced. So far it's…Continue

Alyssa McNubcake said…
Thank you for the compliment! :D

Sounds really awesome, I wish I could've been there. Instead I celebrated the day by watching The Rocketeer with a friend who hadn't seen it before... and it was just as good as ever. The friend liked it too.

What's Billy Campbell like? What's he up to these days? Does he look much the same?

I've seen the new second trailer for Captain America... looks just as awesome as the previous. I was already really keen for that film before I knew it shared the same director as The Rocketeer, but now that's just an excellent added bonus! I might consider seeing that film in costume too... probably nothing too fancy, just something somewhat era appropriate.

Tell me, how was it?