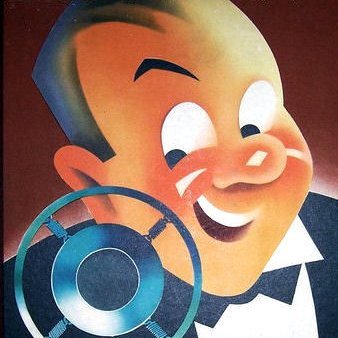 Some Tunes To Croon In The Month Of June, From The Ol' Panther

And now, the moment that at least half a dozen of you have been waiting for— presenting the June Pilsner's Picks! If you like slide whistles, snake charmers, stream line rhythm, and soft lights and sweet music, we've got 'em all. It's too tight!

Mayday! Mayday! It's The May Pilsner's Picks!

Since you've got to be modernistic, why not be modernistic with the May edition of Pilsner's Picks? After all, this ancient music was all very modern, once upon a time.

For example, John Kirby and his hot little combo were making Beethoven roll over, years before Chuck Berry did!…

Contrary to rumor (started on my Facebook page as an April Fool gag), Pilsner's Picks has not closed up shop, so here's the April edition— no fooling!
This month featuring a famous sister act, a famous brother act, Syncopators,…
Continue

Marching Into March (Not Yet Swinging Into Spring, It's Still Too Cold) With Pilsner's Picks!

The Donald The President (or is that The President The Donald?), hasn't found any reason to shut down Pilsner's Picks yet, so here's the March edition.

Notable this month, a real oddity in the enormous Duke Ellington discography: an early Ellington band record with an accordion as the featured instrument. I suspect that this is the only such record of the Duke's, and I've heard most of them from the 20's and 30's. Who did he think he was, anyway? Lawrence Welk?!

Ah bother. A great pity indeed. It's most unfortunate that I won't get to hear April's Picks. But then I guess these things can happen sometimes. I shall look forward to May's Pick, and hope that they may be just as good as whatever April's may have been.

Oh, and of course I don't blame you at all for any of this. It's awfully frustrating when technology doesn't do what it's meant to. I do hope you can get it all up and running again. Best of luck, sir.

Hey, Pilsner. I've been wondering what happened to ya'.