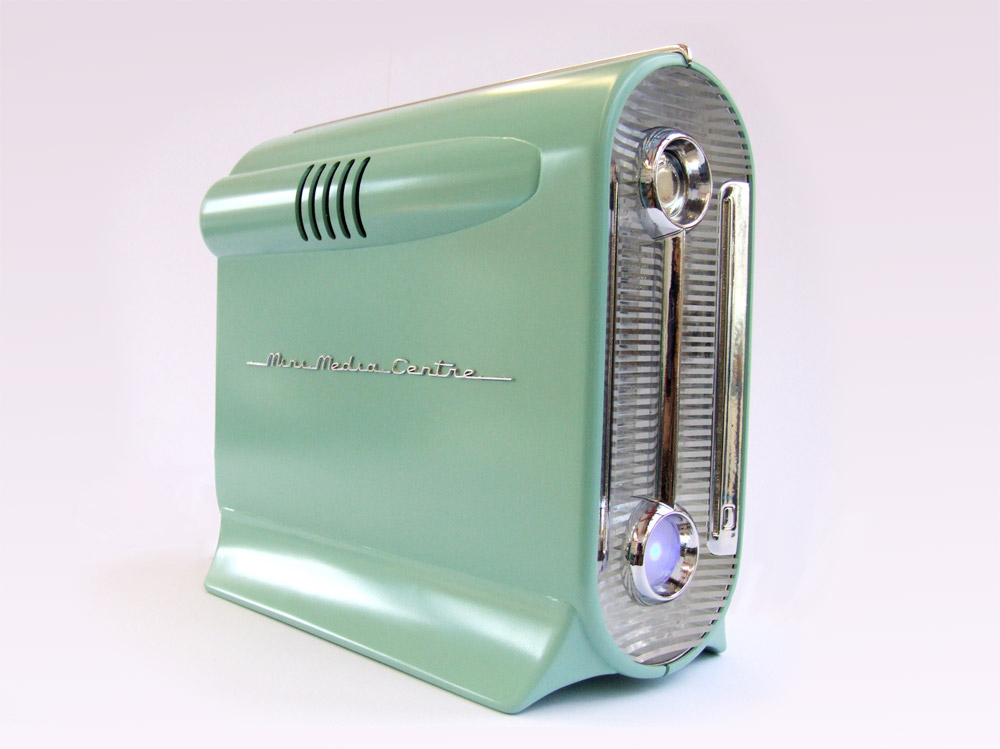 Started as an art project for his BA in Modelmaking for Design and Media, Thomas created this great looking and functional computer.

Check out his process from start to finish with notes and photos at http://workshop.thomthom.net/minimediacentre/.… The future is here, today!

Have a relaxing smoke and check out all of these vintage ads from the dieselpunk yesteryears.

And women, don't forget to ask your husbands for permission first! *grin*

"Why Our "Amazing" Science Fiction Future Fizzled
By: John Blake
Source: CNN - 29 May 2009

At the 1964 New York World's Fair, people stood in line for hours to look at a strange sight.

They wanted to see the "Futurama," a miniaturized replica of a typical 21st century American city that featured moving sidewalks, computer-guided cars zipping along congestion-free highways and resort hotels beneath the… Continue

Dr. Steel is a man of many talents with one simple goal. To make the world a better place. Through entertainment, vision and passion, Dr. Steel feeds the hungry masses who starve for happiness.

"It all comes down to having fun. We spend our lives trapped, when all we… Continue

One of the biggest Steam and Dieselpunk events of the year is coming up this weekend in San Mateo, CA.

On May 30th and 31st the Maker Faire at the San Mateo fairgrounds will be displaying artwork and music from some of the country's best artists.

Kinetic artists CTP and Nemo Gould have organized an exhibit featuring kinetic sculptures by various artists. This will be their largest selection of artists and our largest amount of space at Maker Faire to… Continue

Decorated with four glorious chimneys, this is one of the most famous buildings in UK. Living Dieselpunk symbol, the station is looking fine in a Steampunk entourage: Construction works started in 1929 and were accomplished only in 1955. Sir Giles Gilbert Scott was in charge of exterior design.
Battersea Station owes a lion's share of its fame to Pink Floyd album Animals (1977). Long before that it was featured in The Beatles'… Continue

10 Steps To Make Your Own Dr. Steel Mind Control Cookies

Dr. Steel and his Army of Toy Soldiers march forth to extinguish fear from the minds of the people and to instill inspiration and creativity into the lives of each and every one of us.

If you would like to spread the good Doctor's message to your friends, family, and local government officials, say it with cookies.

Click on the image below and download it to your computer. It's pretty big, so give it a second or two to load.… Ever wonder what would happen if Raymond Chandler wrote Daredevil?

Well wonder no longer, because early next year Marvel Noir will debut… Continue

Another monster,
inspired by Fallout3, especially the cars from Tranquility Lane where evil Dr. Braun is hiding.
Nuclear propulsion, range about 8000 km as the experts say.
Picture is too grainy - too lazy to find out what happened to the render. 80 years ago a man (and a woman) landed on the Moon - in Fritz Lang's Frau im Mond movie (known as By Rocket to the Moon and Girl in the Moon).
Today the landing episode may look ridicoulous, but the start is still majestic as ever.
Famous rocket scientist Hermann Oberth provided Lang with technical advice and stuff.


First woman to the Moon. First countdown. Don't forget it's 1929.
And here's the synopsis by… Continue

How-To: Make a photo with a pin-up girl look

Using a mixture of filters and blending modes, Corey takes a stock photo and transforms it into an old, classic 1950’s pin-up poster.

Check out the video at PlanetPhotoshop.com

Corey Barker is Executive Producer of PlanetPhotoshop.com and is an Education and Curriculum Developer for the National Association of Photoshop Professionals. Corey has also made numerous appearances on the highly rated… Continue 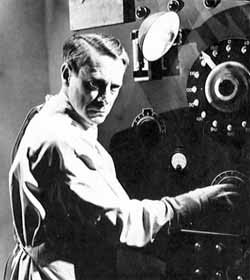 “Mysterious Doctor Satan” (1940), like “Adventures of Captain Marvel” (1941) the following year, owes its existence to Superman. Not just because Superman caused a huge explosion of masked crime fighters in the forties, but mainly because “Mysterious Doctor Satan” was supposed to be “Superman”. Republic had been in negotiations with DC since 1939 for the rights to do Superman but couldn’t come to terms with DC. Not being a company that wasted anything, they took their already… Continue

Strangers Project is love / suspense / spy story set in 1972 - an alternate 1972, very different from our timeline.
No H-bomb. No satellites. Not a single Japanese car on the street. You can still go to London by a flying boat. You are quite sure that your jeans were invented by some Frenchman. UFA beats Hollywood at box office. Duke of Edinburgh is called Ernest, not Philip. And they still wear blackshirts in Italy...
Strangers'…


Find more photos like this in the Dieselpunks… Continue

The Clockwork Cabaret is a weekly radio show hosted by the darling Davenport sisters on WCOM 103.5 FM-LP in Chapel Hill/Carrboro, NC, every Monday at 11pm. And, you can call in to the show via the telephone at 919.929.9601.

They play the "Music o' Gears", an anachronistic style of music that will make you long for the days gone by. A wide assortment of jazz, blues, goth, folk, swing, gypsy punk, dark cabaret, classical and other related genres.

So, pour yourself a glass of… Continue 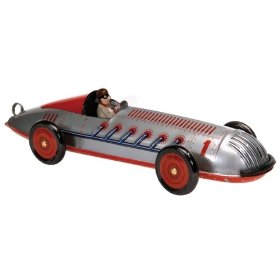 Originally made in Buffalo, NY, this is a unique tin race car. You wind it up by pulling out the spiral rod at the back of the car. This car has a unique wind up motor and embossed race car graphics. Measures over 12 inches long. Boxed in a themed box. Part of the… 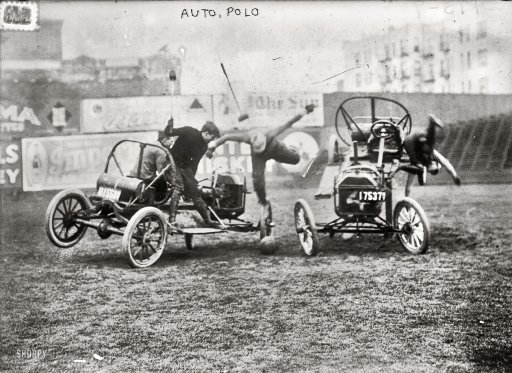 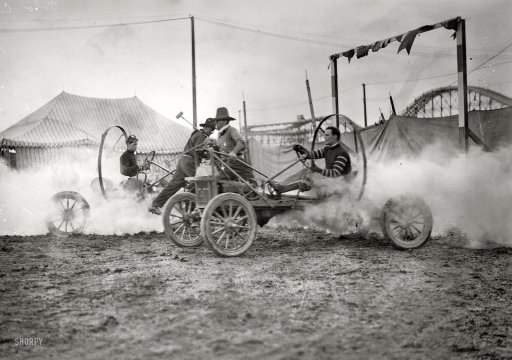 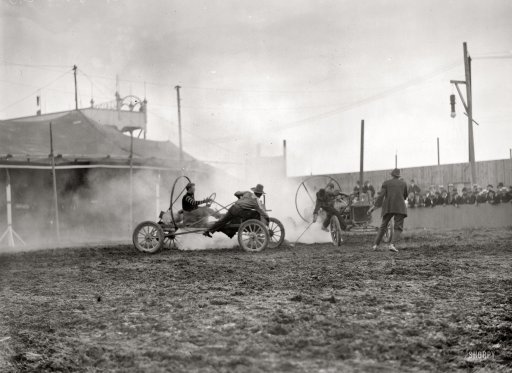 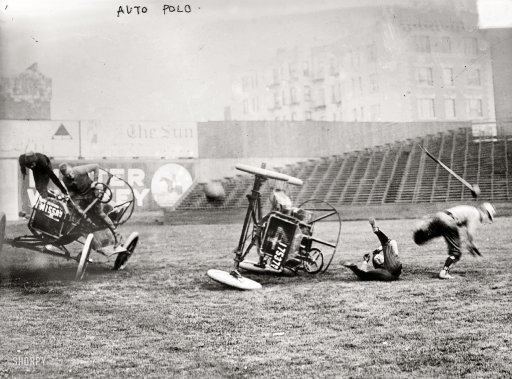 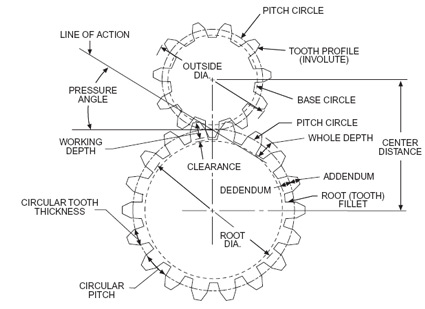 Boston Gear offers an overview of gear theory in the form of a free 5.5MB PDF file.

This engineering information explains gear nomenclature, tooth formulas, backlash, tooth strength, torque and horsepower requirements and other standard gear selection formulas. Our Gear Theory Manual is a must for anyone who frequently deals with gearing in…