With the wind at our backs and the spirit of adventure in our hearts, Dieselpunks is proud to present The Grey Griffins Scavenger Hunt. Created by JS Lewis and Derek Benz, Grey Griffins is a steampunk adventure novel mixing equal parts Hellboy with Harry Potter that fans of Leviathan and Boneshaker will love. To promote the newest book in the Grey Griffins series, we're offering our loyal members a free autographed copy along with a poster pack for…

I found this site earlier today and found it to be a very interesting resource on Art Deco: Art Deco Style - The Ultimate Guide to Art Deco.

The site covers the definition of Art Deco, fashion, art, jewelry, interior design and much more.

My steam/dieselpunk novel has just garnered a good review!

This has to flavor of an old 1930’s movie plot, with brave adventurous pilots and braver women. It’s reminiscent of a Saturday
Morning movie serial, that keeps you asking, “And what happens next?”

Art Nouveau poster from the 1920s 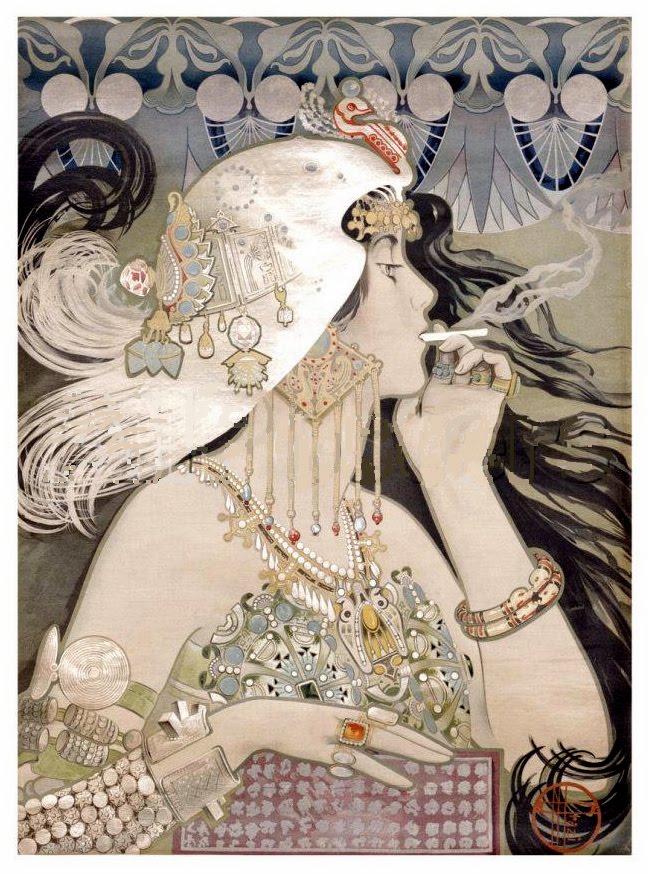 Abram Games, whose real name was Abraham Gamse, was born in Whitechapel, London, in 1914. 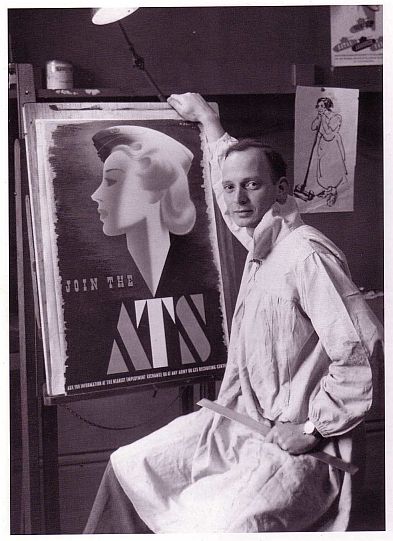 His father, Joseph Gamse, a Latvian photographer, changed the family name to Games. For a while Abram Games attended St Martins School of Art in London but, disillusioned by the style of teaching and deterred by the high tuition fees, Abram Games soon left the art school. From 1932 until 1936, Abram Games worked…

It's Getting Chilly (Keep 'em Coming for the Expo!)

I know you're probably all stuffed with various harvest holiday fare, but let us think of those who cannot partake. Let us warm our hearts for...the machines. There's still time to put together your Exhibition entries for November's topic for the Exhibition. Don't be shy!

November: Welcome To The Machine - Of course, no great run of prosperity comes without the work that
makes it happen, and to the Diesel era, that meant… Continue

There's something magical about looking at a good looking piece of steampunk art, and knowing that it actually does something. I'm not knocking the rayguns and hot-glued gadgets prevalent in steampunk art, but dammit I want a real raygun that could really disintegrate my neighbors car when her alarm goes off at 6am.

So, when I see a fine looking casemod, it makes… Continue 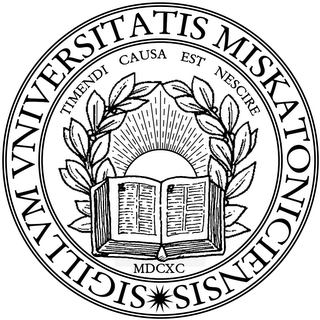 This week, we're showcasing the strange works of artist Murray Groat. While his gallery is full of the surreal and sometimes comical, I was most excited to see his fabulous mashup of Hergé's boy-adventurer TinTin stumbling into the world of HP Lovecraft. His beautiful pieces can be seen below.… Noir of the Week

I just came across this blog "Noir of the Week." Every week the blogger, Steve O, reviews a different film noir. According to the blog the owner Steve O also manages the official message board for the Film Noir Foundation. What's it - a Shinkansen? No, this poster was printed almost three decades before the first Bullet Train, in 1937. The object represents a streamline narrow-gauge steam locomotive No. 5343. It belonged to quite unremarkable C53 class of Japanese…

Welcome to the Killer Serials on Dieselpunks.

Killer Serials is our segment on Dieselpunks for showcasing cliffhangers and serial thrillers from Hollywood's golden age. 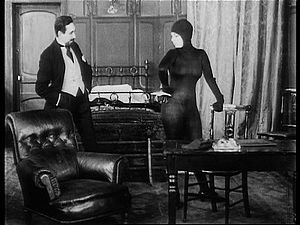 In November 1915, the walls of Paris were plastered with street posters that depicted three masked faces with a question mark as a noose, and the questions "who, what, when, where?" The time is the late 30's, the place is somewhere in South America... yes, some sort of Latino-style Diesel City.

Knights of the Air: Alexander Kozakov 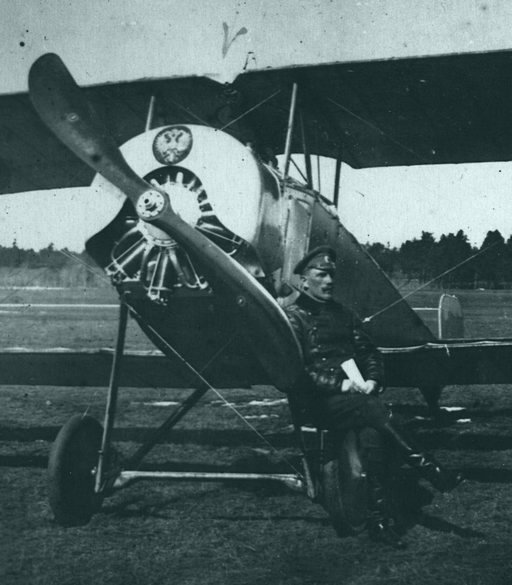 He was born in Kherson province. Educated in Cadet Corps and Cavalry Officers School, he entered the ranks in 1908, beginning his service with Belgorod Uhlans. Ironically, the Colonel-in-Chief of his regiment was no other than Franz Josef of Austria and Hungary. After serving in the light… Continue

This comes too late, but there was an excellent Modernism exhibition at the Minneapolis Institute of Art. So much delicious chrome and glass.
http://www.artsmia.org/index.php?section_id=2&exh_id=3225

Of all pre-war German cars, Maybach was the most powerful, Mercedes-Benz the most impressive and Horch the most elegant. 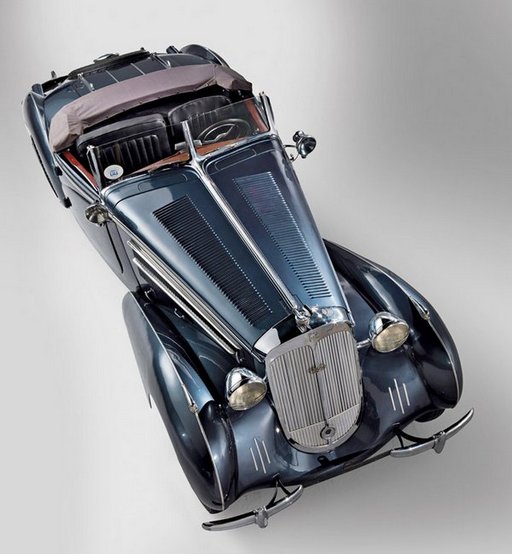 Horch & Cie. Motorwagenwerke AG was founded by August Horch in 1904. Six years later Horch, who had to leave his first company after a financial conflict, founded another car company,… Continue

A thanksgiving turkey is delivered to Washington, D.C., for President Herbert Hoover. 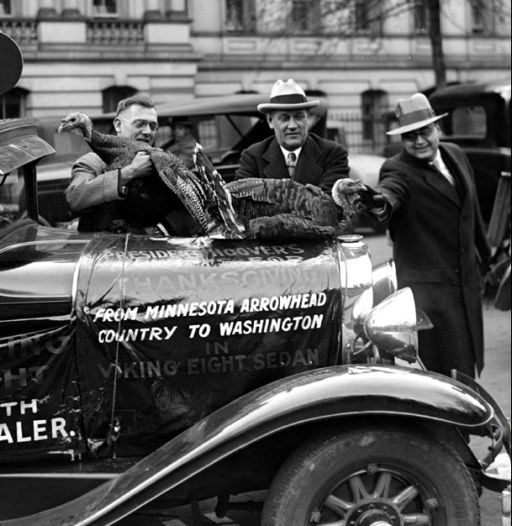 Yesterday, 11/24/10, my wife and I visited the new Texas Museum of Automotive History located in the historic Dallas Fair Park grounds. They have an amazing collection of classic cars and the staff were fantastic. They showed a true love of cars and treated us as welcomed guests. It was a fantastic experiance and if you ever come this way you need to visit this museum. The web site is http://www.tmah.org/… 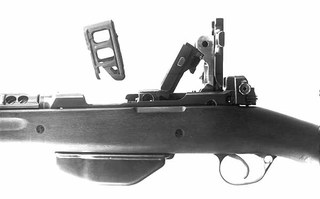 As the clouds of war parted, firearms designer John Pedersen looked to the future of small arms, anticipating the need for a new semi-automatic rifle to replace the M1913 Springfield. Pedersen would put together a rifle, unusual for its method of operation, that would go up against the weapon fielded by the U.S. during World War II.

And yet, in the years before the war, the Japanese… Continue