Wilson Elliott was 18 when he was shot down while on his 23rd mission in Germany during WWII.

There were 10 crewmen aboard the B-17 Bomber “Banshee”; five of them lost their lives on this day, April 17, 1943. The rest became Prisoners of War. This was the aircraft and crew which got worldwide attention after destroying 6 German planes in 12 minutes in an air battle on its 6th mission over German targets in 1942.

You know what the three most exciting sounds in the world are? With Dizzy's permission, I got to open her present early so I could share it with everyone.

If you go onto the homepage and listen to the jukebox, you will hear our very own Dizzy from the Deadly Nightshade Botanical Society singing the Christmas classic "What Child Is This?"

It's part of a growing album of… Continue

Meet lovely Polly fron Sky Captain and the World of Tomorrow. Polly is a reporter, you know. She's taking pictures all the time. Let's identify her camera. It looks familiar. Not a Contax, not a Leica, not a legendary Ektra, but definitely familiar. Something's wrong with it, although: Just a moment, I'll fix it: Those bastards have put a mirror image on the… Continue

A little inspiration for engineers and artists

I know that a few of you might be feeling depressed thanks to the Winter. Long nights and cold weather do their best to put out the fire in a man's heart.

But keep that chin up. Just when everyone else is saying, "it's impossible," it's not your place to agree with them. It's your place to make it possible. Sweat, blood, sleep... whatever it takes.

We're not here to be sheep. Dieselpunks are here to shepherd in a better tomorrow.

Dr. Langley was a brilliant… Continue

My philosophy, in essence, is the concept of man as a heroic being, with his own happiness as the moral purpose of his life, with productive achievement as his noblest activity, and reason as his only absolute.

In the 1930s there was little transportation more prestigious than the Lancia Astura*. Unlike the Alfa Romeo 2.9 which was Italy’s premier pre-war sports car, the Lancia Astura was more luxurious and featured formal bodywork. Lancia paid close attention to luxury by including a smooth running engine, hydraulic brakes and a centralized lubrication system.

The Astura was built alongside the Artena. Both used a similar… Continue

Humphrey Bogart's 110th birthday is coming up on the 25th and I'm planning to have a Casablanca party with my friends.

Is anyone here doing anything special to celebrate? The son of a moderately wealthy Manhattan surgeon and a famed magazine illustrator, Humphrey DeForest Bogart was educated at Trinity School, New York City, sent to Phillips Academy in Andover, Massachusetts, in preparation for medical studies at Yale. He was expelled from Phillips… Continue

The "Off Topic" Room

Dieselpunks has added a new "Off Topic" room to the forums thanks to Jonny B's suggestion.

This way, our community can grow and everyone will have a place to talk even if the topic isn't related to dieselpunk or steampunk. A heavily engineered machine of tremendous complexity, it was Zeiss Ikon's showcase of the technology it possessed. Contax is a brainchild of Dr. Ing. Heinz…

The heavy cruiser was a type of cruiser, a naval warship designed for long range, capable of high speed and possessing a powerful main battery of 203mm (8-in) guns. 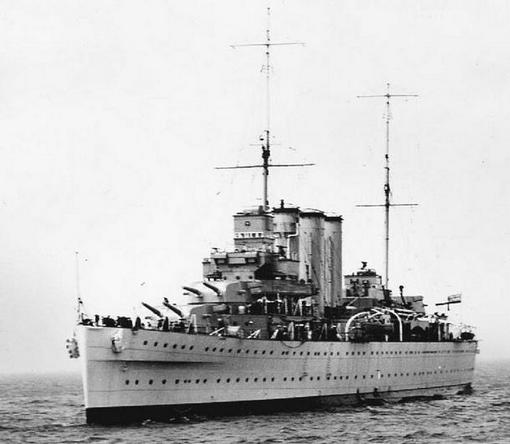 The Washington Naval Treaty of 1921 introduced very strict limits on the construction of battleships and battlecruisers, defined as warships of more than 10,000 tons standard displacement or with armament of a calibre greater than eight inches (203 mm). The limit was set with… Continue

The Johnson Administration Building, begun the same year as the Kaufrnann House, inaugurated a new phase in Wright's style and introduced an original solution to the design of the modern workplace. As in his Larkin Building in Buffalo, Wright's goal in Racine was to seal off the interior from the surrounding industrial environment and provide a work space that was, as he said, "as inspiring a place to work in… Continue

Today, another bunch of automobiles from the United Kingdom. Again, racers and limousines, small roadsters and family cars. Again, the distinctive British style: 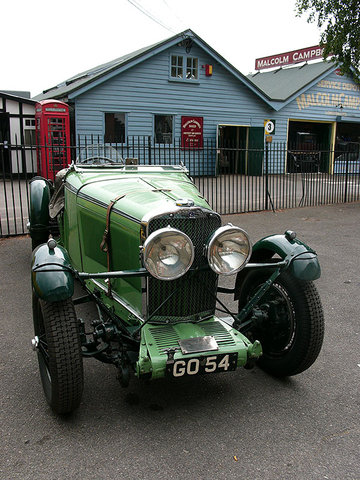 Besides this 1934 Talbot 105, there are some more pre-war and post-war cars worth a look. Some of them are funny, some grotesque, and some are real classics.

ART HISTORY - Frank Lloyd Wright and the Parasite of the Spirit

Frank Lloyd Wright and the Parasite of the Spirit

The 1920s were difficult for Wright, who turned sixty in 1927. He had few major commissions, resulting in financial hardships, underwent a difficult divorce, and subsequently remarried. He spent time lecturing and writing his autobiography, and in 1932 he began a fellowship for apprentices at Taliesin, his home in Spring Green, Wisconsin. Despite these numerous setbacks and activities, Wright was… Continue

London Transport Museum in Covent Garden preserves a lot of vintage posters in its image archive. The posters were displayed at the Tube stations: The History of Frank Lloyd Wright Many critics consider Frank Lloyd Wright to have been the greatest American architect of his time; certainly few would dispute the claim that he was the greatest designer of residential architecture. To see a Wright-designed building dating from the first decade of the 20th century is… Continue

The idea of railway guns appears to have been first suggested in the 1860s by a Mr Anderson, who published a pamphlet in the United Kingdom titled National Defence in which he proposed a plan of ironclad railway carriages. 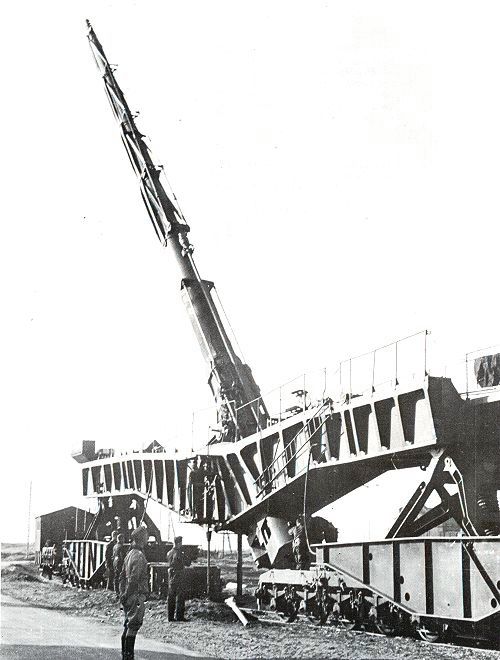 A Russian, Lebedev, claimed to have first invented the idea in 1860 when he is reported to have mounted a mortar on a railway car. The first railway gun used in combat was a banded 32-pounder Brooke naval rifle mounted… Continue