I just found this site. Hopefully this hasn't been posted here before. It's called "Free Old Time Radio Shows" and it's just what it sounds like. According to the site:

We are happy to be able to offer hundreds of old time radio shows for free download. Once you download these free OTR shows you can then
listen to them on your computer or copy them to a cd so you can listen
anywhere! We started… Continue

Minnie the Moocher: The Harlem Renaissance

My wife found this wonderful video on You Tube. It's a series of photographs taken from the great era of Harlem shown to Cab Calloway's "Minnie the Moocher." It's really a great… Continue

Happy Birthday to The Shadow!

“Who knows what evil lurks in the hearts of men? The Shadow knows!”

Yesterday, July 31st, marked the 80th anniversary of The Shadow. It was on that date in 1930 that he made his first appearance as the spooky narrator for the radio program Detective Story Hour. The…

The Future of Dieselpunk is Good

Ok, maybe it's not dieselpunk per se but when I see young people dancing in Savoy Swing shows I really feel a sense of optimism. Check out this video I found on You Tube of a young couple… Continue

A friend just sent me this link to this cool dieselpunk short movie. According to the site io9
"...it stars Doctor Who's Noel Clarke (Mickey!) and is directed by concept designer Matt Savage, who worked on Doctor Who, Kick-Ass, and the upcoming X-Men: First Class. The styling reminds me of Caprica, with its blend of mid-twentieth century styles and a hypertech future. This short has been making the rounds of UK film festivals, and just went live on… Continue

One of the most unusual planes to be developed during World War II must have been the Voss BV 141. What set it apart from other planes was the crew gondola that was placed on the starboard side of the aircraft as well as it's odd tail design.… 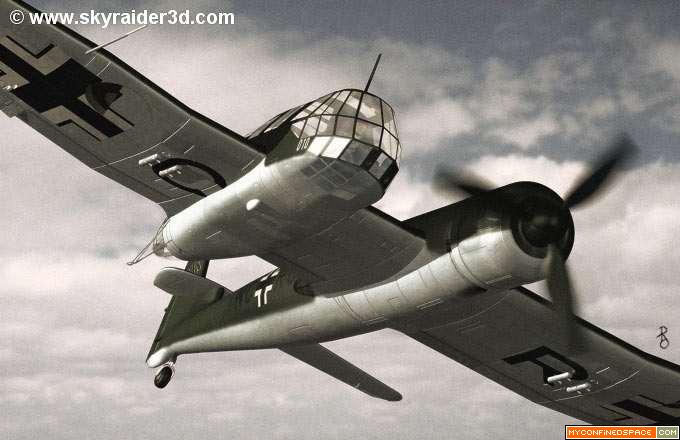 I just learned of this car. It's the 1948 Buick Streamliner. According to one site it was designed by Norman E. Timbs, which took him more than 2 years and $10.000 to complete. The body is all aluminum and was designed by Emil Diedt.
The car is powered by a 1948 Buick V8 with a maximum speed of 120
mph.

You can find more photos here…

Not much time left but there's a really great issue of Life Magazine: "Our Finest Hour," It's only on sale for a short time longer (6/10/2010). It's full of great photos and accounts not only from war but a lot from the homefront. I just bought my copy Sunday and I highly recommend it. Today would be the 154th birthday of the greatest mind of our age, Nicola Tesla! Here's a fun article in a steampunk blog of a good friend of mine.
http://trialbysteam.wordpress.com/2010/07/10/happy-birthday-nikola-tesla/

Yup, she did it again. This time on national television, the Today show. Her opening piece, in my opinion, could be labeled dieselpunk in that it had strong decodence air to it with it's big band style yet she certainly added her own punk spin to it.

Might she actually know about dieselpunk and be into it?

I just found this streamliner train on Wiki and thought it was great. According to the article:

Preserved British steam locomotive of the former London, Midland and Scottish (LMS) Railway, Princess Coronation Class No. 6229 Duchess of Hamilton, 6 June 2009. The locomotive was built as a streamliner in 1938 in a blue and silver livery, and was exported to the United States (painted as Class sister No. 6220) for a 3,000 mile tour and visit to the 1939… Continue

Normally when we think of Japan during the 1920s - 1940s we think of the rise of fascism and their involvement in WWII. But it's much more complicated than that, which I plan to make a topic of my blog soon. In the meantime I thought others would find this interesting. It's a site I learned about on Steampunk forum, which has images from the Taisho Period (1912 - 1926) and the… Continue

Just found this model who has a site titled: Pin-Ups for Vets. As she says on her site:
I came up with the idea to recreate a nostalgic pin-up calendar that would serve three purposes:1. The calendars would be sold to raise funds for our hospitalized Veterans.… Continue

We know that one of the iconic images of WWII was the pin-up girl. I've found a site that appears to be a great resource in images of these amazing women who did that part to raise the morale of the boys fighting.

I was lucky to meet a really cool steampunk at the recent A-Kon while waiting in line to see Abney Park. He and I talked about dieselpunk. I was surprised today to find this great video he made, which is a Piecraftian Dieselpunk Dance Rave style music.… Continue

My recent Economic Democracy blog entry begins:
The year was 1934 and the world was in the grip of The Great Depression. America had recently elected FDR, a progressive Democrat, for President in the hopes that he could save the country. But one man offered something different. Something radical. His name was Upton Sinclair.

I thought some here might find it interesting being that it involves diesel era history. The article is titled, "A… Continue

Previously, Tome posted a several great articles on Futurama at the 1939 World's Fair. After the Fair Norman Bel Geddes published a book titled Magic Motorway, which included photos from the Fair and laid out his philosophy.

You can read the entire book at Archive.Org. It's available in multiple formats including scans of the actual book. Very interesting book and a very neat site.…
Continue

I'm a big fan of Antique Roadshow on PBS. Last night's episode included an French Art Deco travel poster from the 1930's. It reminded me of Stefan's work and shows the quality of his art. You can see the poster, watch that segment and read the transcript here. http://www.pbs.org/wgbh/roadshow/archive/200906A39.html

I just updated the Wiktionary (a part of Wikipedia). It had defined dieselpunk as:

A fictional genre in a setting where an advanced and modified society rely on diesel fuel as its primary resource, where nuclear technology and a 1920s to 1950s lifestyle and culture coexist.