Reddit.com, a social news website, now has their own dieselpunk community. If you visit reddit regularly, check us out at:

There, you can rate news stories or other's content, promote your own dieselpunk work or simply hang around and help grow the community

It exists! It runs on steam! It rick steam rolls…

Here's a collection of clips about what people thought the future would be like, from the diesel era. Very interesting and short/easy to… Continue

Hello all, this is a small text I did for my upcoming dieselpunk story named Drunk on Diesel
If you haven't heard about it and would like to read a prologue, you can do so for free here.
Enjoy this conservative rant in my imaginary world, and please do share your feedback. It is very important!
---
I was about to reach the corner that would…
Continue

So, before you watch my amazing historical video, a few notes you should read before:

This video is intended to give a very light overview of the most well known popular songs, by year, in the USA.

Very few effects of time travel are known, but one of… Continue

Advertising Slogans from the 30's

Check this out
Some examples:…
Continue

A couple of friends of mine did a video about the videogame Fallout 3 but in real life, set in Europe instead of DC. I'm sort of the official editor. It's relatively short, but more episodes are promised. Let me know what you think of it.
Enjoy as our pipboy-less vault dweller disembarks on the shores of Portugal only to find the true extent of the…
Continue

You've probably heard of Freeman's mind (HL2). Well, there is this guy who made the same thing except for the game Red Faction. Parker's Mind. It's pretty much a guy narrating the game as he goes through it, usually inserting some funny jokes and some editing. It's a type of machinima. Anyway, now he just released a 1920's edition. Simply amazing, check it out:…
Continue

The Enemy In Your Pants

Apparently prostitutes and soldiers "hanging out" made such a mess that these propaganda posters had to be spread in order to prevent spreading of diseases such as Syphilis. Enjoy!… 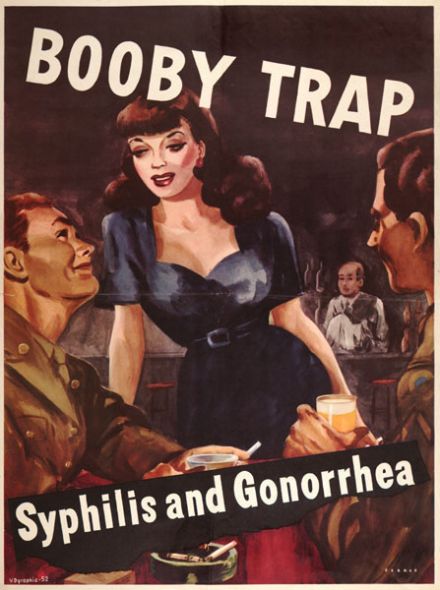 That's right. These guys can play blues (i think its blues? don't shoot me if i messed up!) with 3 guitars and A TRACTOR.
See it to believe it…
Continue

One of the real pioneers in early application of causal positron energy was inventor Edwin Gray of Van Nuys California. In WWII Gray learned of radar during his tour in the U.S. Navy, having previously attended advanced engineering school in the Army until discovered to be under age (15) and discharged. After the war, by 1958 he had learned to perform what he called "splitting the positive", using "cold electrical energy" as well as the normal positive electrical energy. His first motor was…

Here is the video of the 1954 animated movie Animal Farm, based on the book by George Orwell.

If you never heard of fallout 3, you better start here first.

Since the whole concept of fallout 3 is in a post-apocalypse world, there is little point in mentioning the rare pieces of ottensian fashion which can be found. Here are some examples of how "the wastelanders" go about their daily, troublesome, lives. 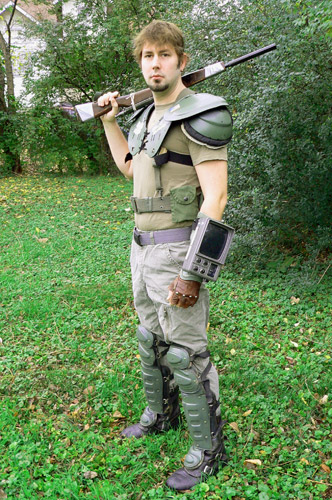 Can't get much more Dieselpunk than this...

This one is straight from the Flying Fortress:

Some guy bolted part of a fighter plane fuselage to a WWII-era or -replica motorcycle. It is awesome. That is… Continue

Here I will include some of the most bizarre looking and secondary/special-issue infantry weapons of WII (some never actually made it into battle):

The following excerpt comes from Ayn Rand's 'Atlas Shrugged' written in 1957. This video will show you the famous trial of Henry (Hank) Rearden, who was a self-made man who started as an ordinary worker, showed talent, founded Rearden Steel and made it the most important steel company of the US (and one of the most important business companies of any kind). Later, he conceived of and invented the Rearden Metal, a form of metal stronger than steel (it stands to steel as steel stands to ordinary… Continue

This is my first blog post here, so i'll keep it short and sweet.

Here's an homage to a Dieselpunk Icon and personal hero of mine: Buckminster Fuller.

After a brief (and sadly failed) passage at business, he published more than thirty books, inventing and popularizing terms such as "Spaceship Earth", ephemeralization, and synergetics. He also… Continue