BioShock developer working on a new game set in the 1920s

You may not know him by name, but there’s a decent chance you’ve played a game that Joe Fielder had a hand in making. Fielder spent five years at Irrational Games, where he co-wrote BioShock Infinite and its Burial at Sea DLC. When Irrational Games closed its doors in February, a lot of talented developers, including Fielder, were left without work. This had a happy result though, as he and a handful of other ex-Irrational devs decided to form a new studio where they could pursue the kinds of games that appeal to them. Trippy, weird games.

Their new studio is called Day For Night Games, and their debut project — a surreal first person game called The Black Glove — looks both delightfully strange and refreshingly unlike anything I’ve ever seen.

The game is set in a 1920s style theater called The Equinox, in which players are tasked with exploring and altering the pasts of three of its performers, including an artist, a filmmaker, and a musician. How you go about accomplishing this is anyone’s guess, but I imagine it’ll have something to do with a black glove.

Doing so will affect the game’s narrative, and the effect it has depends entirely on you. “The story will tie directly into the gameplay,” Fielder tells Polygon. “Even a wrong turn, even misinterpreting a hint or just experimenting could produce interesting results. You’ll have all these different sites to see, wonders to behold. There’ll be large changes to the narrative and to the world around you.”

Sounds like a real trip, something like Remember Me, if it had been crafted by David Lynch and set entirely in an art deco era theater.

Fielder and his team plan to launch a crowdfunding campaign for The Black Glove on Kickstarter next month, so there’s a good chance we’ll get to see some gameplay footage soon. Until then, enjoy this screenshot. 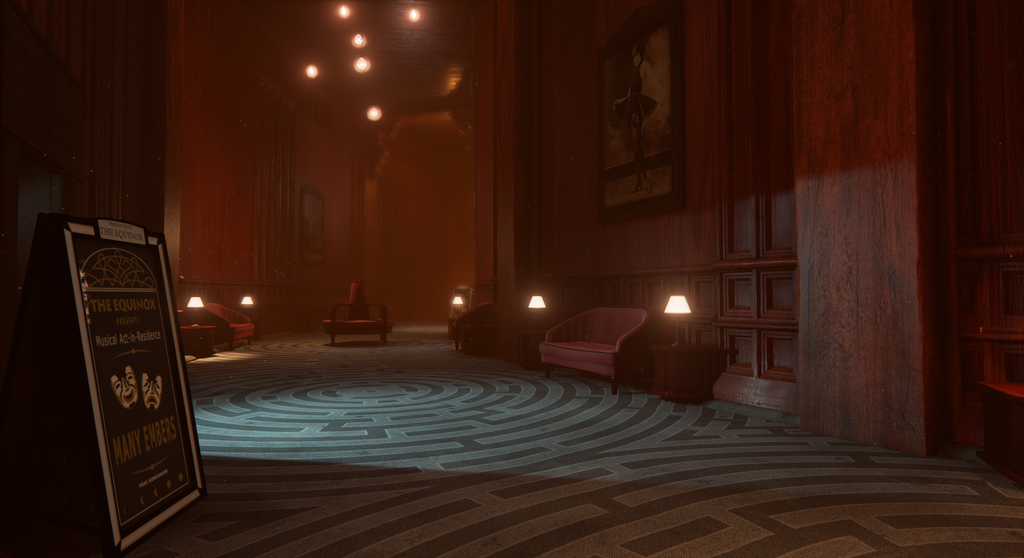 The Kickstarter campaign is up-and-running: The Black Glove

I'll be keeping an eye on Kickstarter for this one as well. :)

I cannot wait to play this.