It's a hot night in the Holy Land tonight, and I do mean hot!  It's pushing 110 with high humidity here with a paltry sea breeze to keep it in check.  That said, you can't stop the dance tonight, for no place in the Middle East can party like here in Beiruit, the Paris of the East! 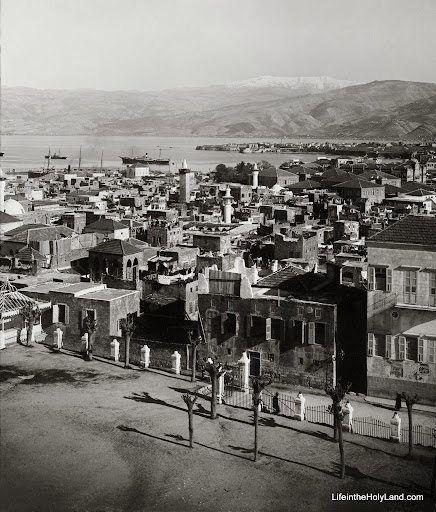 Beiruit is the poster city for civilization, sophistication, and coexistance in this often tumultuous region as east, west, Christianity, Islam, Judaism, light skin and dark all work together, or so it looks to me here at street level.  It's certainly got the most happinin' club scene between Paris and Shanghai!  Take my word: Beiruit will become a name synonymous with peace, modernity, and relaxation before the century is out!

But tonight it's going to be a city known for sizzle as local jazz musician (and cigar afficionado) Avo Uvezian of the Liban Boys Trio performs his "Broken Guitar", also known in the west as "Strangers in the Night".

[Modern recording of the Man Himself, now more famous for his cigars than his jazz...but he obviously never lost the magic!  Author's Note: I had to delve into the Atomic Era for music from someone who was at least alive and performing in Beruit in its Diesel-era glory; it's damned hard to find any of the great music from Beruit in its heyday...anyone got any leads, or is it all lost to time?]

[So, in lieu of period recordings, please enjoy this period newsreel footage!]

Piano jazz, fine cigars...what are we missing? Oh, of course, tonight's cocktail, the Deauville Cocktail, a New Orleans original that fits the Franco-Lebonesse joi-de-vie like a glove: Shake well over ice, strain into a chilled cocktail glass.  Garnish with lemon twist if desired.