Bienvenido a Cabaret, mis amigos!  It's another lazy day in Spain for the Cabaret, lounging by the pool, drinking zurracapote, and having impromptu music sessions.  And after a gruelling train ride exit from Nazi Germany across the broken-spirited French countryside, with many delays due to "heat-related track repairs" (news flash: tracks don't spontaneously explode from the ground, however hot it might be) we arived in beautiful old Madrid.  It's been about three weeks of legal limbo here awaiting passage back stateside.  About two of those weeks have been holed up in a luxurious manor in splendid arrest where we can't be too undue of an influence over the locals anymore.

Needless to say, however, some of the locals continue to come to see us.  In a nation where jazz and swing aren't the regime's favorites due to their "African influences" (this oppressive but neutral nation owes its existence to Hitler and Mussolini, and all three were none too polite about making it happen, as ol' Pablo's nice paintings can attest), the lovely native style of Flamenco lives on as something the regime can consider Pure Spanish (no one tell Franco about the obvious Moorish, Jewish, and Gypsy influences, please!).  Many of the local stars have even come to visit, including Flamenco master Manuel Vallejo, who has agreed to perform for us tonight:

And because Flamenco is as much a feast for the eyes as for the ears, here's a lovely Flamenco dance:

As lovely as it is here, however, the crew really want to get home, particularly our new crew of "not Jewish at all baggage handlers" we picked up in Germany, who live in constant fear they'll be deported back into Nazi hands.  Franco's thugs seem suspicious given that most of them speak only Yiddish and Polish, but with a signed afadavit from Reichsmarshall Goering himself attesting to their legitimacy as US citizens they let it pass...for now.

So as we bask in the glorious Spanish sun, tanning nicely and enjoying the tapas, music, and drinks, eagerly awaiting whatever long bureaucratic processes it will take to get us all out of here, we invite you to join us in good cheer and a cool glass of the local Sangria-like spiced wine cocktail, the Zurracapote:

- 1 bottle dry red wine, such as a Rioja

Presoak dried fruit in warm water for a couple hours.  Add to a pan wine, sugar, cinnamon, and lemon peel and bring to a soft boil.  Remove from heat and stir.  Drain fruit and add to wine.  Cover pan and return to heat and boil for 15 minutes.  Can be served hot or cold. 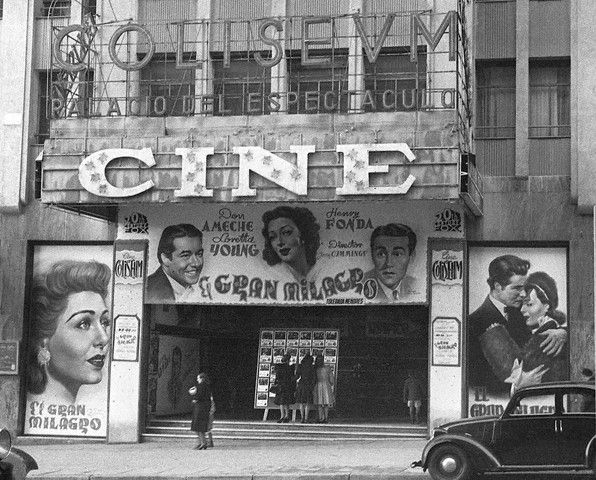 The film is The Story of Alexander Graham Bell, 1939