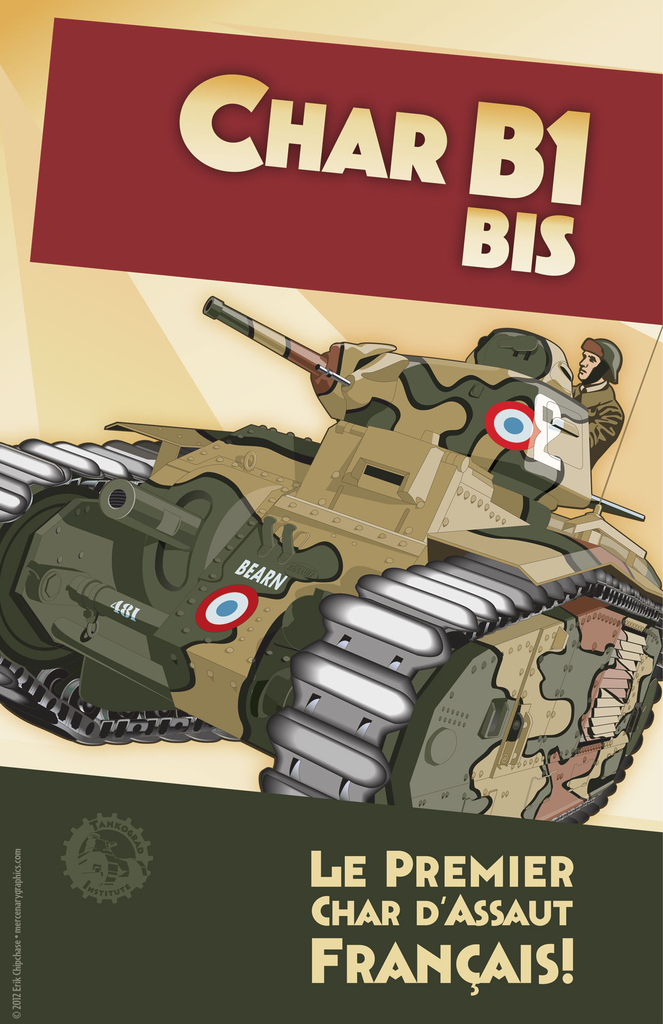 At the request of General Estienne and on the basis of previous studies worked out by Renault, Schneider, FAMH, FCM, and Delaunay-Belleville, a new battle tank was developed under the code designation of "Tractor 30". In 1929-30, three pilot models were built by Renault and FCM. These later became designated Char B. These three pilot models were extensively reworked and modified for tests. The first one, reengined and uparmored became the early prototype for the B1-ter in 1937. The Char B1 was the production version of the Char B. Production began in 1935. Only a small number were built before construction changed to the more powerful B1-bis. The B1-bis was the main battle tank of the French army in 1940. Considered one of the most powerful and advanced tanks in the world, it was hampered only by it's low speed, one man turret and cost of production. 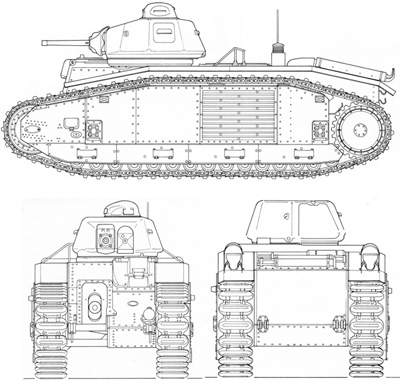 Great pic, once again most impressed with your work. By the way, our venerable lord_k once assembled a great gallery that familiarized me with that beast - http://lord-k.livejournal.com/420058.html