Today, a modest homage to the great French architect who wasn't a part of any well-publicized movement. It's hard to find a detailed biography of Auguste Perret on the Web - I mean, a biography in English, and it's quite a surprise because volumes were written on his works and his philosophy. If you know French, you're lucky - lots of stuff around, starting from Wiki article, including specialized websites and blogs. Here's just a timeline and some illustrations. Auguste Perret was born in Ixelles (Belgium) in 1874, into a stonemason's family. He studied in Paris, at l'École nationale supérieure des beaux-arts (National School of Fine Arts) and was considered a brilliant student but quit before graduation to join family business. Later he returned to France and as early as in 1902 made himself quite a name designing an apartment building at Rue Franklin (construction completed in 1904): From 1900s, Perret advocated advanced building technologies like the use of reinforced concrete and steel frames. He developed a whole philosophy trying to merge modern achievements into Classicist principles. In 1913, Auguste Perret designed Théâtre des Champs-Elysées that scandalized the Parisian society - this beautifully proportioned building was a clear manifest against ornamentation and other attributes of Art Nouveau: A striking (and, unfortunately, long gone) example of Perret's industrial architecture is Atelier Esders, a garment factory in Paris: 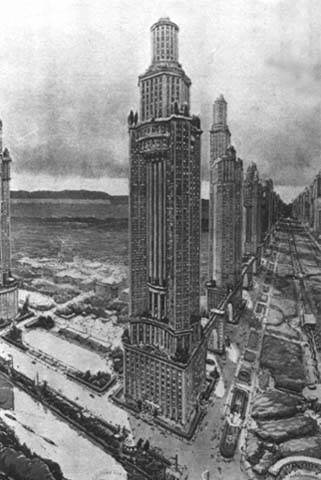 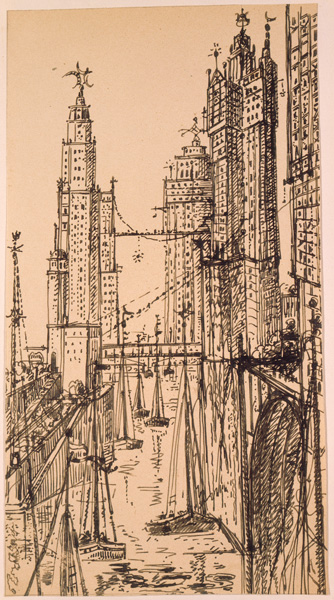 Maisons-Tours attracted some attention for quite a long time, but the plan remained on paper.

Much more successful was the project of the Notre Dame du Raincy church that Perret designed with his brother Gustav (construction completed in 1923): It is often called "the first architecturally satisfying building of reinforced concrete", showcasing the mighty aesthetic potential of the material. Besides, it's the first reinforced-concrete built church in France.

In 1925, Perret designed a spectacular tower for the International Hydropower and Tourism Exhibition in Grenoble: In 1926, Perret brothers together with Raymond Audigier and Georges Brochard entered the contest for the new Sainte-Jeanne-d'Arc basilica in Paris:

Their entry was rejected, but 25 years the concept resurrected in another place. In the meanwhile, Perret continued to design industrial buildings and artistic studios, like this one for Marguerite Huré (1931):

In 1936 he started to work on Palais d'Iena project (Museum of Public Works) - a symmetrical building with three wings and a courtyard in the center, heavily influenced by the Ancient Greek architecture: After the war Auguste Perret finally built his Maison-Tour - not in Paris, but in Amiens, only 104 metres tall and not an apartment but an office building: But the main postwar work of Perret is the reconstruction of Havre, heavily damaged during WWII. He was in charge of the new city centre and St. Joseph church - a memorial to the local citizens killed by bombs and shells. 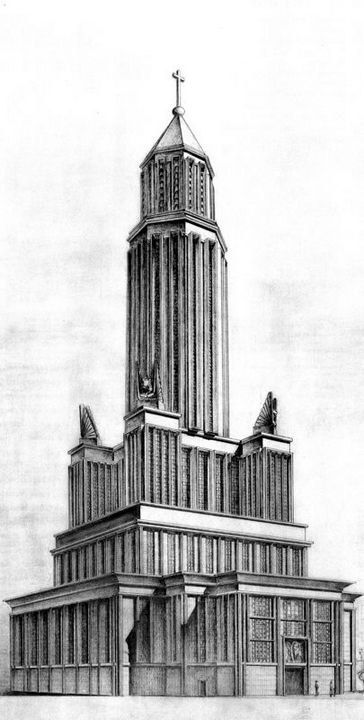 Then came some important changes: 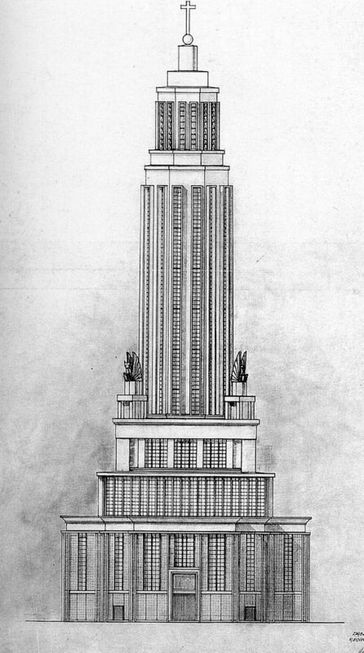 And this is not the final "cut", by the way. 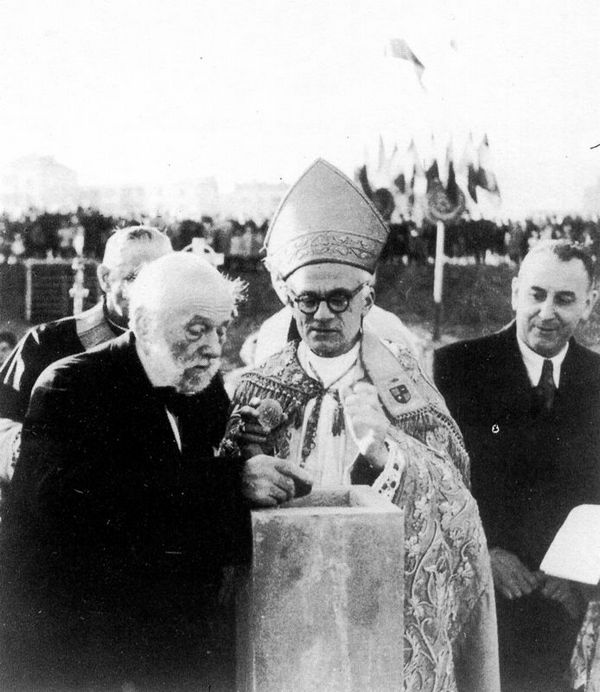 ... and continued after Perret's death. 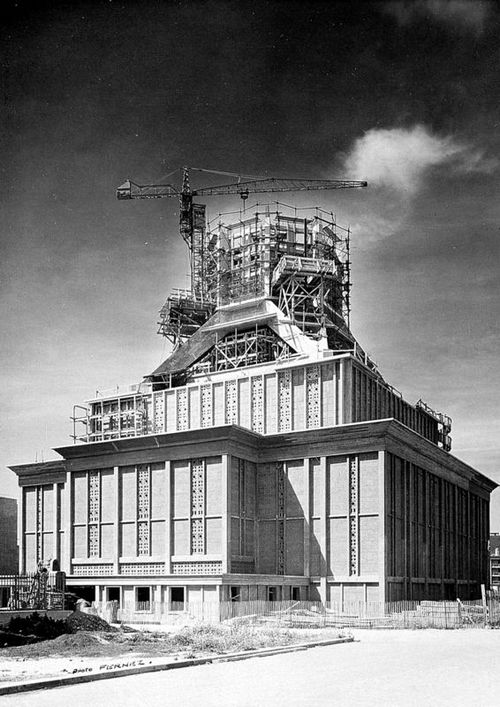 And it dominates the cityscape without suppressing it:

Finally, a sculptural portrait of Perret by his friend Antoine Bourdelle (1921): 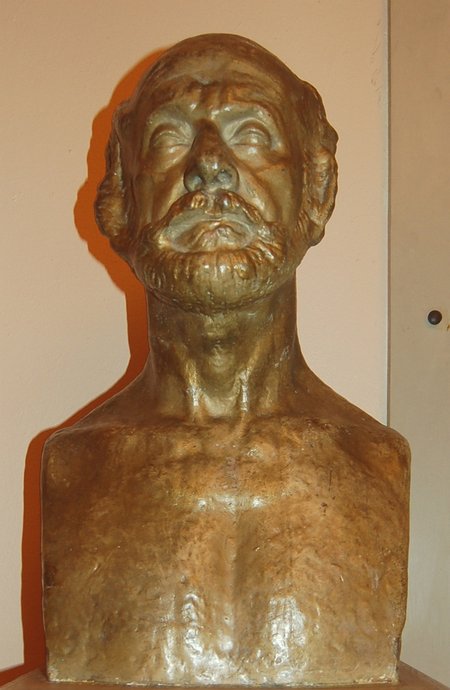 Comment by lord_k on March 4, 2011 at 1:54am
Sad, sad, sad... No matter if they deny recognition to "non-marble" architecture or on the opposite, condemn marble as "reactionary and totalitarian" - collective memory is usually unjust to the architects, and lucky exceptions are too few.

Thank you very much, Lord K, for another great post about a great, but sadly almost totally forgoten architect, even by French public. Concrete architecture is more often than not regarded as worthless in France, or at least, so it was until very recently. It is actually only through the acknowlegment of the industrial patrimony that concrete architecture somehow acquired a "real" status, lately. The point is that, to some extend, in the land of Mansart, anything that is not built with stone or marble is not "real" architecture and this includes brick, metal, glass or concrete.