Well, it's official! Crazy Taylor, the novel I wrote during NaNoWriMo has been contracted by Captiva Press and will be appearing as both an eBook and print publication in the next four months.
The tale starts in the late Victorian Era with a brave member of Her Majesty's forces in India and follows two generations of makers up through the early stages of World War Two in Australia.
Besides some memorable personalities, there are two vessels which are characters in their own right.
The Cloud Dancer is an unusual surface warcraft that carries a pair of Albatross torpedo bombers. Its sister ship is the Cloud Singer, an airship that was designed as a support craft and shares some peculiar features. Don't let the support mission fool you, however. In the hands of the proper pilot, it is a formidable opponent.
I've been working on some 2D CAD drawings of both craft as well as maps of the conflict areas.

Comment by Anthony Stevens on January 8, 2010 at 9:34pm
Here's one of the first drawings of the airship, Cloud Singer. 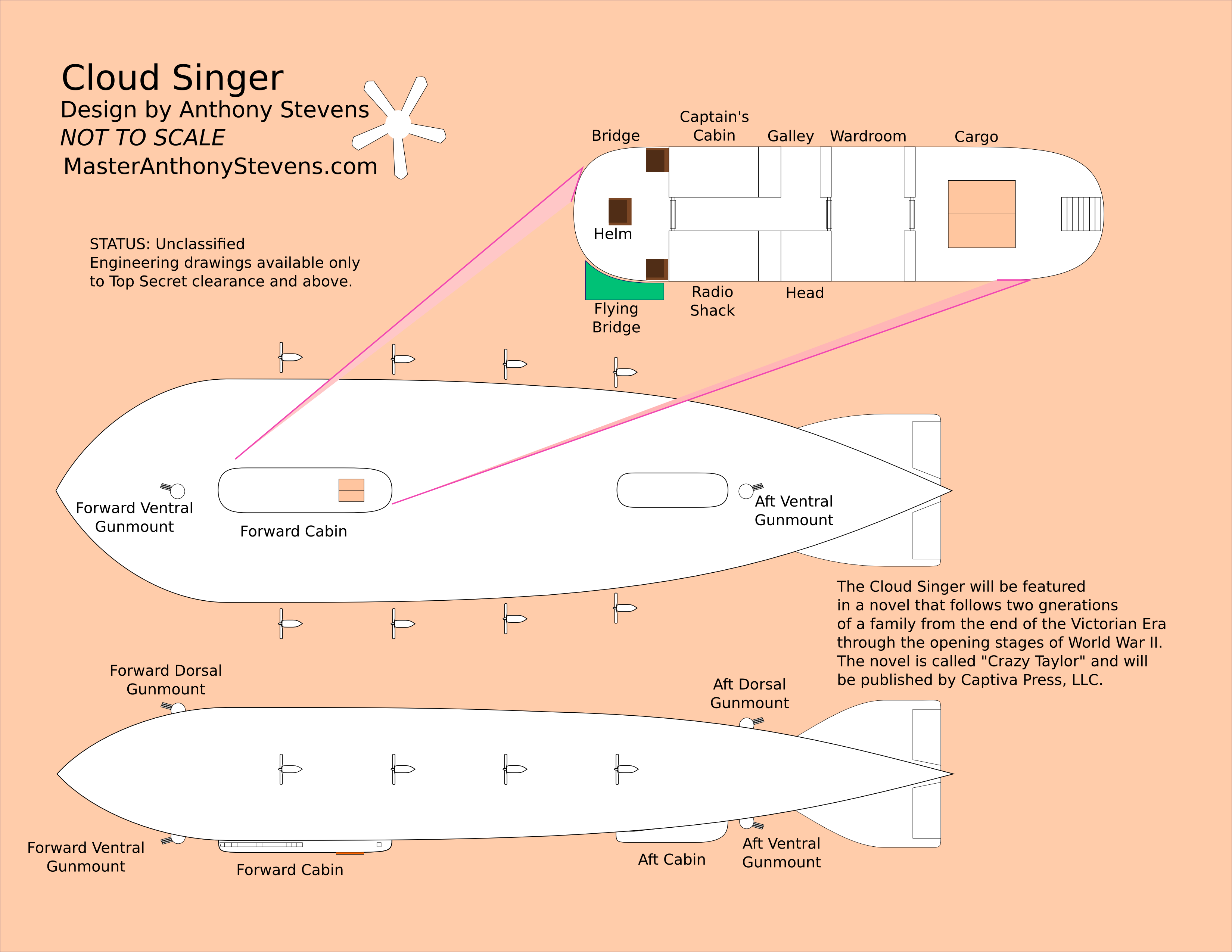