21st century online banking may have its advantages. But doing your transactions from the lazy couch with an iPad on your knees can of course not replace the stylish atmosphere of a proper bank building. Especially if it is the Postal Savings Bank in Vienna by Otto Wagner with its Dieselpunk features (have a look on those heating pipe exhausts).

Otto Wagner’s Postal Savings Bank is one of the earliest buildings marking the move away from Art Nouveau and Neoclassicism. It was opened in December 1906. Wagner's key idea was to celebrate modern materials like reinforced concrete by developing new forms. The design is kept very minimalistic and simple; conveying the sense of a strong, impenetrable bank in which customers would know their money was safe. 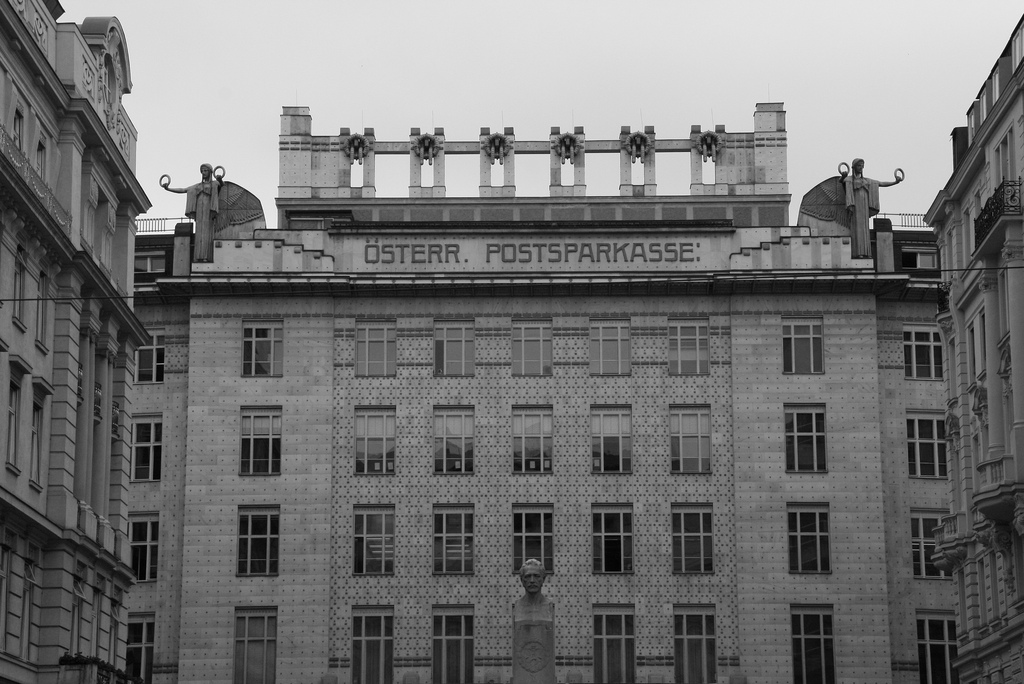 The entire facade is covered with square marble plates. The metal rivets do not obstruct the facade but resemble decorative elements. Only at the upper part of the exterior, near the roof, did Wagner add more elaborate decorations, such as statues of female angels holding laurels in both hands. These were sculpted by frequent Wagner collaborator and fellow Secessionist Othmar Schimkowitz. 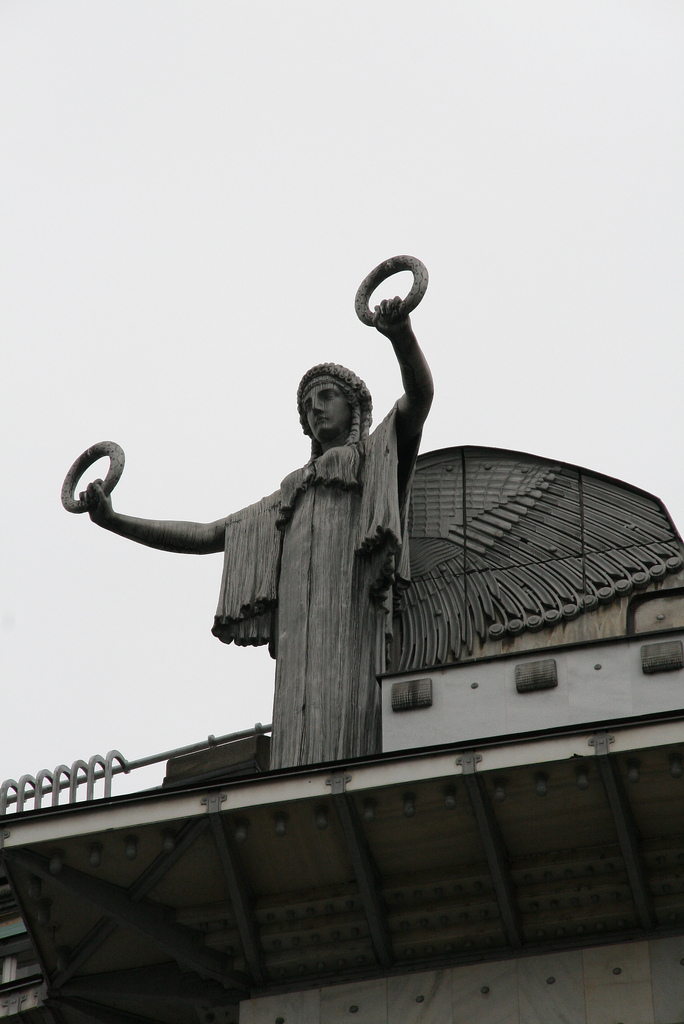 The main hall, the “Kassenhalle”, where customer services are located is designed like an atrium, with a large glass skylight allowing natural light to enter the heart of the building at all times. Even the floor of the main hall is constructed of glass tiles, allowing natural light to reach further down to the floor below, where the Post Office boxes and mail sorting rooms are located. 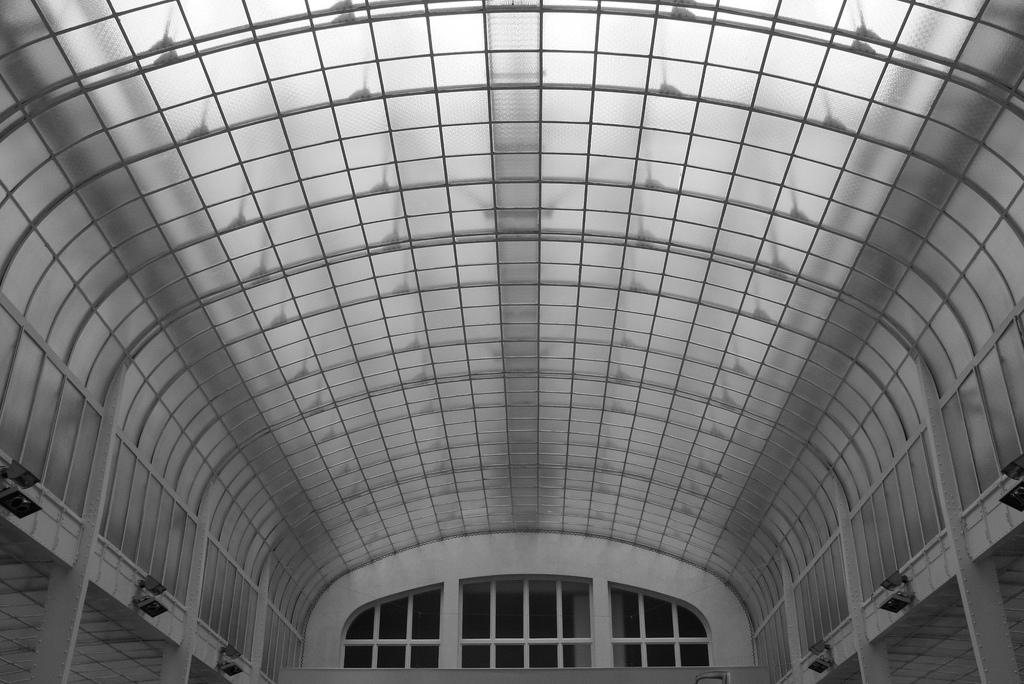 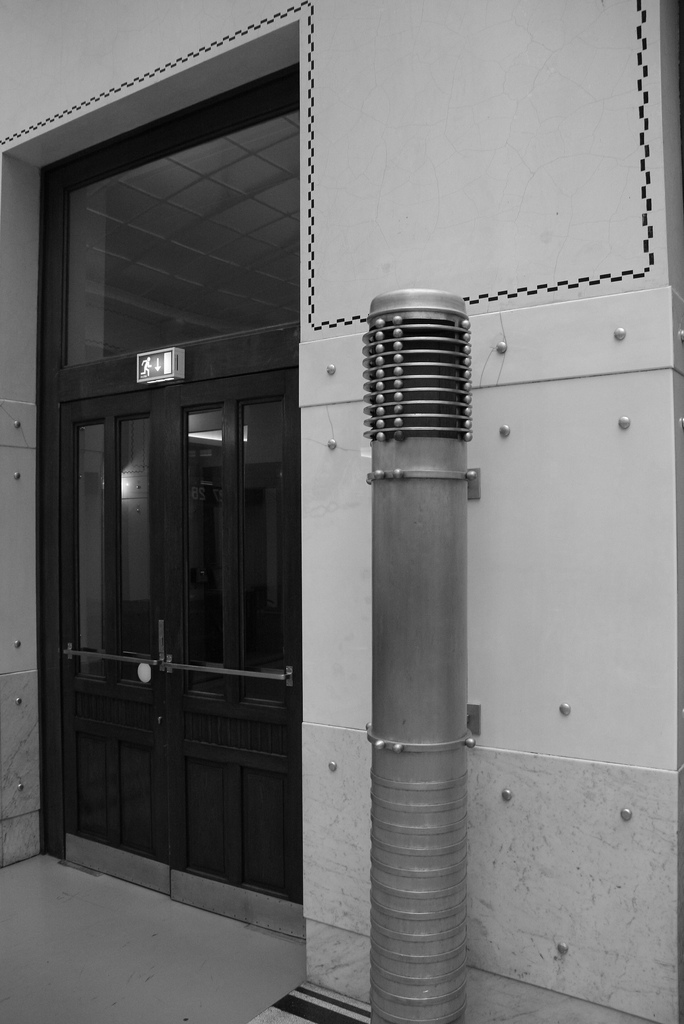 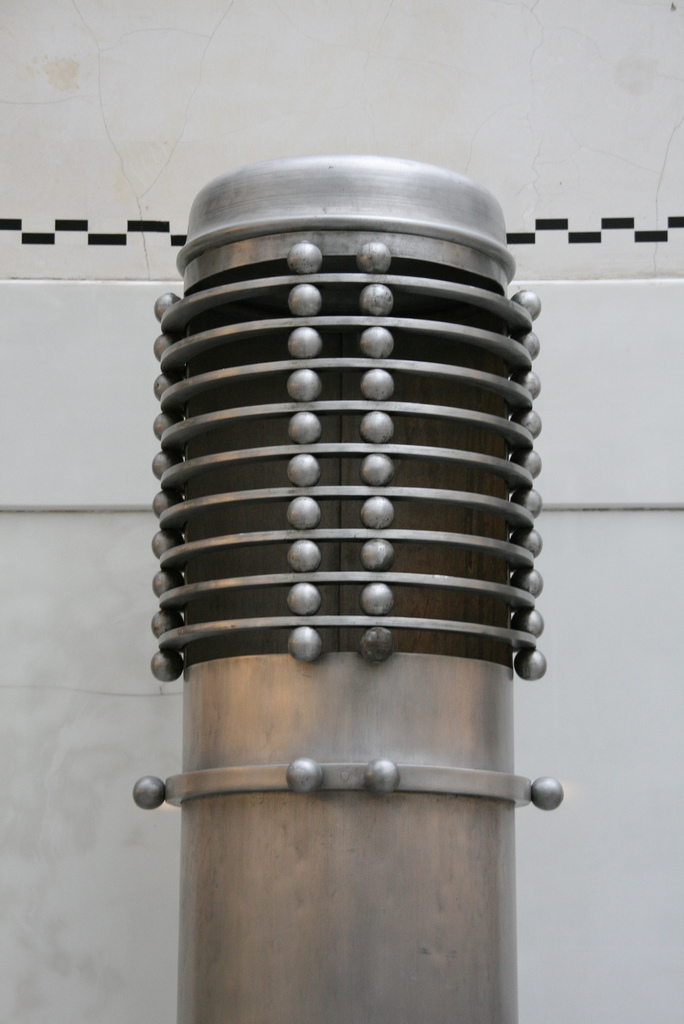 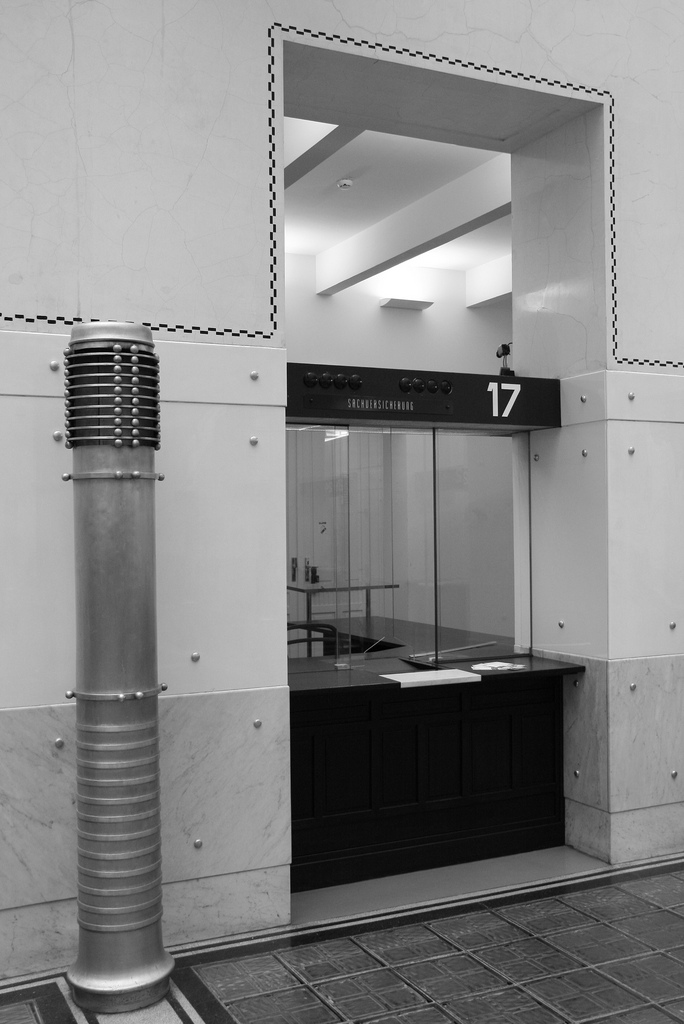 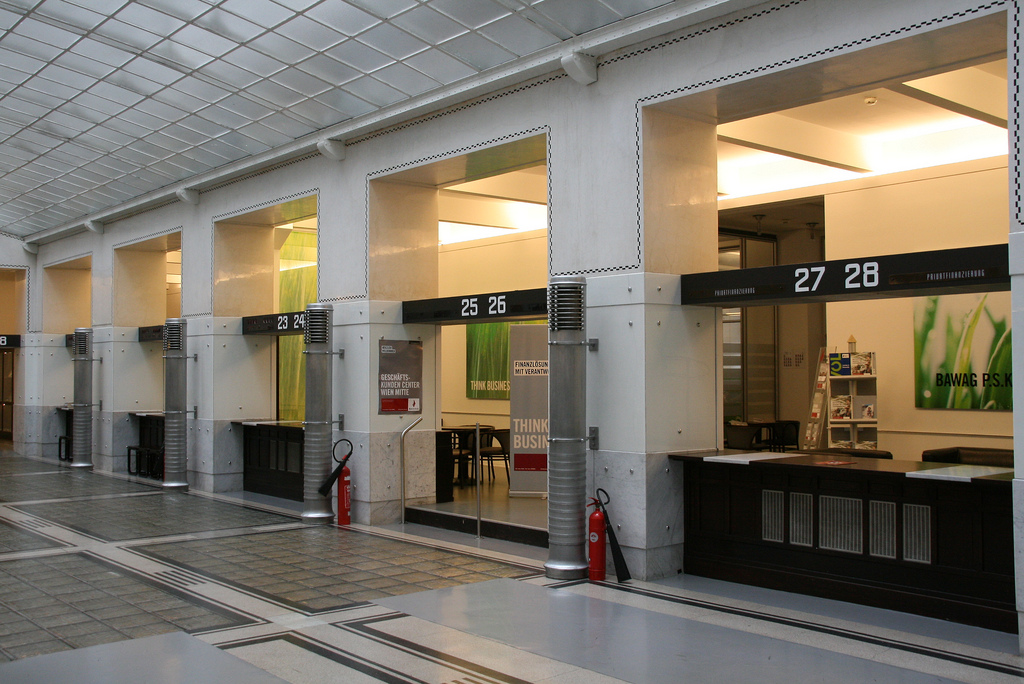 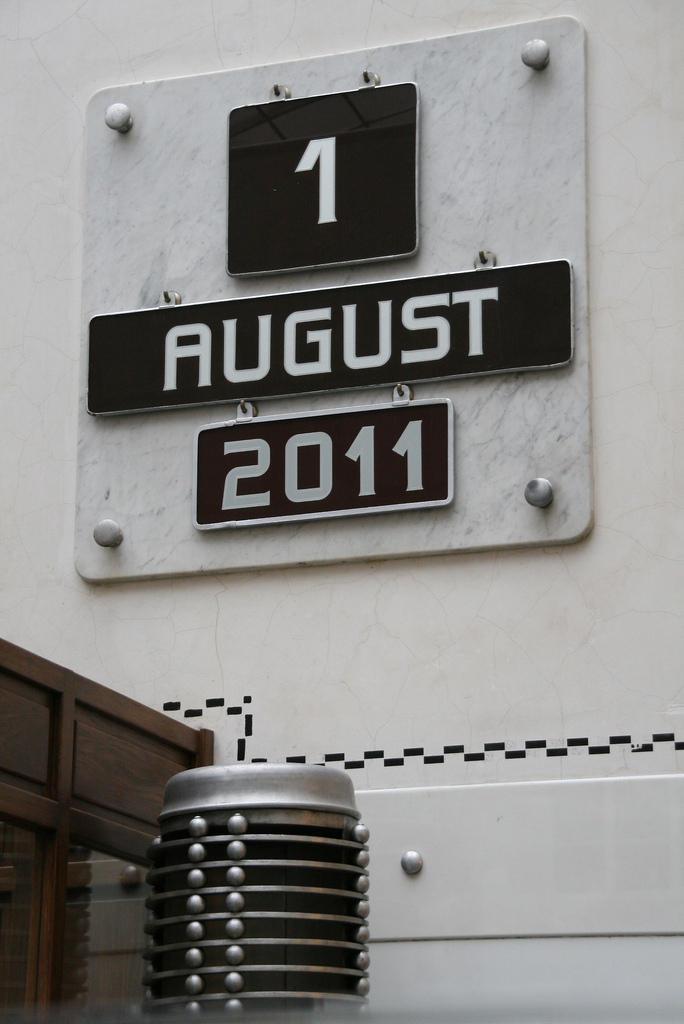 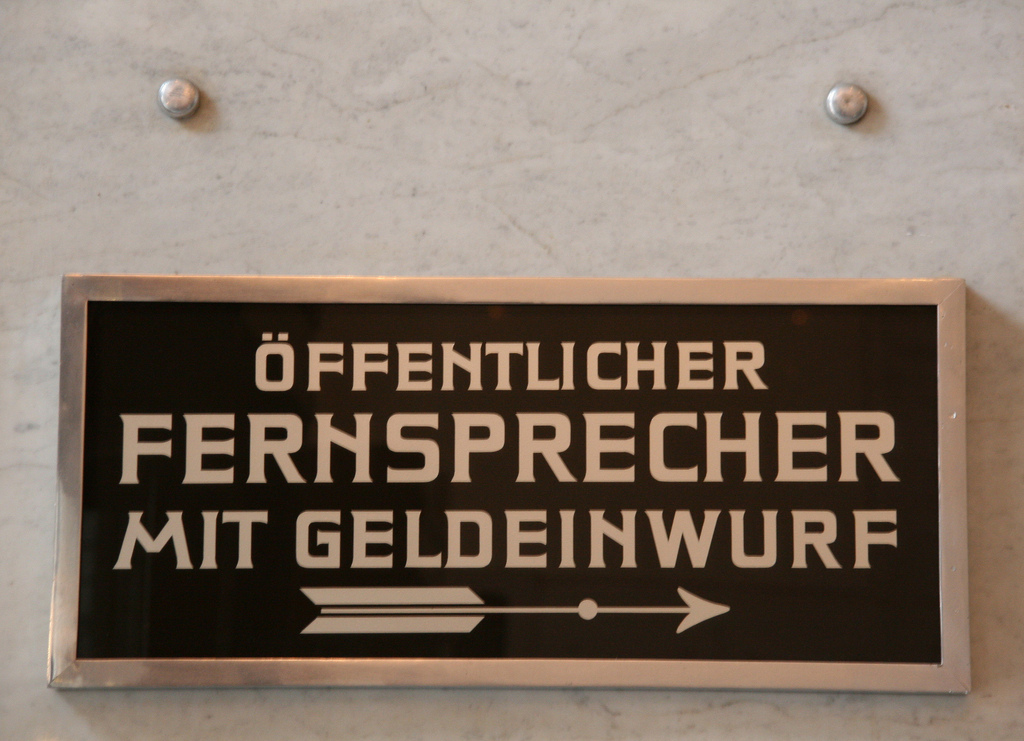 Spared any damage during World War II, the building is still in its original state and to this date serves as a bank. It also includes a museum devoted to Otto Wagner.

Photos by the author

Comment by Dieter Marquardt on January 7, 2012 at 10:58am
Thanks everyone for your comments!

Excellent photos, Dieter!  I had never heard of this place before today.