Here in the States we're finally getting to see the Dr Who episode "Victory of the Daleks." According to the BBC:
The Doctor has been summoned by his old friend Winston Churchill but in the Cabinet War Rooms, far below the streets of blitz-torn London, he finds his oldest enemy waiting for him... The Daleks are back! And can Churchill really be in league with them?
http://www.bbc.co.uk/programmes/b00s56d2 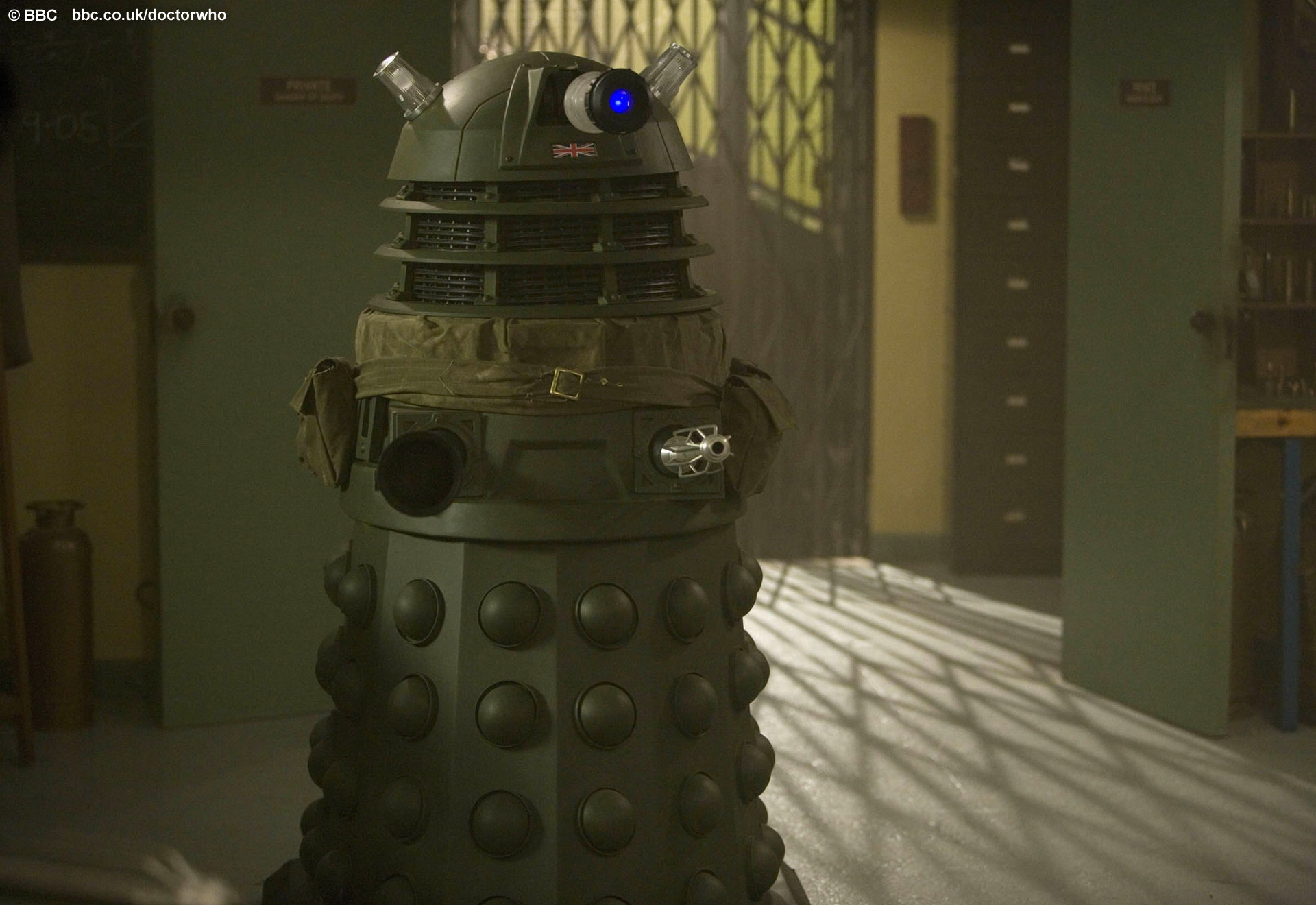