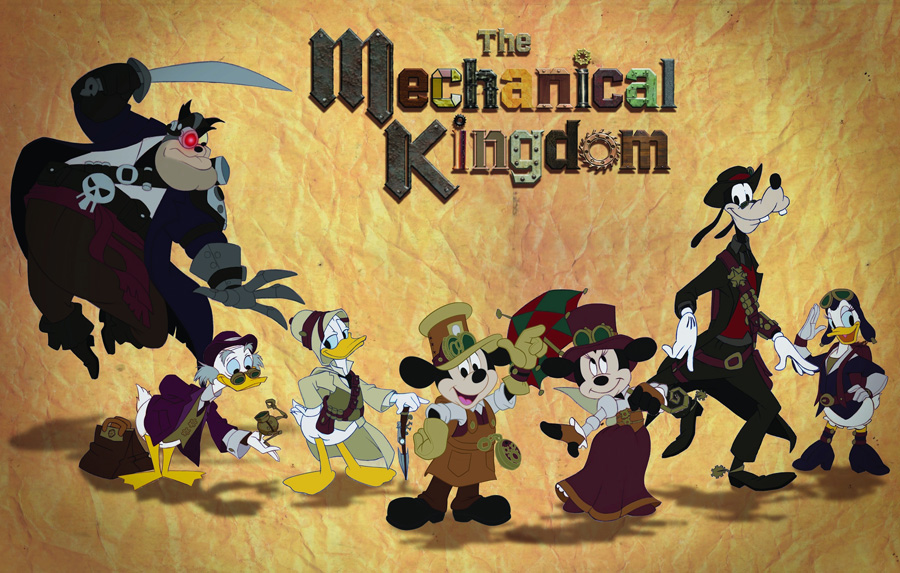 According to Steven Miller, Disney's Merchandise Communications Manager, we will be seeing official steampunk inspired Disney gear in 2013.

The designs for "The Mechanical Kingdom" were created by Disney Design Group artist Mike Sullivan in late 2009. Since then, his initial sketches for a steampunk themed Disney universe have found their way into the highly collectable theme park pins, Vinylmations, and even a custom "D-Tech" case for iPhone.

These pieces will be for sale at Disneyland and Walt Disney World resorts as well as the Disney Parks online store. 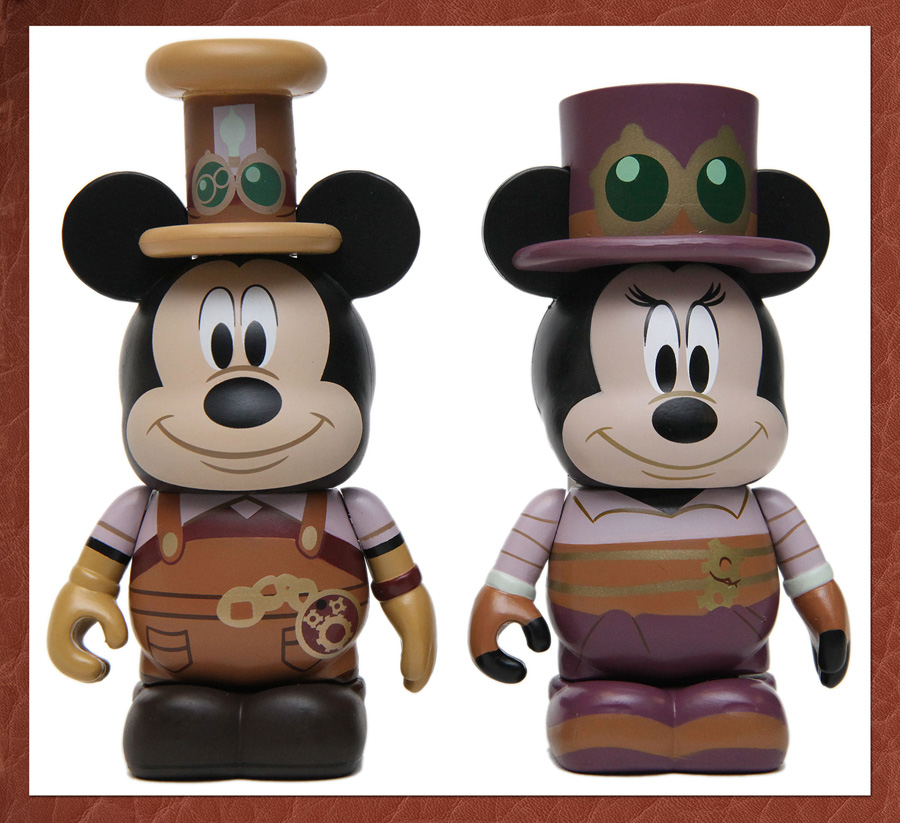 If you're looking to decorate your Mickey Tree this Christmas, then you can thank Disney Design Group artist Costa Alavezos for these steampunk ornaments. They're going to be released as a limited edition series, so jump in while steampunk is still sailing along the mainstream. 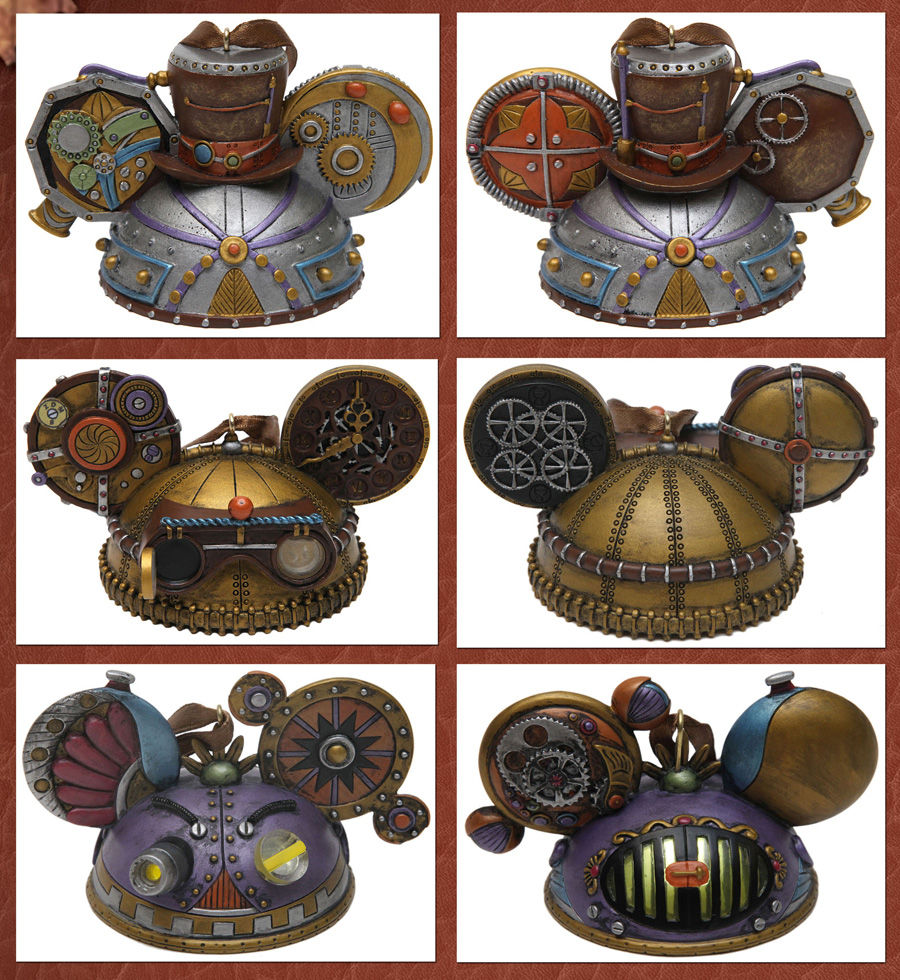 Steampunk means a lot of things to a lot of people, and means differet either.

I don´t want to live in a "real steampunk world." I don´t feel owner of any kind of steampunk expressión etiher, so if ANYBODY goes with some steampunk stuff is fine by me.

I´m only hope they do thinking in a whole picture and not just because it´s a good idea that sells.

LOL! thanks to show this pics,

Funny how Disney has finally started catching on to Steam. Think somebody told them about how many of their works (20K Leagues, Atlantis, &tc) are popular mainstays among that crowd??? But, personally, I sure hope Disney skips Diesel!

I knew it was coming at some point, so this is rather what I expected...just a little sooner that I thought (I figured another couple years from now).  I'm mostly afraid of it becoming a short-lived cliche and ending up "just another one of those silly things they did in the twenteens".  Or, "Oh, wow, brass goggles? What is this, 2016?"

If fedoras become a passing fad, however, I'll seriously cry.

Who cares if it's gone mainstream?

In the end, the more mainstream, the more it's the norm. The more its the norm the more people start making steam powered things a common place. The more that happens, and the faster, then here we're are living in a real steampunk world.

mark this time as the day steampunk died..lol