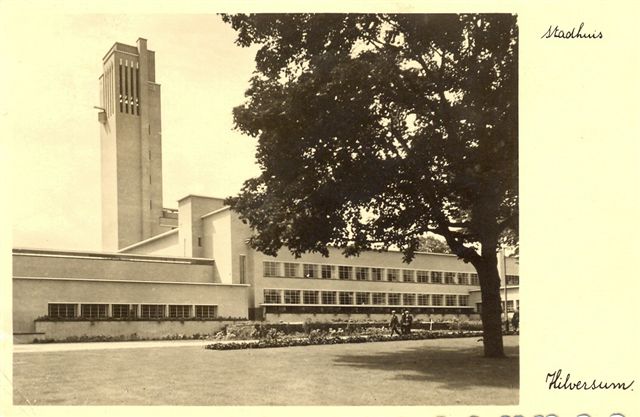 The town hall (stadshuis) of Hilversum in 1934. 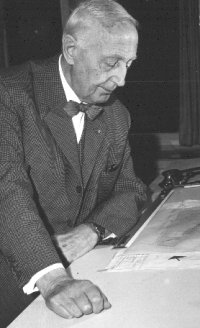 Dudok commissioned yellow bricks in special dimensions (some 680,000 were used) and also designed the furniture and interior decorations. 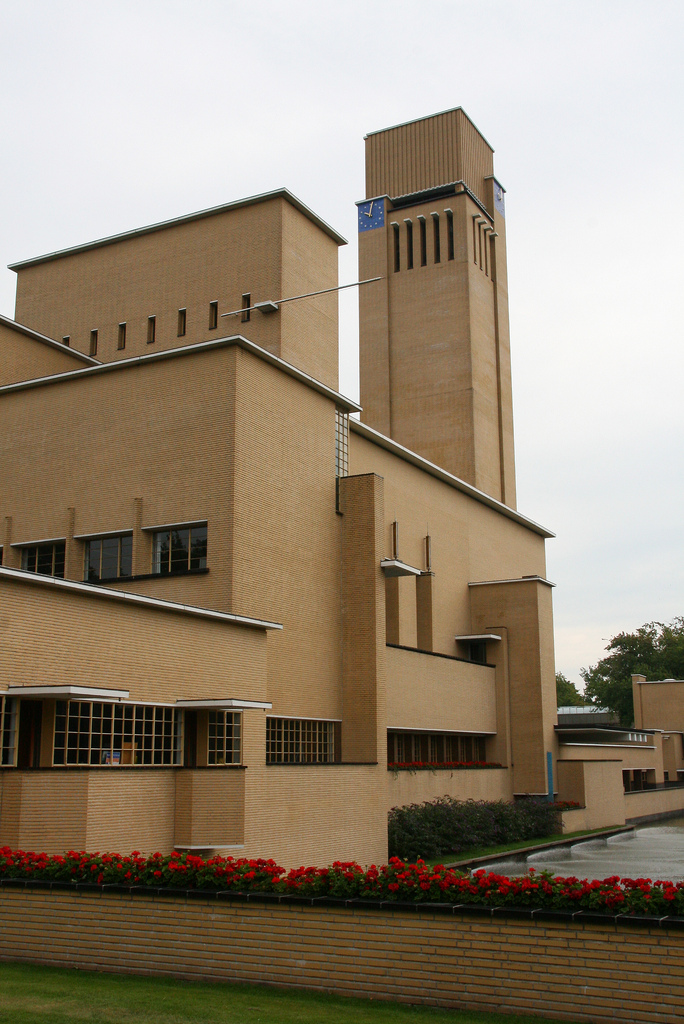 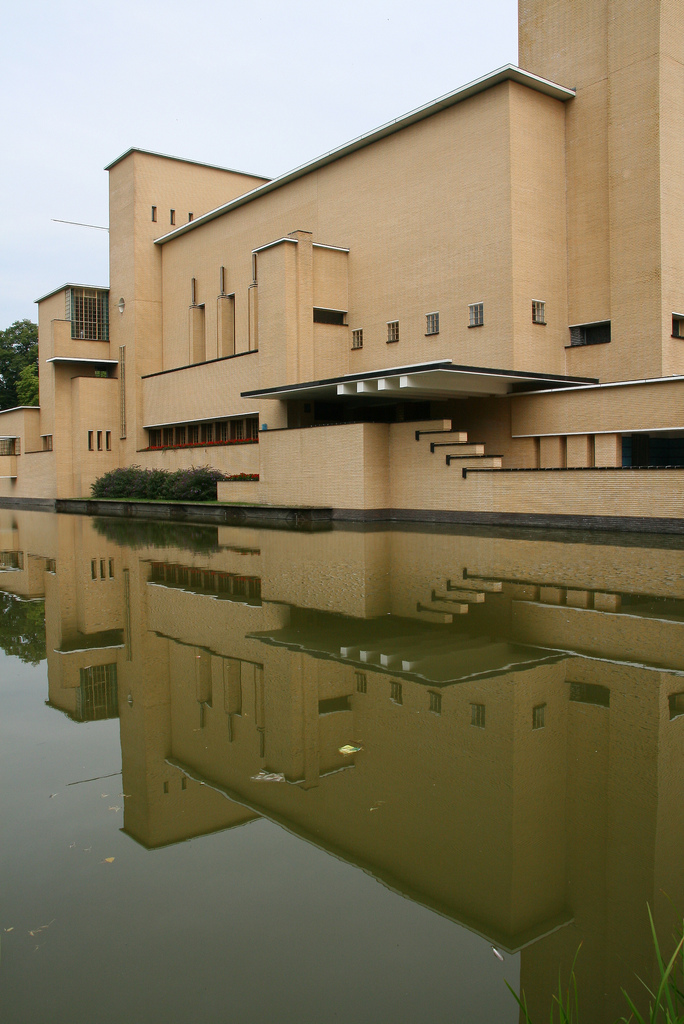 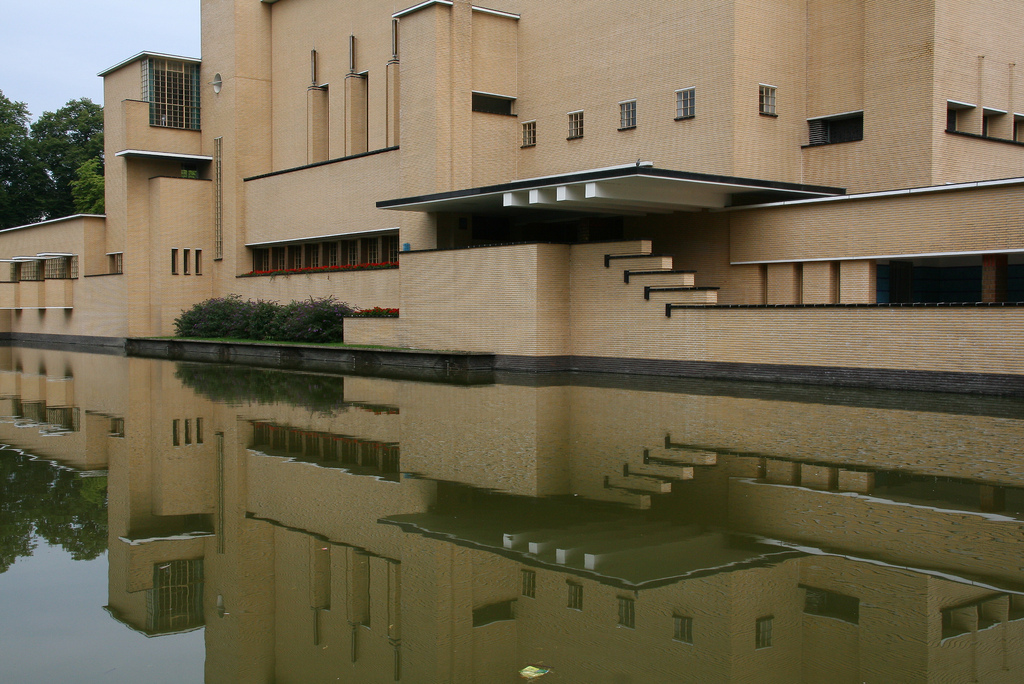 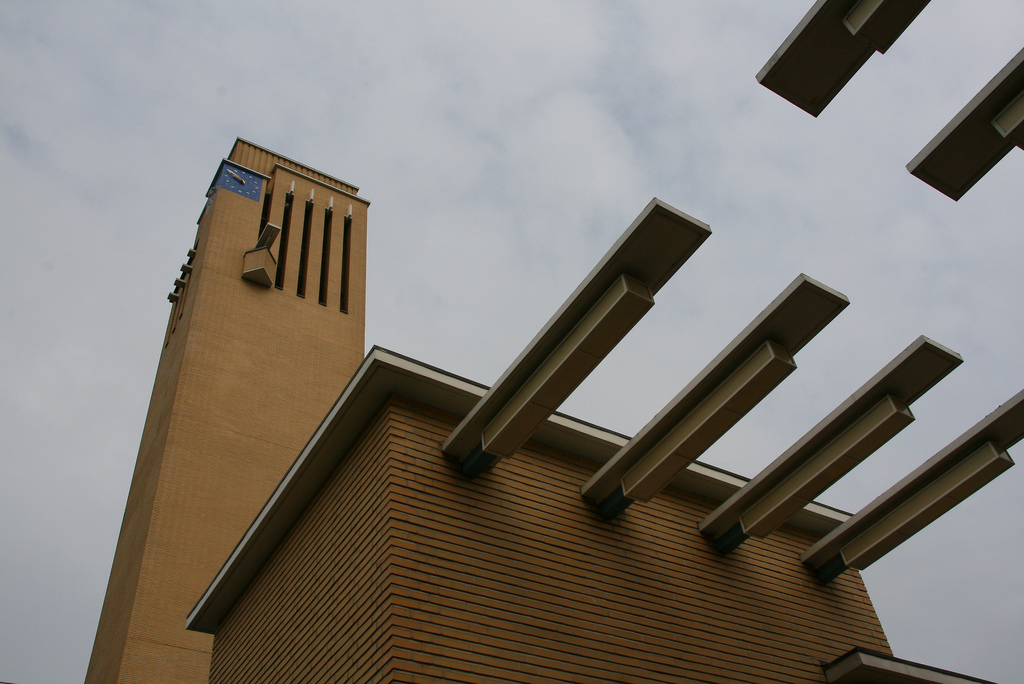 During WWII the building was used as Dutch headquarter of the German Wehrmacht. The prominent tower was then camouflaged.

As Hilversum is also the “media town” of the Netherlands the sound of the tower bell was broadcasted live every hour on the public radio stations until the 1960s.

The building was restored in 1989-1995. The restoration costs led to some rows as it was at one stage proposed to sell a Mondriaan painting of the city’s collection to pay for the restoration. 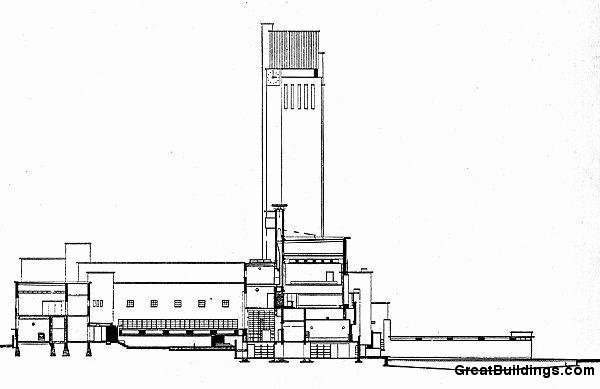 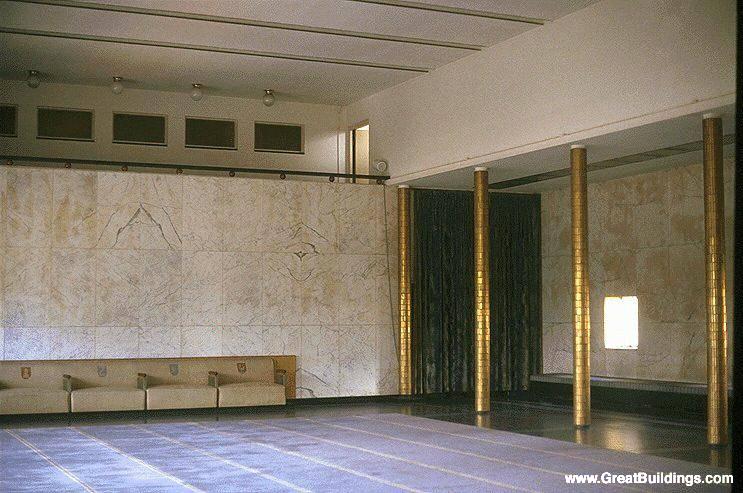 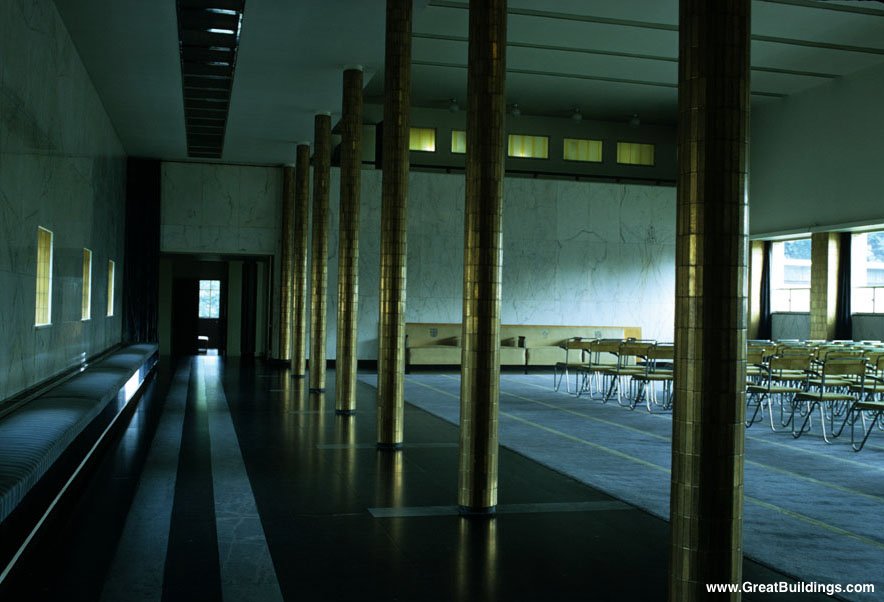 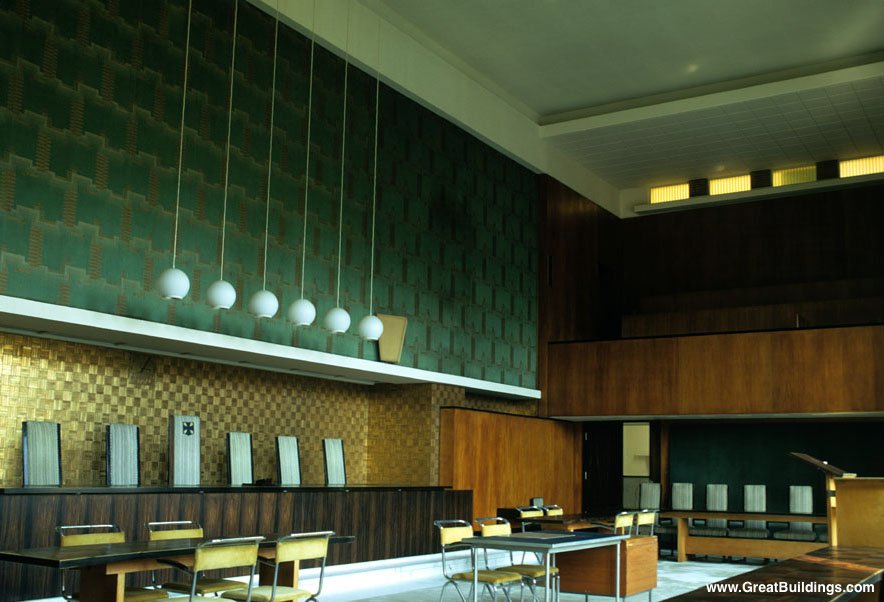 Drawing and interior photos from www.greatbuildings.com. 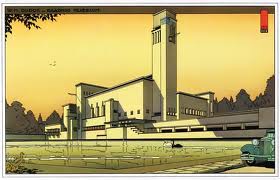 A famous drawing of the Hilversum Town Hall by Joost Veerkamp.

Comment by Tome Wilson on July 16, 2011 at 4:22pm
Wow.  It's a very beautiful building.  With all of those right angles, I'm surprised it has weathered the years as well as it has.