Hazardous duty aboard the Airborne Sausages PICTURED ABOVE: German ground troops watch as a balloon begins its ascent on the Western Front.

Stationary balloons, anchored by steel cables to the ground, were less glamorous than planes, but their contribution to air observation was just as important. Used by both sides, the gas-filled “sausages” hovered near the lines to direct artillery fire and monitor enemy movements.

Each balloon was manned by an observer and his assistant, who telephoned reports to the ground. Barely maneuverable and unarmed, balloons were inviting targets. But they were resolutely defended by antiaircraft guns, and the balloonists usually wore parachutes. 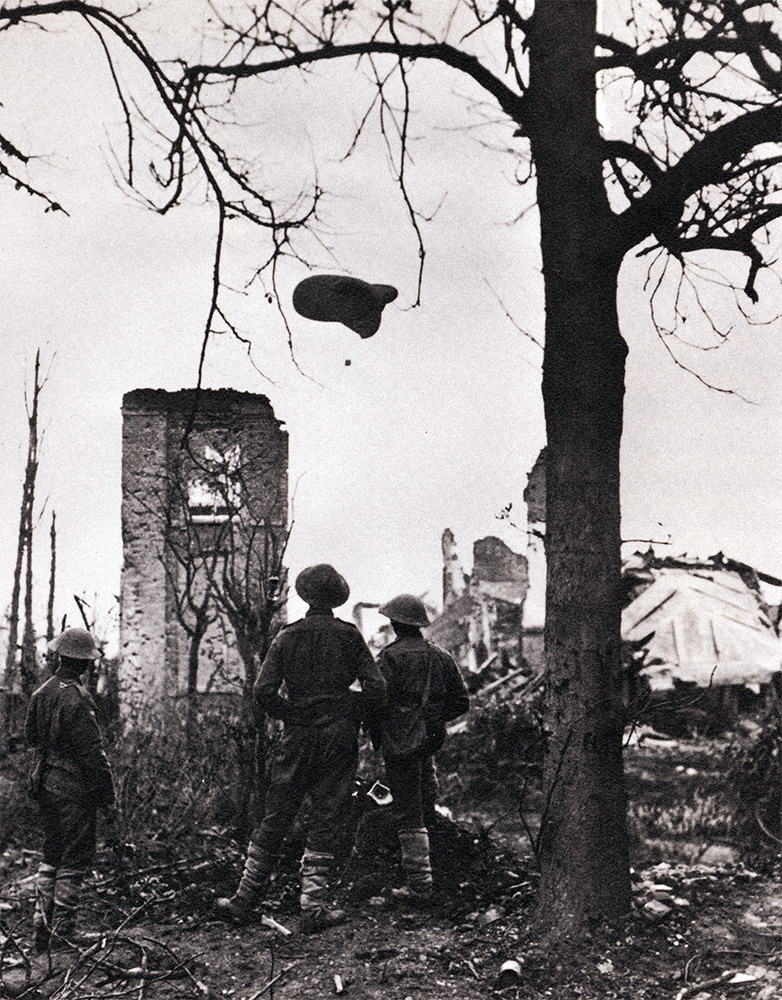 Its basket a tiny speck in the distance, a British balloon hovers over the shell-smashed battlefield at Ypres. Balloons generally were tethered two-to-five miles inside friendly lines and reached heights of up to 5,000 feet.

The simultaneous demise of two German balloons shot down near Boyelles, France is captured in this remarkable photograph. Attacking airplanes fired incendiary bullets to ignite the highly flammable gasbags, which would commonly disintegrate in 20 seconds or less.

Congratulations for your enthusiasm in supporting the Dieselpunk movement.

Congrats to the man who's done most for the advancement of Dieselpunk than probably anyone.

Oh, and btw. This was cool article. Talk about suicide missions.

I guess I should have noticed when they stopped carding me at the bar.

What's interesting is that these balloonists often wore parachutes but pilots usually didn't.  For a pilot, being shot down was usually a brutal death sentence, being burned to death in the midst of flaming dope covered canvas while plummeting to the ground at hundreds of miles an hour.