Most people know that Alexander Graham Bell invented the telephone in 1876. However, most don’t know that many credit Antonio Meucci for also inventing it. The origins of dieselpunk follows a similar pattern. In most dieselpunk literature, Lewis Pollack is credited with coining the term ‘dieselpunk’ to promote the RPG Children of the Sun in 2002. It turns out this is only half the picture. In a posting on the excellent Facebook page Dieselpunks HQ I met an gentlemen by the name of Anders Blixt who independently coined the term ‘dieselpunk’ for his RPG the same year as Pollack. What follows is an interview with Mr. Blixt that he kindly granted me. 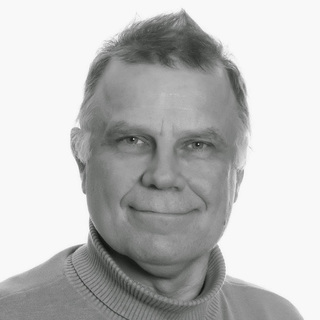 Anders, tell us a little about yourself.

I am a middle-aged chap who lives with wife and three children in Stockholm, Sweden. Since a few years, I earn my living as a tech writer, and in my spare time I write science fiction and role-playing games.

I grew up in Gothenburg in the 1960s and 1970s. In those days, that city was Sweden’s maritime nexus and its seagulls, ports, wharfs and merchantmen made me fall in love with the sea.

My mother had been an elite Lindy Hop dancer as a teenager in the 1940s and still owned a large collection of big-band records on 78-rpm discs. So she infused the first drops of diesel in my blood through the music of Glenn Miller, Benny Goodman, and the Dorsey brothers.

When I was eight, my father gave me Twenty-thousand Leagues under the Sea with the comment: “I liked this book when I was a boy”. I was mesmerized by it and I still remember the sunny afternoon on my uncle’s porch when I read about the Nautilus getting trapped beneath the polar ice. That book opened the gate to the literary universe of science fiction – my everlasting thanks, dad.

Role-playing games entered my life in 1977. Soon I organized gaming conventions and wrote articles for GDW’s Journal of Travellers’ Aid Society. In 1985, I graduated with an academic degree in international politics. By chance, Sweden’s only RPG manufacturer needed an editor/designer at that time. The 1980s was a golden age when Sweden was the second biggest RPG market after the US. So I spent the next four years producing best-selling games and supplements.

I switched careers in 1989, but kept on writing games as a freelancer. During the Balkan wars, I was a civilian specialist at an army base near Stockholm, working with logistics matters for our Blue Berets in Bosnia. One day when snow covered the field outside my chilly office room, I started writing an SF story to put my thoughts and worries on paper. It evolved into The Ice War, a dieselpunk spy adventure that was self-published in Swedish in 2011 and in English this year.

You mentioned on the Facebook page ‘Dieselpunk HQ’ that you independently created the term ‘dieselpunk’, without knowledge of the RPG Children of the Sun or Lewis Pollock, when you developed the game Lemuria. What year was the game created and what is the storyline?

I created Lemuria as a game world in 2002 and it was published in four consecutive issues of the now-defunct gaming magazine Sverox in 2003. I remember an inspirational flash about a rough southern continent, a pulpish adventure place for the 1930s; the igniting spark was the phrase “Lemuria, Mon Amour” (a reference to the art movie Hiroshima Mon Amour) that made me ponder what kind of place this Lemuria ought to be. A mental Big Bang followed: during a few hectic days I created a continent with vast taigas, immense ice wastelands, a savage fauna, harsh conflicts and plenty of cool vehicles and gadgets. 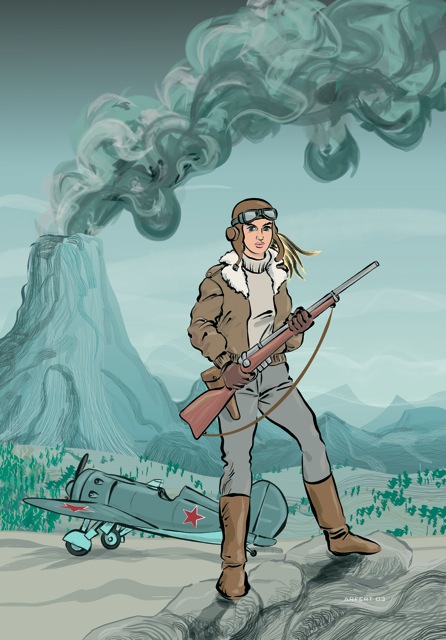 The response from the Sverox readers was so enthusiastic that Krister Sundelin and I, both veteran RPG designers, decided to expand the articles to a campaign book for D20 Modern. However, the choice of rules engine turned out to be unfortunate, because D20 Modern never gained a significant following here, and the commercial success was therefore modest. (If I would get an opportunity to reboot Lemuria, I would include a set of rules, probably based on Chaosium’s Basic Role-playing, because I know that engine well and it is easily adapted to that milieu.)

As for Lemuria’s first storyline, I will start the explanation from an odd direction: My wife is from northern India and her late father participated as a teenager in the independence struggles in the late 1930s. Therefore I have learned much of the brutality of colonialism. That permeates Lemuria where immigrant settlers toil to build better lives, while robber barons and warlords compete for wealth and power around them. And the aborigines, as usual, get the worst of it. Much of Lemuria is in a legal limbo, because by treaty no colonizing nation may claim sovereignty over land that it does not control properly. So the settlers in the outback have no recourse to lawmen and each village has to fend for itself. This storyline can therefore be called “The Wild South”, because it contains elements of Western movies, seen from the underdogs’ perspective with players characters that are, e.g., aborigines, miners, lumberjacks, sailors, and settlers.

The second storyline: During the 1990s I wrote two non-fiction books about United Nations peacekeeping missions in Asia and, as I already have mentioned, I worked with the UNPROFOR mission in Bosnia. I used these experiences to create a campaign outline in which the player characters are field agents for a League of Nations (the predecessor of the UN) civilian bureau that monitors what is going on in Lemuria’s wilderness to detect exploitation and other malfeasance, i.e., a sort of retro-flavored Mission Impossible or MacGyver.  To give these agents an advantage of the opposition, be it American industrialists, the Soviet OGPU or the Japanese military, they have access to “hitech” gadgets through their employer. (My father, who was born in the 1920s and earned an MSc in electrical engineering around 1950, told me a lot about what pre-transistor technology was like. I have written numerous RPG products during three decades, but Lemuria was the first one in which I could add his name to the list of contributors.)

Would you tell us a little what the term ‘dieselpunk’ meant to you when you coined it?

I had read several of William Gibson’s early novels and Sterling’s The Difference Engine, so I was familiar with cyberpunk and steampunk. In Lemuria I wanted to move the steampunk concept forward to a rough post-WW1 milieu. That meant that the main propulsion technology shifted to diesel engines – to describe that I coined the word dieselpunk.  Other aspects came from authors like Hammond Innes, Harold Jenkins, and W E Johns, who wrote about tough people adventuring in gritty far-away places. I also had in mind the 1930s King Kong movie, CS Forester’s World War One novel The African Queen, and the adventurous journalist Michael Chandal in Chaim Potok’s Depression-era novel Davita’s Harp.

Do you think the genre of dieselpunk as it exists today is consistent with the term as you coined it?

Well, currently the genre has so many facets. Sleek aeroplanes, chugging ship engines, rigid airships, and khaki & leather jacket fashion, yes, they are consistent; but Gernsbackian shiny utopias, jazzy zot suits and sinister parade uniforms, no, they are not.  (I have never cared much for Leni-Riefenstahl-ish esthetics or “dictator chic”.)

How does it make you feel that there exists an entire subculture with the name that you coined?

I feel both happy and amused. It is pure coincidence, of course. I wrote about dieselpunk and Lemuria in a minor language and that book did not circulate beyond Sweden’s borders. Lewis Pollack introduced the same concept in English at the same time, probably because time was ripe for the trope. So the credit for giving the word dieselpunk a wide circulation goes to him and those that followed in his footsteps, not to me.

Where do you see dieselpunk as a genre and subculture heading?

The indie-publishing revolution has opened up a field for books and games that did not exist a decade ago. So I think we are going to see more genre-specific literature during the next few years. As for dieselpunk cosplay and reenactment, well, I have not seen much of it in Sweden, so I would not dare speculate about their future. Swedish cosplayers seem to favor steampunk and anime.

Would you like to tell us about some of your dieselpunk projects that you have going?

The Swedish publisher Affront will soon publish Waiting for the Machines to Fall Asleep, an anthology of science fiction shortstories in English by Swedish authors. My contribution is a dieselpunk story called “The Road”.

Since last year, I have been working on a dieselpunk-SF collection of shortstories and novellas. They are inspired by my 2008 sojourn in Kabul, Afghanistan, where I worked as a civilian specialist in an EU mission, and by the experiences of my late uncle Arne Fallenius, a Swedish army officer who served as a UN observer in Sinai during the Egyptian-Israeli War of Attrition in 1969-70. I write in my spare time, so the project moves forward slower than I want, but I hope to complete it this year. I write the stories in English to gain a wider audience. My Swedish-Indian family is bilingual so English is not a foreign language to me.

Check out Anders Blixt’s blog “The Dream Forge”. In addition, check out his recent dieselpunk novel "The Ice War."

Nice to read your positive comments. I get spurred to continue writing my stories. My second diesel book is moving forward one page at a time. :-)

Larry, thank you so much for this interview with such an interesting person and for having presented so much new material for us to tear into! I'm pretty excited to get my hands on it.

I like where he is going with this.   Finally someone with a UN/League of Nations as a institutional protagonist and a focus on the downtrodden.  I look forward to reading The Ice War.