Knights of the Air: Albert Ball

The first of Britain's great aces, a violin-playing young maverick, winner of the Victoria Cross. Between mid 1916 and early 1917, he shot down forty-four German aircraft. 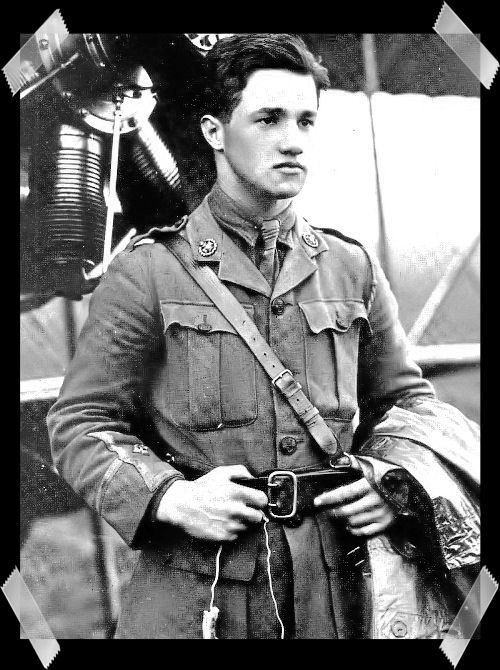 He enlisted at age 18 when the war started and joined the Sherwood Foresters. Upon receiving his Second Lieutenant's commission, he was sent to the North Midland Cyclist Corps.

Learning that pilot Lt. Rhodes-Morehouse had won the Victoria Cross, he paid for his own flying lessons. Despite some dangerous training crashes, he earned a transfer to the Royal Flying Corps by October. His training continued and weeks passed with little action

By January 1916, he was flying a BE-2c (an early war two-seater biplane, an unarmed reconnaissance/light bomber, capable of only 70 MPH) with the RFC's 13th Squadron. Nonetheless, for its time, the BE-2 (below) was a "hot" airplane and it was almost too much for Ball's flying skills; but his CO let him stay on. 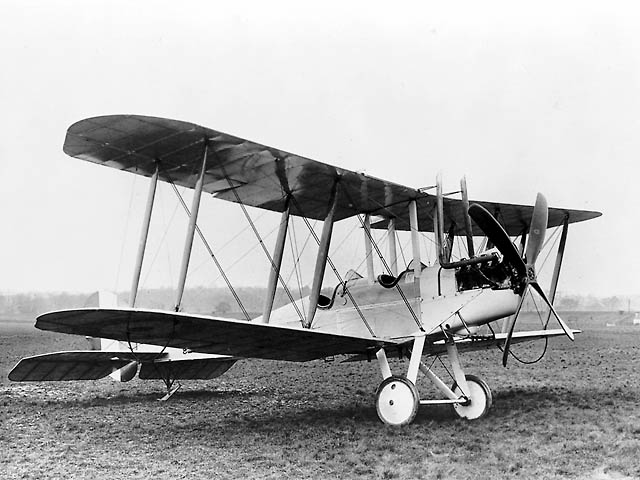 He demonstrated his determination by volunteering for secret missions: flying spies beyond the German lines and dropping them there. On one occasion, he took a "M. Victor" over the lines and headed for the drop point. En route three Fokkers jumped Ball's two-seater, laden down with the spy and his luggage. Anti-aircraft joined in. Ball dodged it all and darkness fell, protecting them. But the whole business had unnerved "M. Victor," who refused to get out! He also did artillery spotting and photo missions. He worked his way to piloting the Bristol Scouts (single seat fighters, below) attached to Number 13 Squadron. In May he switched to fighters, claiming his first kill while flying a Nieuport Scout. In the spring of 1916, the Nieuport  was one of the best fighters in the world: fast, graceful, easily controlled; it could climb to 10,000 feet in ten minutes. Albert Ball's Nieuport 17 A213, by R.N. Pearson:

During the Battle of the Somme, there was plenty for Ball to do: attacking German balloons, trenches, and transport. One day, his flight went after enemy kite balloons and flamed six of them. Ball, only having gotten one of them, was dissatisfied, and made another sortie. He shot down a second gasbag but enemy shrapnel nearly wrecked his plane, damaging the upper wing, the fuel line, and flying controls. With the plane shaking and with almost no fuel pressure, he barely bounced down onto his field. He earned the Military Cross (M.C.) for this mission. That summer, he continued with Number 13 Squadron, but because he operated best as a solo, single-seat flier, he was transferred to Number 60, a single-seat squadron. The Nieuports that he flew carried a Lewis gun mounted on the upper wing, firing clear of the propeller. Ball developed a technique of getting below and behind enemy planes, then firing his Lewis gun upward, into the enemy's underside. Once he trailed his own CO back to base from this position. 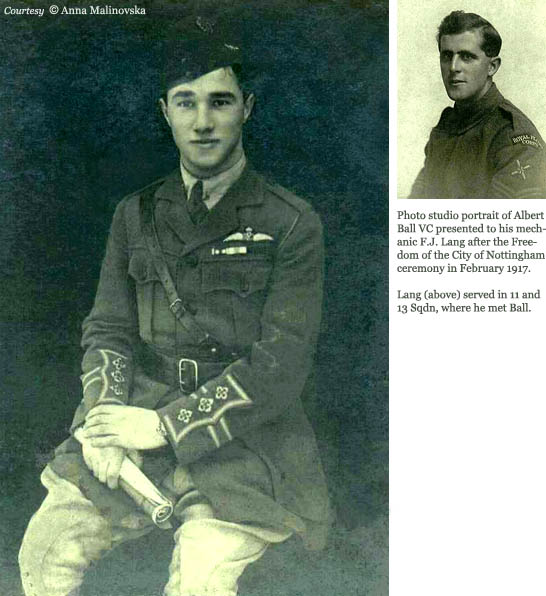 Ball was a loner on the ground as well. Evenings he would play his violin, Schubert's Unfinished Symphony and other pieces, by the red light of a flare. He was humorless and pious, convinced that killing Huns was God's will. He tended his private vegetable garden and took target practice with a Lewis gun.

By August, he was a flight commander. Late one day he went up on bomber escort, spotting seven German Rolands, unaware of his presence. He moved in, below and behind, and poured a deadly burst into the tail-end Charlie. As the Germans scattered, Ball changed the overhead Lewis' ammo drum while holding the stick steady between his knees, a tricky feat he had recently mastered. Firing again, he destroyed a second Roland. In the gathering dusk, he evaded the remaining five planes of this flight and found new prey just south of Vaux. He repeated his tactics: a quick burst to knock down the rear machine, a brief dogfight to score a second, and then a run for home. He landed with four planes to his score, but was anxious for more. At 8:00 PM on that late summer evening, he re-loaded his guns and took off again. He spotted the bombers he had originally been assigned to protect, with more Rolands pursuing them. Ball tore into the fray, diving and firing. But they were too many; he finally called it quits with eleven bullet holes in his overheated aircraft. 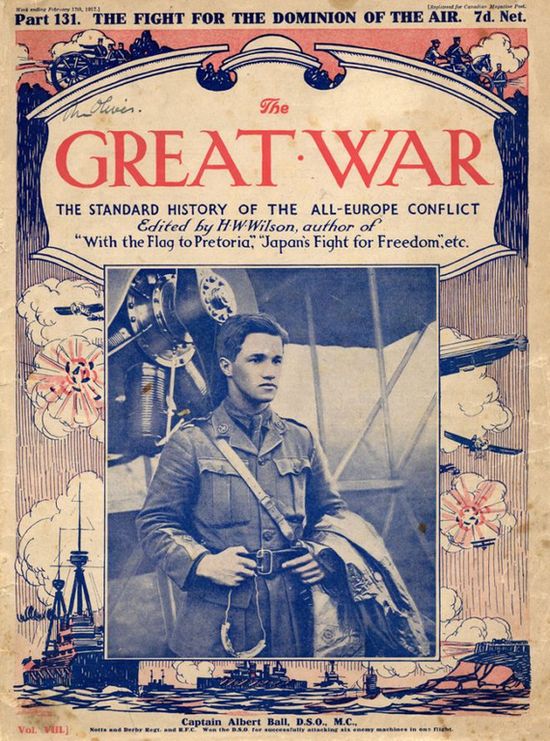 His reputation grew. He was awarded the Distinguished Service Order (D.S.O.) in September. By this time he had accumulated 31 victories. In October, he went on home leave. King George V himself pinned the D.S.O. on the nineteen year old flier. 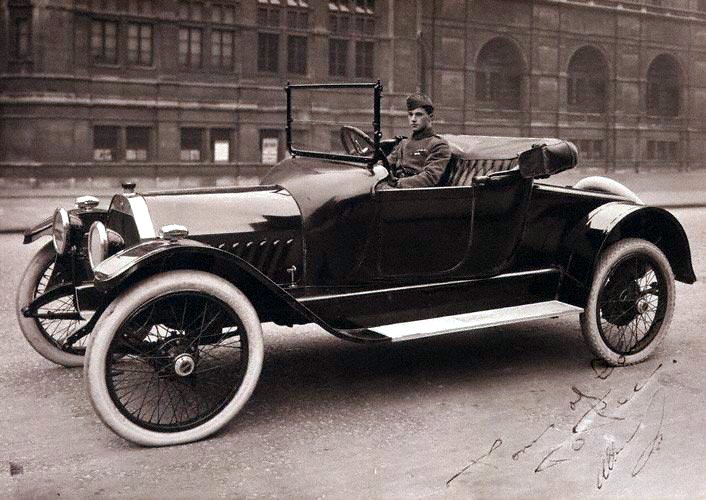 Anxious to protect the popular young hero, the brass assigned him to training duty. He objected bitterly; he wanted to get back to the front.

He returned to flying in France in February, posted to Number 56 Squadron, along James McCudden, Gerald Maxwell, Arthur Rhys-Davids, and others. Disliking the S.E.5a, the squadron's standard mount, he was allowed to fly a Nieuport on his solo patrols. Like Mannock later on, Ball became erratic. He kept killing, but became tired, shaken, and ill-tempered. By early May, he had added eleven more victims, raising his score to forty-two, then the top Allied ace. He reluctantly recognized that the new SE-5a was superior to the Nieuport and he made the transition.

The Battle of Arras was raging and British fighters of the 56th Squadron were ordered over the Douai and Cambrai sectors. Captain Albert Ball led one formation that went out at 5:30 PM on a heavily overcast, drizzling day. The British S.E.5 squadron met a circus of red-and-white painted Albatroses and a wild dogfight ensued. The battle spread out for miles in the darkening, rainy skies; guns fired, engines whined, and planes dived. As darkness came on, both sides headed for their bases. A Captain Crowe last saw Ball diving and firing after an Albatros fighter; both aircraft vanished into thick clouds. That was the last any member of 56th Squadron saw of Ball. 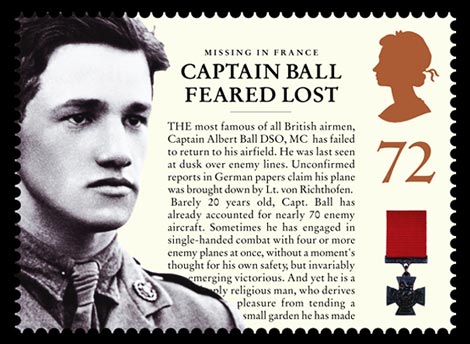 Civilians and other military observers saw the rest, as Ball finished off the Albatros, his 44th victory. Ball emerged over the village of Annoeulin, where he had gotten into the habit of checking the time on a church tower clock. This evening he flew by and German gunners, hidden in the tower, brought him down. German propagandists tried to credit Ball's destruction to Lothar von Richthofen, but since the Red Baron's younger brother was on sick leave at the time, many have challenged that claim. (There are other versions of Ball's death, but the machine gunner in the clock tower is widely accepted.) 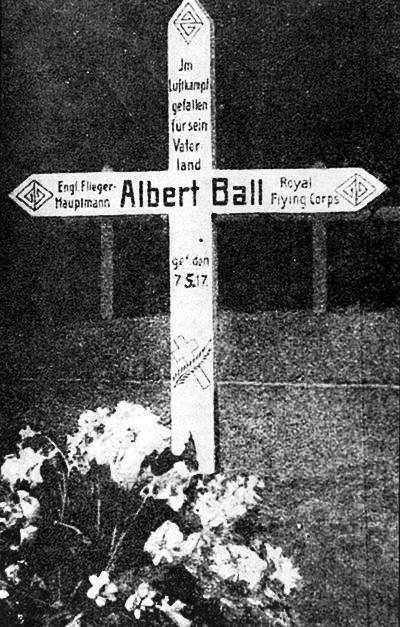 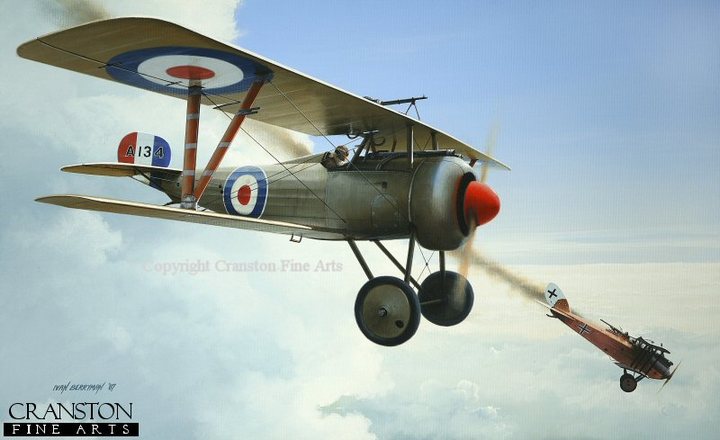 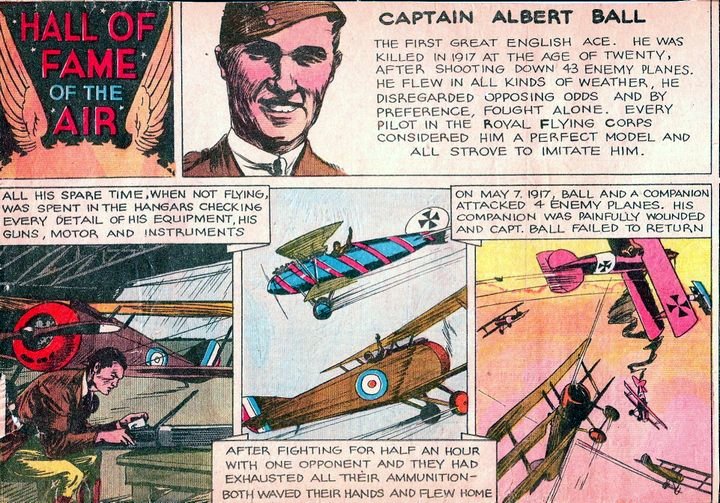