Knights of the Air: Francesco Baracca Baracca, who was born on 9 May 1888 in Lugo di Romagna, entered the Scuola Militare at Modena in October 1907. Within the space of a year he had reached officer rank within the Royal Piedmont Cavalry. 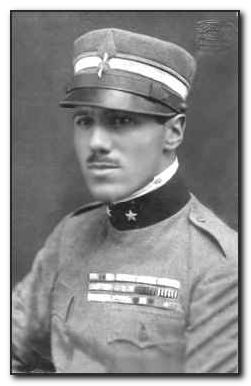 April 1912 saw Baracca undertake flight training in Reims. He spent the immediate pre-war months - Italy beginning the First World War as a declared neutral - in training and as an instructor. During the months between the outbreak of World War I and Italy's entry into the war, there was intense political controversy in Italy between pro-war and pro-peace factions. Baracca remained aloofly neutral, but ready to serve his nation. After Italy's entry into the war on the Allied side in May 1915, he was sent to Paris to convert to Nieuport two-seaters. Upon his return in July, he was assigned to the 8a Squadriglia Nieuport. The Nieuport 10s that equipped this squadron were almost useless against Austro-Hungarian raids; they were too slow, with too slow a rate of climb, to bring the intruders to battle with any regularity. The frustrated Italian pilots even resorted to leaving their observers ground-bound in attempts to improve performance, to little avail. On those rare occasions when battle was joined, the Nieuports' guns usually jammed. Renaming the unit to 1a Squadriglia Caccia on 1 December 1915 did nothing to solve the problems. 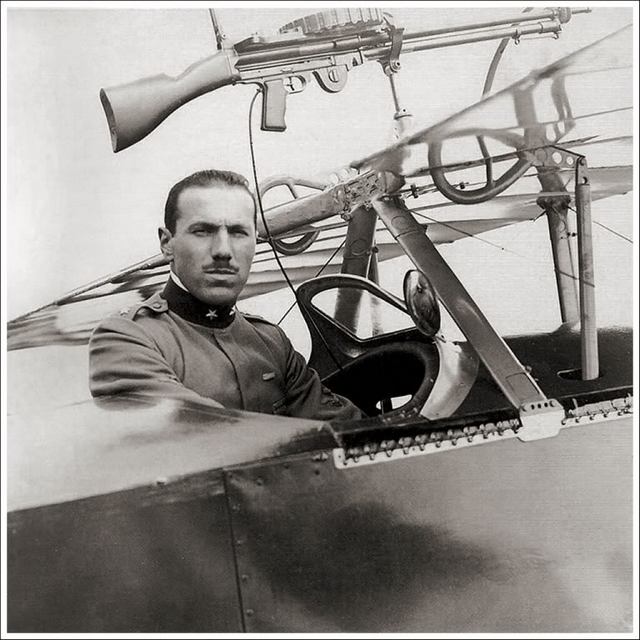 The Nieuport 11 single seat fighter with Lewis guns entered service in April 1916, and on 7 April, flying this new fighter Baracca scored his first victory, holing the fuel tank of an Austrian Hansa-Brandenburg C.I, wounding its two-man crew. This was also the first aerial victory for Italy in the war. This first victory showed his favorite maneuver, which was to zoom in unseen behind and below an enemy and fire his machine gun from pistol range. 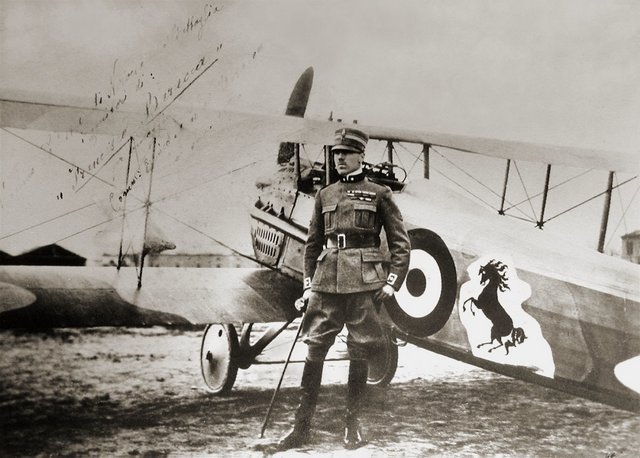 Count Baracca at this time adopted as a personal emblem a black prancing horse on his Nieuport 17, in tribute to his former cavalry regiment. This prompted some to call him, "The Cavalier of the Skies". The image has been used since 1923 by Enzo Ferrari upon his racing cars. 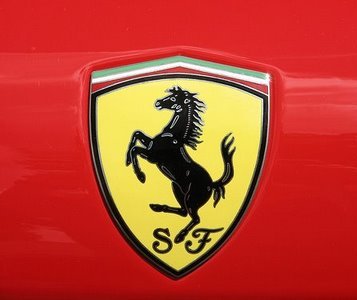 Baracca's second victory was an Austrian Lohner over Gorizia on 23 April 1916. After his third victory, he transferred to 70a Squadriglia. Promoted to Captain's rank, Baracca remained with the unit until, with 9 victories, he transferred to the newly formed 91st Squadriglia, known as the "Squadron of the Aces", in 1 May 1917. By that time, his ever increasing list of victories had made him nationally famous. While he initially dodged the responsibilities and paperwork that went with command, he finally settled into heading the squadron.
His career - and life - came to an end on 19 June 1918 when he was shot down in the midst of a ground attack mission. He was at that time in command of 91 Squadron. 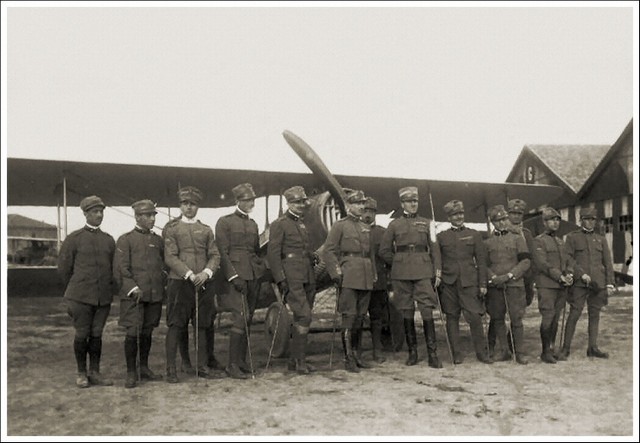 Baracca's friend Fulco Ruffo di Calabria nearly ended Baracca's career—and life—in June 1917. Ruffo di Calabria burst out of a cloud firing in a head-on pass at an enemy airplane, and barely missed Baracca. Later, on the ground, Baracca assured his companion, "Dear Fulco, next time, if you want to shoot me down, aim a couple of meters to the right. Now let's go for a drink and not talk of it any more!" Baracca temporarily upgraded to a Spad XIII in October 1917, using it in a couple of victories on the 22nd, and on a win scored on a joint sortie with Pier Piccio on the 25th. That night he wrote: "I had my SPAD shot up and its longeron broken into pieces by enemy machine gun fire in an aerial dogfight." As a result, Baracca returned to the more maneuverable Spad VII, remarking, "It doesn't matter if the VII is equipped with a single gun. Provided you are a good fighter, a single gun is just enough." Nevertheless, after repair, the Spad XIII was sometimes used. A dedicated fighter pilot, Baracca found life away from the front unbearable and remained as much as possible with the 91st Squadriglia, even after being promoted to Major in November 1917. 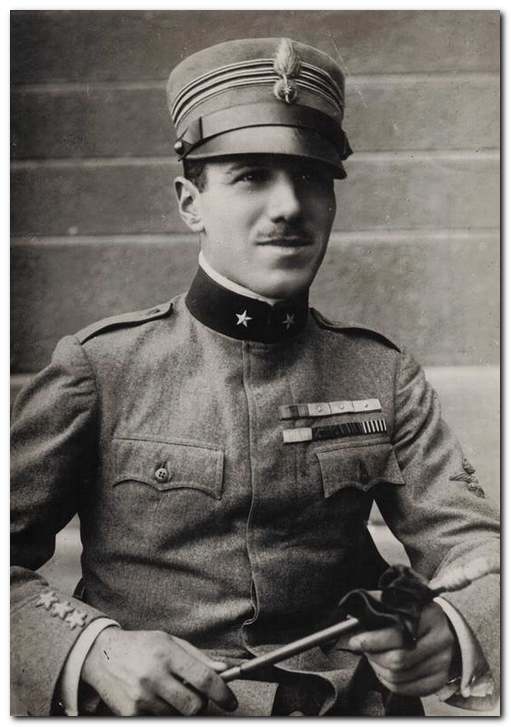 Baracca remained a modest, sensitive man conscious of his duty and compassionate to both his squadron comrades and to his defeated enemies. He would try to visit his victims in hospital afterwards, to pay his respects, or he would place a wreath on the grave of those he killed. He had raised his score to 30 by the end of 1917. 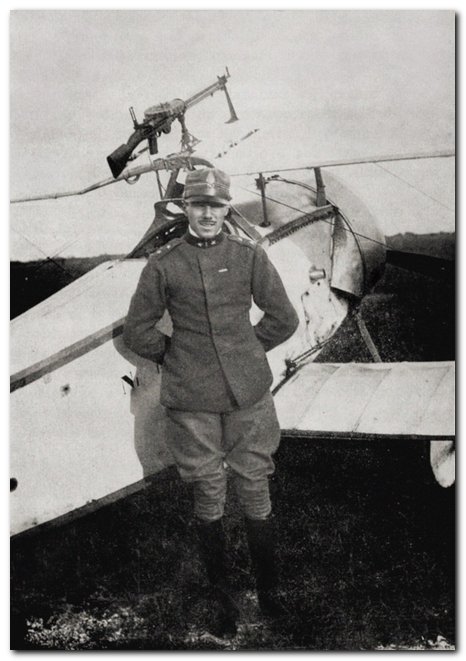 Soon afterwards, Baracca, Piccio, and Ruffo di Calabria were tasked with evaluating the new Ansaldo A.1 Balilla fighter. Baracca was personally decorated by King Victor Emmanuel III at La Scala at this time. It was March 1918 before Baracca convinced his superiors that he belonged back at the front. He was not long back before he found himself in a situation similar to the previous late October; his squadron was forced to withdraw by enemy advances on 27 April. It was about this time that he adopted the griffin as an insignia for the planes in his unit. Most of his pilots adopted it, though some still flaunted the prancing stallion as a gesture of respect for their commander. 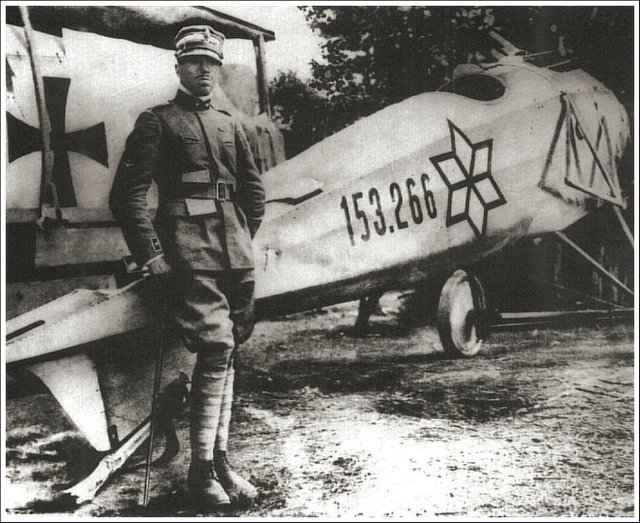 Baracca saw little action in 1918, but he added more victories, for a total of 34, before failing to return from a strafing mission on the Montello hill area on 19 June. The Italians were taking advantage of their air supremacy to fly treetop ground attack missions into a storm of small arms fire. In the 0630 troop support mission, Baracca and rookie pilot Franco Osnago were hit by ground fire and split from one another. A few minutes later, both Baracca's home airfield and Tenente Osnago saw a burning airplane fall. Some days later, on 24 June, after an Austro-Hungarian retreat, Baracca's remains were recovered from where they lay, four meters from the burnt remnants of his Spad XIII. In this place was later built a monument in his memory. Osnago, Ferruccio Ranza, and a journalist named Garinei retrieved his body for the large funeral that was held in his home town of Lugo.
Baracca's body bore the marks of a bullet hole to the head. In his hand was held a pistol, leading to suspicions that he elected to take his own life rather than die in a crash or be taken prisoner.

Several monuments to Baracca were erected after the Great War, the most impressive in his hometown: 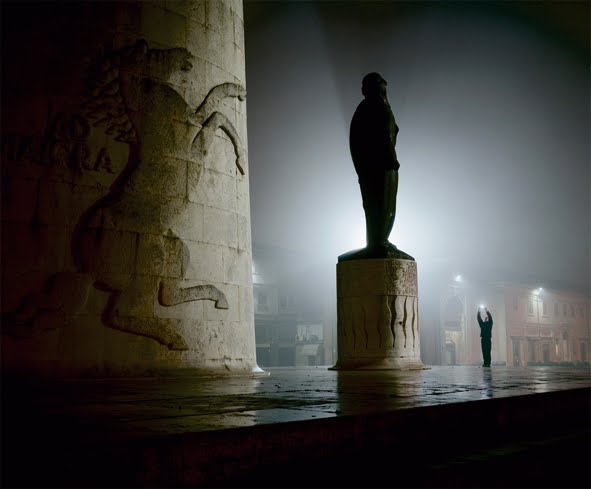 Comment by lord_k on August 8, 2010 at 8:34pm
To Cap'n Tony:
quite right you are. Italy deserves much more - in the Great War they had excellent pilots, very good bombers and naval fighter planes, and achieved a lot in the Interbellum. I'll fill the gaps, step by step.

Comment by Cap'n Tony on August 7, 2010 at 8:33pm
Impressive! Thanks again, Lord K, and it's good to see Italy given a nod. They so rarely get any credit for their actions in either war and like the French suffer from undeserved reputations.