Albatros was Germany's largest aircraft maker.  At one time, 60% of German frontline fighters were Albatroses. 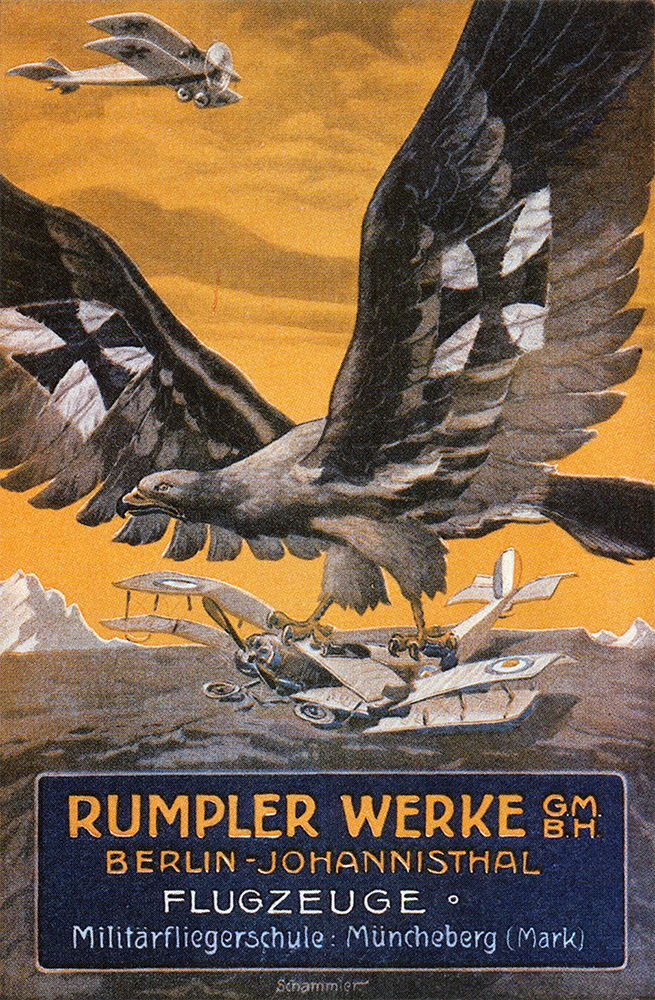 Rumpler, originally known for its popular Taube monoplanes, built hundreds of reconnaissance biplanes during the War. Aviatik, which made automobiles as well as aircraft, moved to Leipzig in 1916, away from its location near the Western Front. 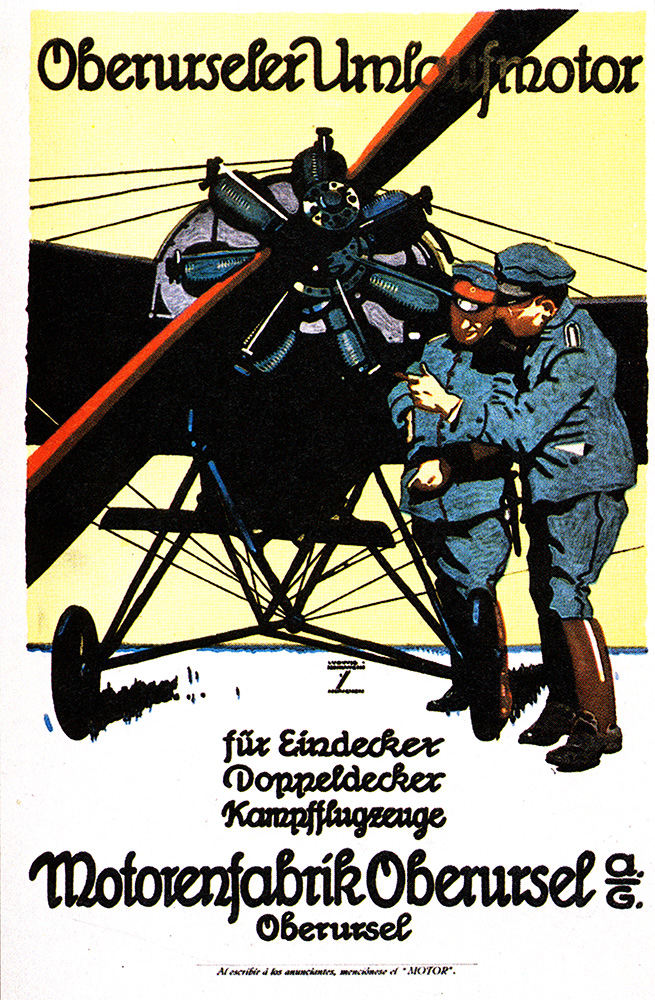 Oberursel rotary engines, at first made under license from a French firm, powered most Fokker fighter planes. 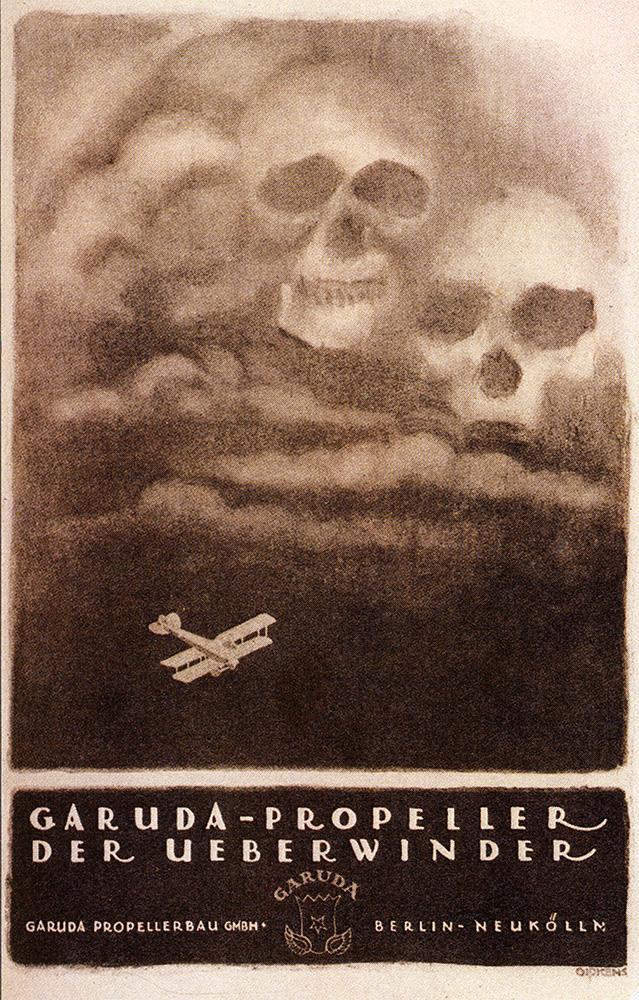 Garuda of Berlin made propellers for German aircraft, which the company grimly portrayed as agents of death.