Knights of the Air: Sky Cannons The plot is set in 1940s. But reality was well ahead the writer's imagination. If Mr. Wells took a better look around he could notice a flying machine armed with something serious - a cannon. Here is a short extract from "The Cannon Pioneers" by Anthony G Williams: "The earliest and the most persistent users of cannon-armed aircraft were the French.  Despite the fact that early aircraft had considerable difficulty in lifting themselves and their pilots into the air, experiments with fitting large-calibre cannon took place even before World War I. 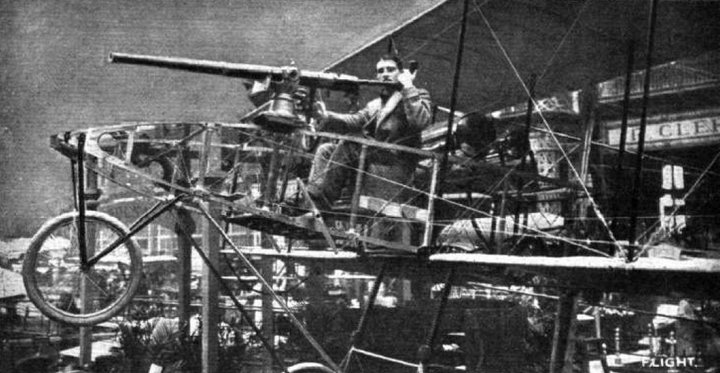 "In 1910 the Frenchman Gabriel Voisin installed a 37 mm cannon in one of his aeroplanes for publicity purposes, but it never flew with this armament. The next year, ground tests of a 37 mm Hotchkiss mounted in front of the propeller of a Blériot 11 wrecked the aircraft. In 1913, a 37 mm gun was finally fired from a "Voisin Canon," a modified Voisin model 1913 with a 37 mm Hotchkiss cannon and a 200 hp engine. "The first of the French 37 mm airborne cannon was the powerful M1902 "Tube Canon" which fired a 37x201R cartridge. The other common French aircraft weapon in this calibre was the short-barrelled naval Hotchkiss M1885, chambered for the low-velocity 37x94R cartridge. The M1885 was later modified with a smoothbore barrel to fire the "shotgun cartridge" shells in some fighters, as a rifled barrel disturbed the pattern of shot. 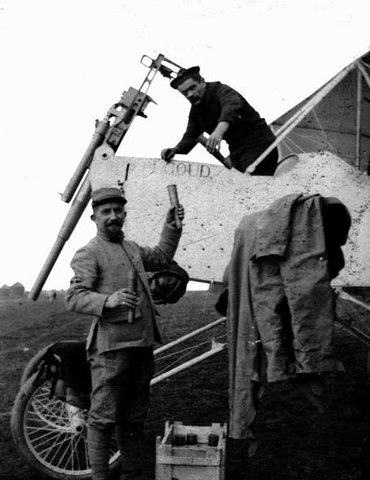 Various sub-types of the Voisin aircraft were available with these cannon throughout the war, flexibly mounted in the front gun position of the pusher aircraft. " 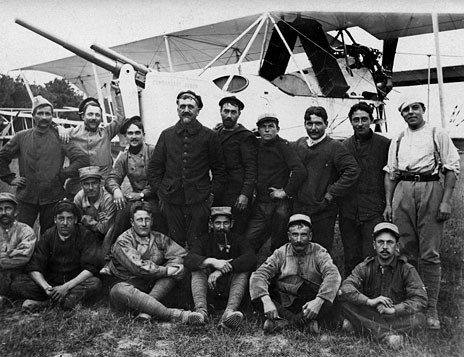 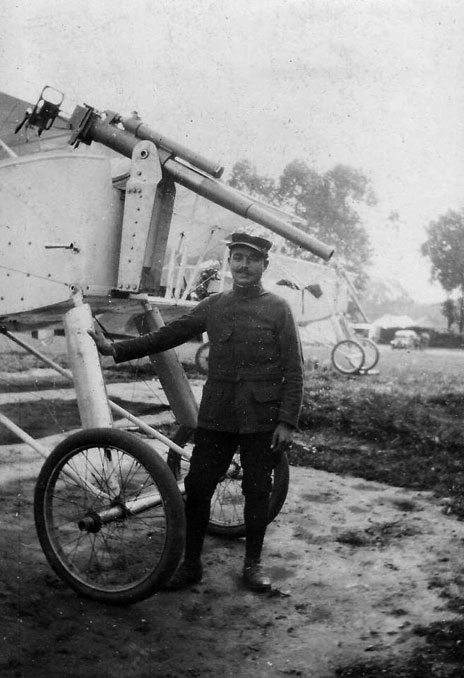 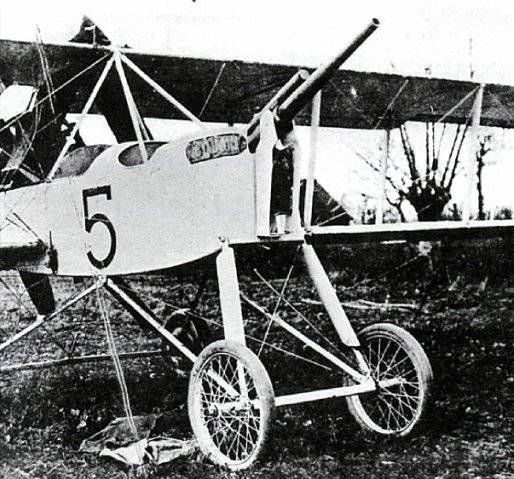 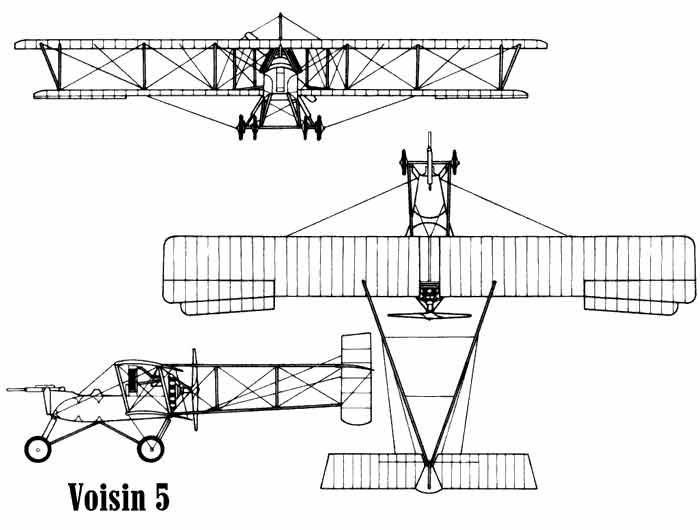 Comment by lord_k on April 16, 2011 at 3:35pm
Their official designation was "ground attack aircraft".

Comment by Leviathan on April 16, 2011 at 3:16pm
Quite a feat of human ingenuity. I wonder if this could have become the first anti tank plane, had the need arisen.