Knights of the Air: Sopwith Triplane

Today, the first operational triplane fighter of the Great War: Less famous than German Fokker Dr.I (the last mount of Manfred 'Red Baron' von Richthofen), the Sopwith Triplane was used in combat by the Royal Naval Air Service. The stack of three wings reduced wingspan and increased wing area making it handle and climb better than biplanes. Visibility from the cockpit was outstanding but it was slower and less heavily armed than it's German opponents. 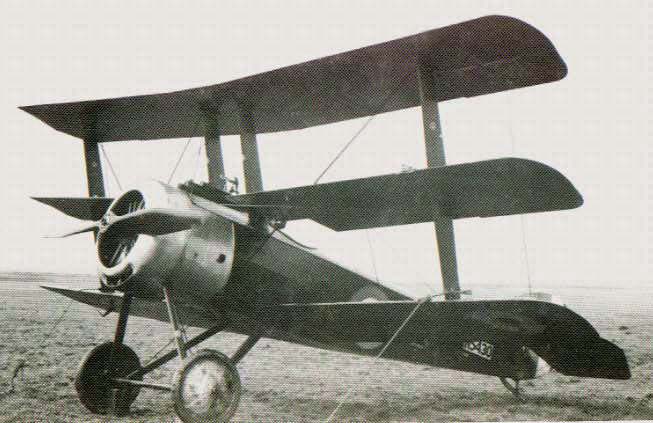 Pilots nicknamed it the Tripehound or simply the Tripe. The Triplane became operational with the Royal Naval Air Service in early 1917 and was immediately successful. The Triplane was nevertheless built in comparatively small numbers and was withdrawn from active service as Sopwith Camels arrived in the latter half of 1917. Surviving aircraft continued to serve as operational trainers until the end of the war. 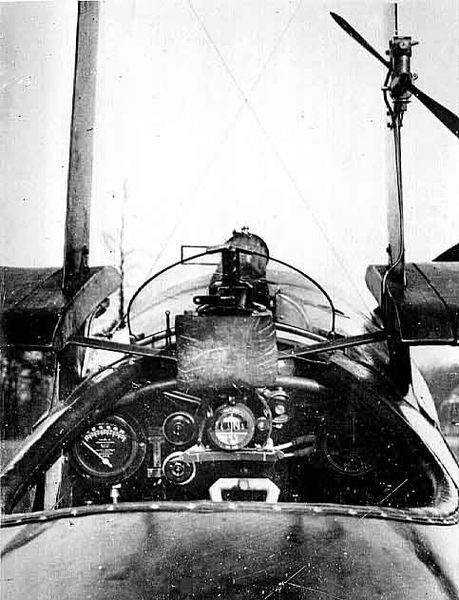 The Triplane began as a private venture by the Sopwith Aviation Company. The fuselage and empennage closely mirrored those of the earlier Pup, but chief engineer Herbert Smith gave the new aircraft three narrow-chord wings to provide the pilot with an improved field of view. Ailerons were fitted to all three wings. By using the variable incidence tailplane, the aircraft could be trimmed to fly hands-off. The introduction of a smaller 8 ft span tailplane in February 1917 improved elevator response.

The prototype Triplane, serial N500, first flew on 28 May 1916, with Sopwith test pilot Harry Hawker at the controls. Within three minutes of takeoff, Hawker startled onlookers by looping the aircraft three times in succession. The Triplane was very agile, with effective, well-harmonised controls. When maneuvering, however, the Triplane presented an unusual appearance. One observer noted that the aircraft looked like "a drunken flight of steps" when rolling.

In July 1916, N500 was sent to Dunkirk for evaluation with "A" Naval Squadron, 1 Naval Wing. It proved highly successful. The second prototype, serial N504, was fitted with a 130 hp Clerget 9B. N504 first flew in August 1916 and was eventually sent to France in December. This aircraft served as a conversion trainer for several squadrons.

Between July 1916 and January 1917, the Admiralty issued two contracts to Sopwith for a total of 95 Triplanes, two contracts to Clayton & Shuttleworth Ltd. for a total of 46 aircraft, and one contract to Oakley & Co. Ltd. for 25 aircraft. Seeking modern aircraft for the Royal Flying Corps, the War Office also issued a contract to Clayton & Shuttleworth for 106 Triplanes.

Production commenced in late 1916. Sopwith and Clayton & Shuttleworth completed their RNAS production orders, but Oakley, which had no prior experience building aircraft, delivered only three Triplanes before its contract was cancelled in October 1917.For unknown reasons, the RFC Triplane contract issued to Clayton & Shuttleworth was simply cancelled rather than being transferred to the RNAS. Total production amounted to 147 aircraft. 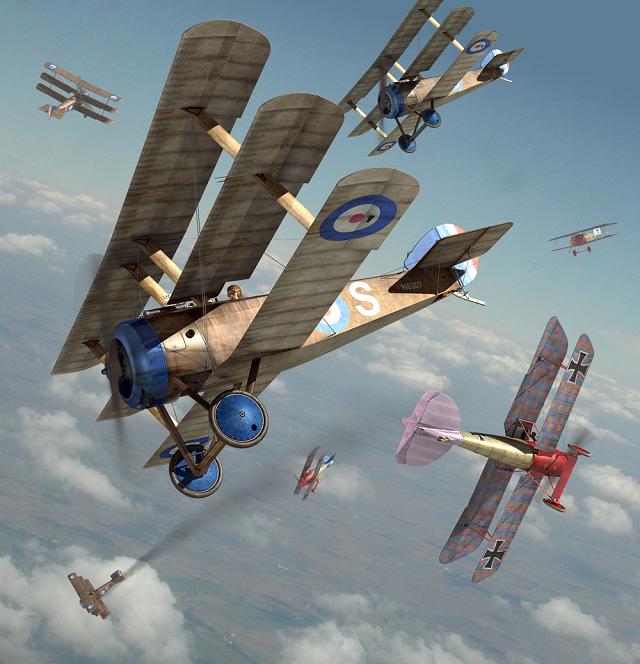 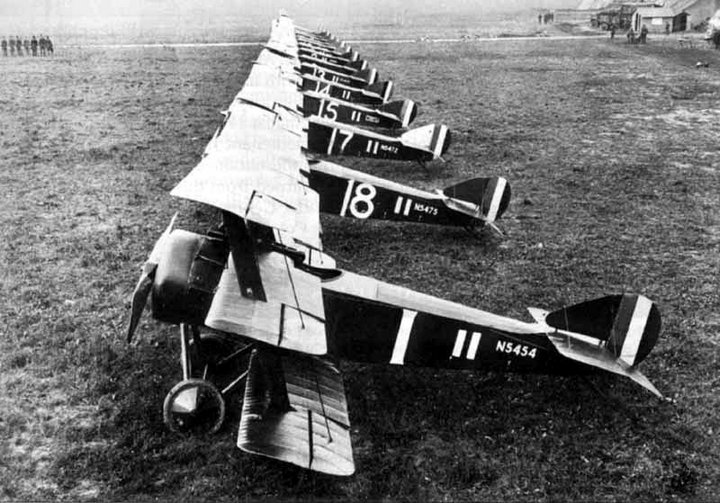 The Triplane was famously flown by No. 10 Naval Squadron's "B" Flight, better known as "Black Flight." This all-Canadian flight was commanded by the ace Raymond Collishaw. Their aircraft, named Black Maria, Black Prince, Black George, Black Death and Black Sheep, were distinguishable by their black-painted fins and cowlings. Black Flight claimed 87 German aircraft in three months while equipped with the Triplane. Collishaw himself scored 34 of his eventual 60 victories in the aircraft, making him the top Triplane ace. 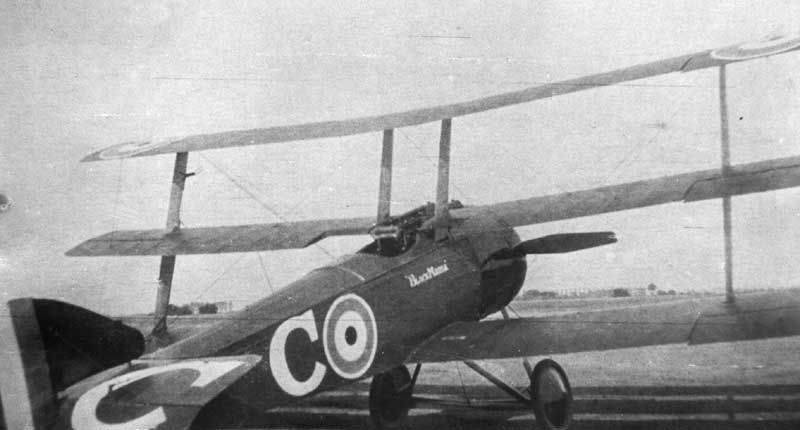 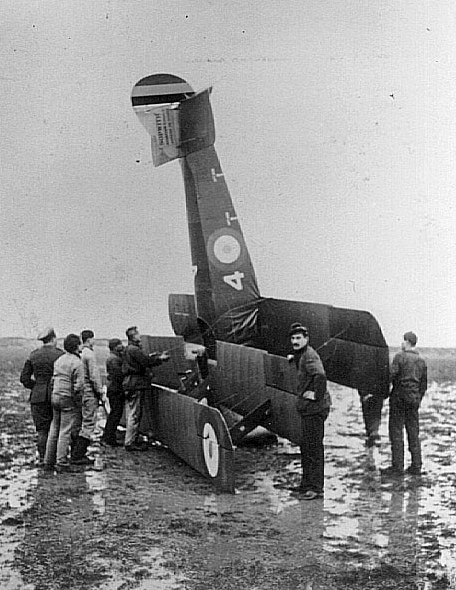 The Triplane's combat debut was highly successful. The new fighter's exceptional rate of climb and high service ceiling gave it a marked advantage over the Albatros D.III, though the Triplane was slower in a dive. The Germans were so impressed by the performance of the Triplane that it spawned a brief triplane craze among German aircraft manufacturers, resulting in no fewer than 34 different prototypes. Only one of them, developed by Fokker's engineer Rheingold Platz after a study and flight tests of the captured Tripe (below), gave life to a mass-production combat aircraft, the Fokker Dr. I. For a variety of reasons, the Triplane's combat career was comparatively brief. In service, the Triplane proved difficult to repair. The fuel and oil tanks were inaccessible without substantial disassembly of the wings and fuselage. Even relatively minor repairs had to be made at rear echelon repair depots. Moreover, spare parts became difficult to obtain during the summer of 1917, and No. 1 Naval Squadron's complement was reduced from 18 to 15 aircraft.

The Triplane also gained a reputation for structural weakness because the wings sometimes collapsed in steep dives. Another drawback of the Triplane was its light armament. While contemporary Albatros fighters were armed with two guns, most Triplanes were armed with a single synchronized Vickers machine gun. The Sopwith Snark, designed and built towards the end of the First World War to replace the RAF's Sopwith Snipes. Only three built, too late to see combat. 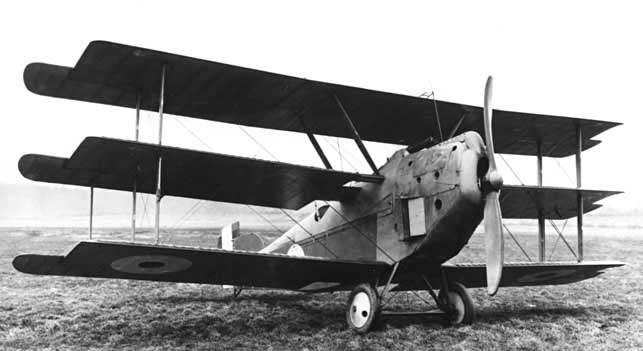