Knights of the Air: The War in Stained Glass

Their motives were many, and some perhaps naïve: adventure, glory, a simple urge, as one of them said, “to get into the scrap.” But as Edwin Parsons said many years later of his former squadron, the Lafayette Escadrille, “I don’t know a single one of the boys who didn’t have a deep-seated desire to help France.”

The gallant gesture of the young Americans – and some of them indeed were little older than 18 – touched an appreciative nerve among the French. After the War, a joint Franco-American committee honored the volunteers with a permanent memorial, of which the stained-glass windows pictured below are a part.

Between 1916 and 1918, when most of the men transferred to the United States Air Service, more than 200 Americans flew for France. Some served with the original Lafayette Escadrille, while others formed the Lafayette Flying Corps and were scattered throughout the French air service. “They were fighting to get in,” Parsons recalled. And once in, they fought well. All told, they were credited with 199 air victories. But the price was high, 63 of the Americans were killed in action. Two others died of illness and accident before the Armistice.

Most of the dead are buried at the Lafayette Escadrille Memorial near Versailles. Dedicated on the Fourth of July, 1928, the shrine is composed of a central arch of triumph flanked by colonnades, and a sanctuary (burial crypt). Light filters into the tomb through a series of 13 stained-glass windows, which were paid for by public subscription in France and America. Designed by an anonymous artist, they show the United States airmen in flight over the various sectors where they did battle.

In a tribute composed for the memorial, English poet Richard Le Gallienne wrote in part:

France of the many lovers, none than these
Hath brought you love of an intenser flame…
Their golden youth they gave, and here are laid
Deep in the arms of France for whom they died. 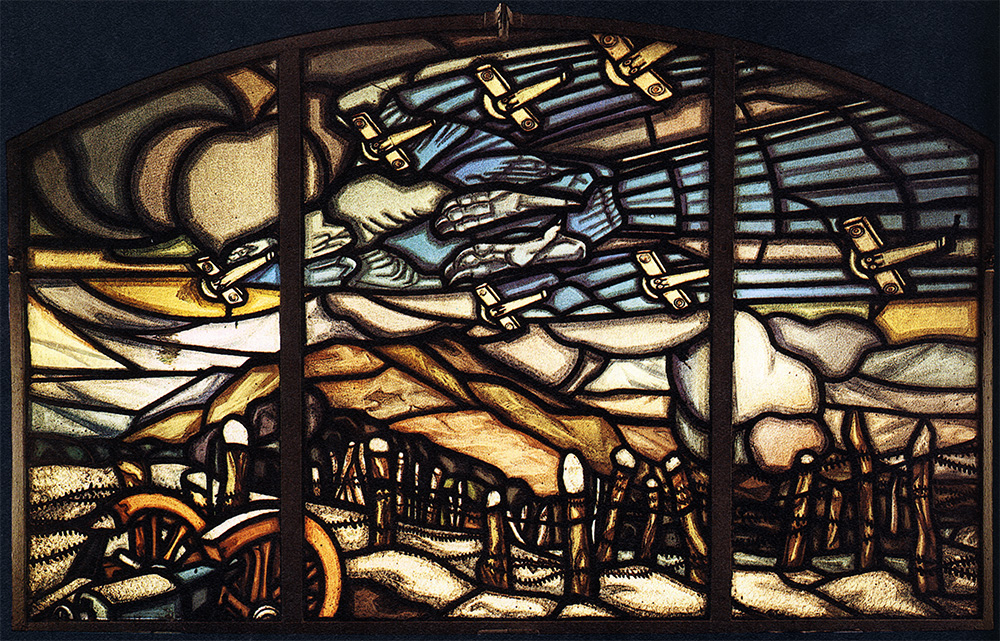 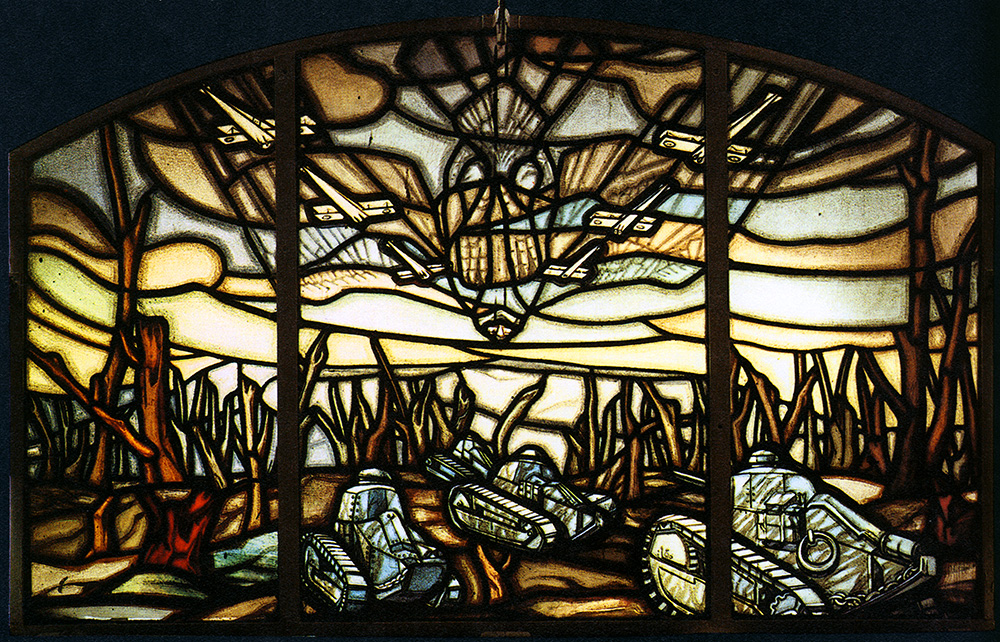 The Lafayette Flying Corps supports French tanks in this window depicting an Allied push against the Craonne plateau in 1917. An eagle, representing the American presence, protects the French cathedral at Rheims, a frequent target of German bombers. 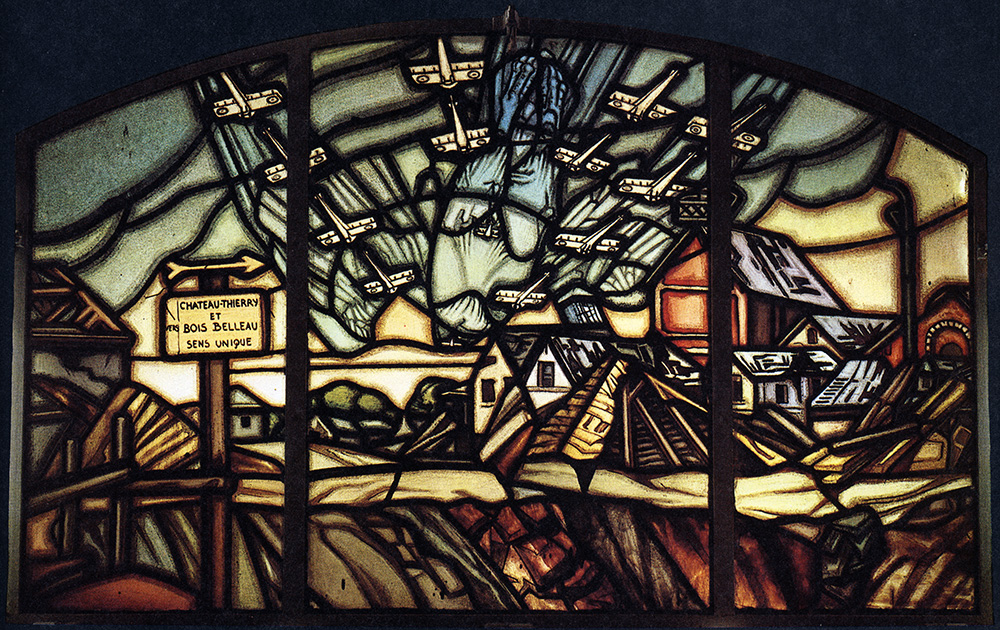 A swarm of aircraft dives on German positions near Château-Thierry, the scene of major American fighting in 1918.

Love It
9 members loved this

Wow. I saw the Young Indiana Jones episode where he flies with the Lafayette Escadrille for a while, but I've never really thought about them beyond that. These windows are amazing. I'll have to do more research on them.