Once again, a car make of old. Franklin, a name associated with aviation and air-cooling. Herbert H. Franklin (H. H.)liked to play cards, enjoyed golf, dabbled in painting and photography, and occasionally took trips out of town accompanied by young women. He introduced them as his nieces. For a time, he maintained a suite at a Manhattan hotel. 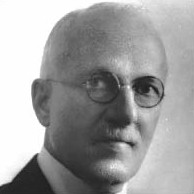 According to Sinclair Powell's definitive book about the manufacturer of the Franklin V-12, The Franklin Automobile Company, in 1893, when he was 27 and still in the newspaper business, H. H. stumbled across an opportunity to buy a patent for the process of diecasting. He grabbed it, opened a diecasting shop in Syracuse (probably the first in the nation), called it the H. H. Franklin Manufacturing Company, and soon found himself with more money than he'd ever dreamed of.

Eight years later, H. H. met a bright young bicycle racer, John Wilkinson, at a local machine shop. Wilkinson belonged to an established, respected, wealthy Syracuse family. Rugged, good-natured, outgoing, and athletic, he attended Cornell University, where he starred in tennis, track, baseball, and football, and, amazingly, finished his coursework with honors. Wilkinson took a degree in mechanical engineering in 1889, soon landed a job with a local bicycle manufacturer, and went on to become a champion cyclist. He also became curious about the workings of internal combustion engines and motor cars. Before he met Herbert Franklin, Wilkinson designed and built two prototype automobiles. His designs interested a group of New York businessmen, but they couldn't quite decide whether to put Wilkinson's car into production.

Finally, one member of the group introduced Wilkinson to H. H., who took a ride in Wilkinson's second prototype. That ride impressed H. H. and persuaded him to shell out $1100 so that Wilkinson could build a third prototype. This led to the car that went into production. 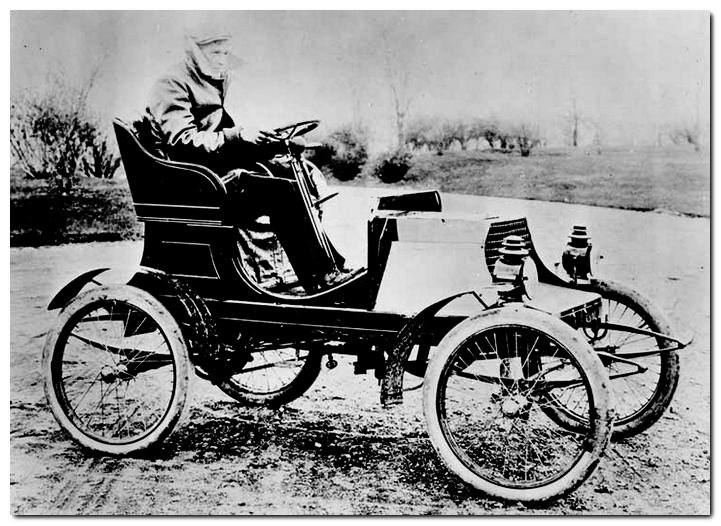 Franklin put his name on the enterprise, becoming CEO and primary shareholder. He gave Wilkinson stock and made him chief engineer. The first Franklin Model A went on sale in June 1902 and holds the distinction of being the first four-cylinder automobile produced in America. The company sold 13 cars in 1902, and from that modest beginning, Franklin went on to become not only a successful car company, but one ideally suited to the quiet, tree-lined streets of Syracuse. For 28 years, from 1902 to 1930, the H. H. Franklin Manufacturing Company thrived, and during much of that time, it enjoyed the distinction of being the city's largest employer. Some 3200 people worked for Franklin in its heyday. H. H. ran the business side, but he was wise enough to let Wilkinson make the engineering and manufacturing decisions. Air cooling became Franklin's hallmark. All Franklin cars used air-cooled engines, all had overhead valves, and most used flexible wooden chassis frames and aluminum bodies. As the company's ads and literature explained, air cooling did away with the radiators, hoses, water pumps, and headaches of a "normal" engine's boiling and freezing. Franklin's wooden frames, along with full-elliptic leaf springs, gave a "baby buggy" ride over the unpaved roads of the day: supple and floaty. Aluminum bodies were part of John Wilkinson's obsessive quest for "scientific light weight." Franklin traveled extensively. He attended auto shows in New York and Chicago, regularly visited Franklin dealers throughout the country, golfed in North Carolina, and vacationed in New England and Europe. John Wilkinson remained Franklin's chief engineer until 1924, when he and H. H. had a falling out. The argument seems to have centered on the latter's insistence on making the 1925 Franklin look more like other cars. The new model, designed by J. Frank de Causse, wore a false radiator-grille shell. Wilkinson, who'd always strived for light weight and form following function, noted that the faux grille not only looked out of place, it weighed more than the traditional one-piece aluminum hood/ grille that he'd designed. One word led to another, and Wilkinson ultimately stormed out. All Franklin engines used overhead valves, and in the early days, valvetrain noise tended to be a problem. This was caused by the different heat-expansion rates of the metals used. Franklin solved this by using a simple compensating-stud device that maintained valve clearances throughout the engine's heat range. Another early handicap involved the cooling fan absorbing quite a lot of power. It's been estimated that early Franklin fans drew as many as 20 bhp. But again, by 1928, Franklin engineers had come up with scirocco fans attached to the front of the crankshaft, plus baffles within the cooling stream, that drew only four to six horsepower -- no more than the fan and water pump of a conventional water-cooled engine. Air cooling does make an engine louder than water cooling. That's partly because the water acts as an insulating material and partly because a big fan blasting large volumes of air past fins creates noise. Because most aircraft used air-cooled engines -- and airplane engines were known for performance and reliability -- Franklin capitalized on that link. Factory literature stated in 1932, "The Franklin Twelve is fundamentally an airplane type engine, with all its inherent reliability and high power characteristics." In late 1931, the company planned to unveil the Franklin V-12. The car at that stage was to be a stretched version of the 1932 Airman, with 5.5 inches added to the front of the frame to accommodate the slightly longer engine. The V-12 itself had been under development since 1928, when H. H. decided that Franklin needed a grander engine to stay competitive. Most automakers in Franklin's price range were coming out with straight eights: Studebaker, Peerless, Auburn, Marmon, duPont, and others. These would soon be joined by the likes of Buick, Hudson, Pontiac, Oldsmobile, Chrysler, and Dodge. A cylinder race was under way, and Franklin didn't want to get left behind. But because air-cooled straight eights weren't practical (for reasons we'll come to in a moment), H. H. hired an outside engineer, Fred Glen Shoemaker, in 1928 for the task of leapfrogging the eight and developing a V-12. Shoemaker had been an aeronautical engineer at McCook Field in Dayton, Ohio, where he was concerned mostly with cylinder cooling, ignition systems, and flow characteristics in aircraft engines. After H. H. brought Shoemaker to Syracuse and handed him the V-12 assignment, he worked on it for a year, suggesting improvements to Franklin's six-cylinder engine along the way. Shoemaker laid the groundwork for sidedraft cooling, in which air flowed across and between the cylinders rather than down from above. He also advocated the use of aluminum cylinder heads and introduced ways to improve cooling-fan efficiency. All of these advances were used in the 1930 Franklin. By then, though, Shoemaker had left for General Motors, where he worked on Charles F. Kettering's two-stroke diesels. After he left, Franklin's senior engine designer, John Rogers, took over the V-12 project, but progress remained slow. The V-12 arrived in Franklin showrooms in late April 1932, priced at $3885 to $4185. Sales took off with a painful thud. The reason wasn't just the Depression. For those prices or less, a buyer could browse among a number of V-12s, including Cadillac, Auburn, and Pierce-Arrow. Lincoln's new "small" V-12, the KA, added another lower-cost rival for 1933. The last Franklin V-12 was built in the winter of but wasn't sold until late spring and even then at $1000 less than the 1932 price. Today only 18 Twelves survive, according to the H. H. Franklin Club. Herbert Franklin was 67 when the company shut down, and despite its failure, he managed to live comfortably in Syracuse and never had to work again. He petitioned the bankruptcy court to pay him $45,272 in back wages, eventually settling for about 10 cents on the dollar, the same as most other claimants. H. H. had always been outside the automotive mainstream, but he admired Henry Ford, so when he could no longer requisition cars from the Franklin motor pool, he bought himself a new Ford. In April 1956, after suffering a series of strokes, H. H. passed away at home. He died in relative obscurity a few months short of his 90th birthday.

Source: HowStuffWorks(check the link for more).

* The caption below the illustration is a quote from noted aviatrix Amelia Earhart: "My enthusiasm for my new Franklin is equalled only by that for my new autogiro". Ms. Earhart further stated: "I like new things and modern methods...that's why I bought an air-cooled Franklin."

Yes of course. The engine was originally developed for the Bell 47 helicopter. It was marketed as "Franklin", though the company was renamed "Air Cooled Engines" as early as in 1937.

I believe that the post war Franklin Engine co. provided the Tucker powerplant. Originally aircooled, it had a retro fit water jacket by Tucker. 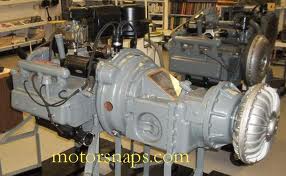 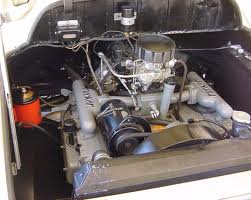 There were so many alternate engine designs for automobiles in the early 20th century that almost made it, but not quite, for one reason or another: technical problems, too expensive to produce, the Depression... Lord K. has been giving us a fascinating look lately at some of these "might have beens." Some sold very well, at least for a while before they went to the elephants' graveyard.

Great article always!  Love that hood ornament in the last photo.  It's like an Art Deco mash-up of plane, shark, and superman in flight.  If that doesn't scream "speed," then I'm not sure what does.