This is the last Garage entry in 2012. It could be 'punky or at least diesel-ish. Instead, it is full of early '30s posh cars. There were 12,105 Standard Eights and 3345 Deluxe Eights sold during 1931. These low figures are due to the Great Depression which was crippling the luxury car segment. The 845 sedan-limousines originally carried a sticker price of $4285 but was reduced to $3600, another example of the hard times. These two were known as the Senior Models and were easily distinguished from the other models by their sweeping fenders in the front. These models cost more than over $1000. New for 1931 was a four-speed manual gearbox. The Eighth Series models were equipped with a vacuum-operated Bijur chassis lubrication system and a Stewart-Warner fuel pump. Under the bonnet rested an eight-cylinder engine that produced 100 horsepower which was an increase in power by 10 over the prior year. The Standard eight engines had a displacement size of 319 cubic-inches while the Deluxe Eights displaced 384.4 cubic-inches. 1931 Packard New York Dealers Ad, Aristocrat of the Metropolis by aldenjewell, on Flickr The Packard automobiles were expensive but well worth the money. Their price ranges inched closely towards the cost of a new house. The Sport Phaeton had no roll-up windows and were true open cars meant for fair weather driving. There were two windshields meaning that the owner was intended to be chauffeur driven. By the way, regarding that "chauffeur driven" business. Below is a one of a kind Town Car built on a 1931 Packard 840 chassis, originally built for Mme. Emily Burroughs of Paris, France. 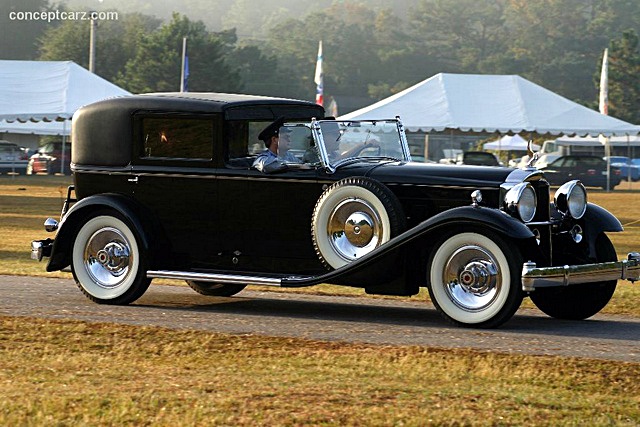 The car features a deluxe straight eight engine, 385 cubic inches. The body has a roll-up window between the passenger seats, jump seats, a speaking tube to communicate with the driver and a roll-up top to shelter the driver in bad weather. The car was totally restored in 1986. The car has been judged at 100 points many times and has been awarded several first in class at several concours passenger and driver's compartment, reclining events.

And another unique item, the TwinSix. This Packard is unique in two respects. It has the prototype L-head, V-12 engine that would evolve into the Twin-Six Packard and it boasts the first front-wheel-drive layout on any Packard. 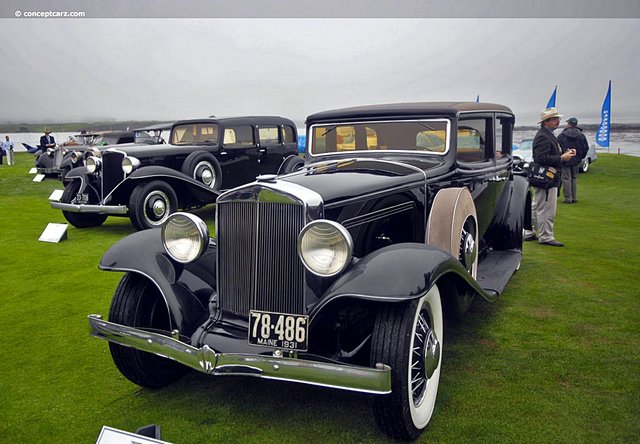 More often found on European cars of the era, this layout used a transaxle. Due to its complexity, this layout never made it into production. The engine, though, was introduced as standard in 1932. The bodywork is reminiscent of that on the Cord L-29; Cord was another company experimenting with front wheel drive. This car was sent to be scrapped by Packard in 1935, but for unknown reasons it was saved. It had various owners before it was bought by the Harrah Collection. It was sold to the Bahre Collection in 1981.

Source (text and pictures of the All Weather Town Car and TwinSix FWD Prototype): conceptcarz.com

A beautiful way to end the year... looking forward to another year  of your terrific posts