Project 92, so-called as numbers 90 and 91 had already been assigned to civilian aircraft, was agreed in 1945. Saab had decided that, with the Second World War drawing to a close, there would be a need to diversify away from military aircraft. Ideas included motorcycles, cars, commercial vehicles and even fitted kitchens! Other Swedish companies, however, had the motorcycle market sewn up, Volvo already produced cars, and trucks were manufactured by Scania-Vabis. A Saab had to be the right size, type, construction and price – a small, affordable car. Thus, Saab had found its niche. 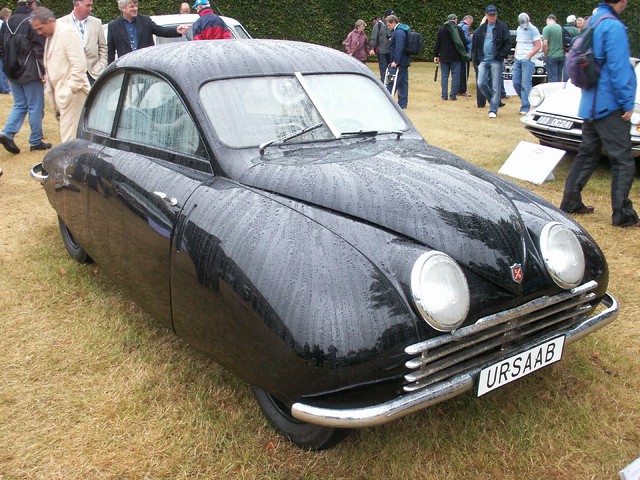 Project 92 involved just 20 people led by Gunnar Ljungström. Stylist Sixten Sason** and Engineer Gunnar Ljungström made the Ursaab and the 92 real. A 1:10 scale model Ursaab was tested in a wind tunnel by the Swedish Royal Institute of Technology and gave a drag coefficient of 0.32, an impressive figure even by today’s standards. 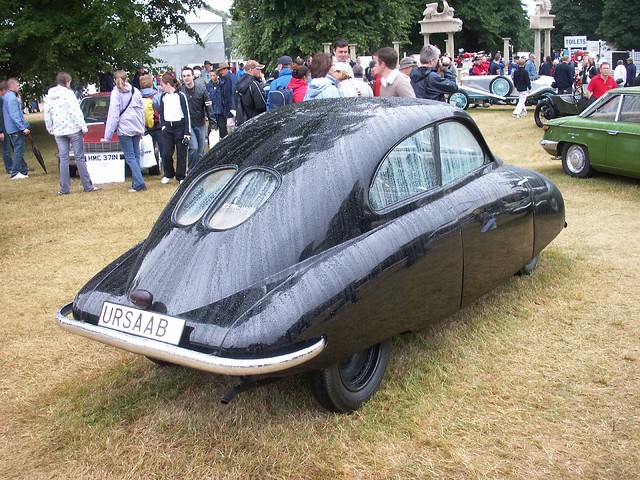 Preliminary drawings for the body were completed by January 1946 and a full-scale model, finished with black boot polish, was completed by 15 April. The full size buck was viewed with some reservations by Saab management but Ljungström argued: “…if it can save 100 litres of fuel a year, it doesn’t matter if it looks like a frog.”

Panel beaters used the wooden buck, on a bed of horse manure, to beat the metal panels for 92.001 – the first working prototype. Ursaab was propelled by a DKW 18hp two-cylinder; two-stroke engine, an Auto Union fuel tank and many other components that were salvaged from a scrap yard.

Ursaab was a compact, front-wheel drive, monocoque construction – a rare combination in the Forties and the sort of departure from the norm that was only possible with aircraft manufacturers developing an automobile without any automobile design baggage. This is the sort of unconventional thinking that has come to typify Saab ever since. 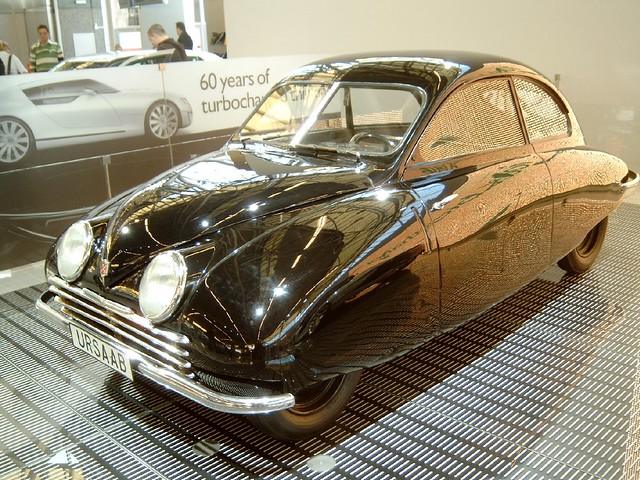 The first Ursaab, 92.001, registered E14783, was ready to drive by the end of summer 1946 and was immediately tested day and night. By this time Saab had developed its own blueprint for an engine and the testing provided much useful information about how Ursaab may be improved. 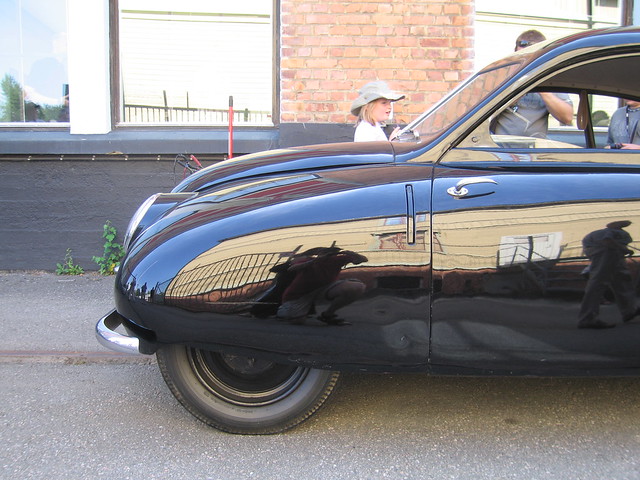 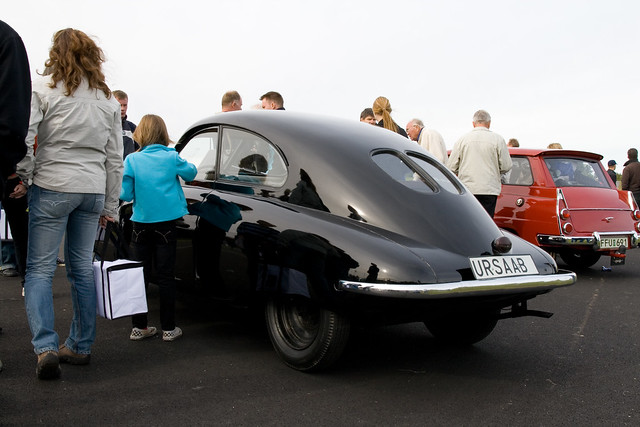 92.001 had very thick doors. Too thick – they were impractical. The front wheels were too enclosed in Sason’s drag-cheating design and were prone to trapping snow during the winter. There were ways in which a production car could be improved. 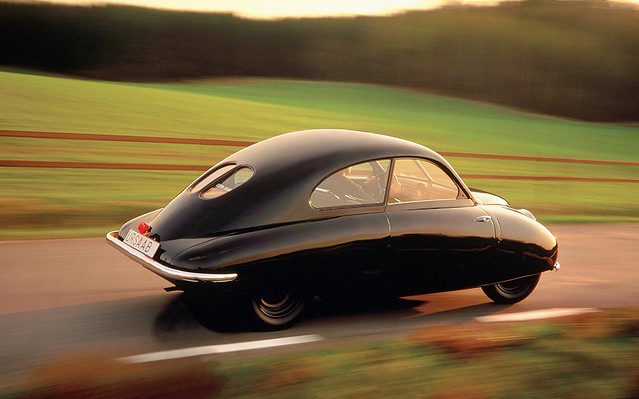 In the winter of 1946, one Swedish Newspaper reported that Ursaab had “…defied all efforts of its driver to destroy it.” (Over 50 years later, Ursaab is in working order, in good shape and complete with original stone chipped paintwork exhibited in the Saab Car Museum in Trollhättan.) 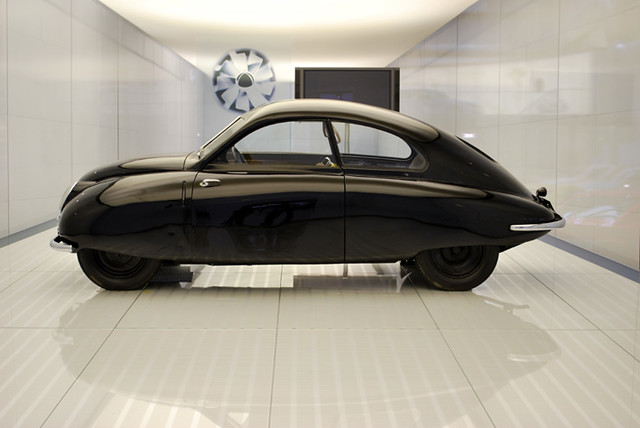 In 1947 the site in Trollhättan was transformed to allow construction of cars and those working on project 92 moved from Linköping.

Sister cars 92.002 and 92.003 were driven on every possible type of road surface and with 92.001 they have clocked up over 530,000km – equivalent to 13 journeys around the world and typical of Saab’s commitment to thorough testing. 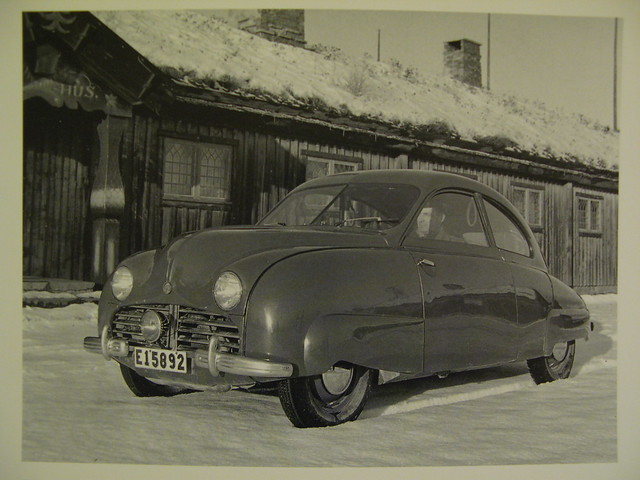 It wasn’t until 10 June 1949, after thorough testing of 20 pre-production prototypes, that the Saab 92 was launched to the press and public in Trollhättan. 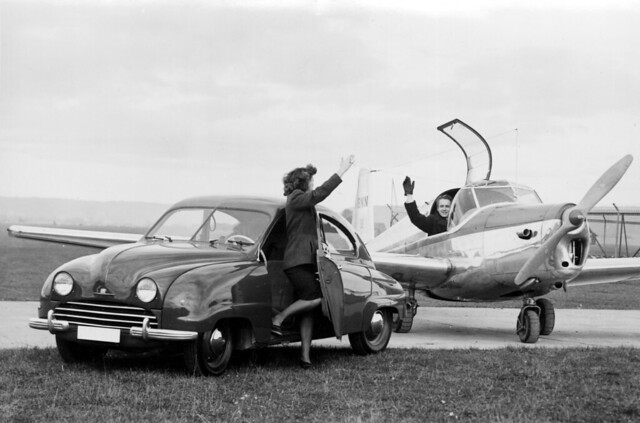 ** Of the Hasselblad fame

It's interesting that the first Saabs had left hand drive, considering that Sweden didn't change over to driving on the right until 1967. They must have been promoting the car for export right from the beginning.