The Crosley was an automobile manufactured by the Crosley Corporation and later by Crosley Motors Incorporated in the United States from 1939 to 1952. Industrialist Powel Crosley, Jr., of Cincinnati, Ohio, owner of Crosley Broadcasting Corporation and the Cincinnati Reds baseball team, had ambitious plans to build a subcompact car and developed assembly plants at Richmond, Indiana, and Marion, Indiana. In May 1939, the first car was shown at the Indianapolis Speedway. It was a two-door convertible that weighed under 1,000-pound (454 kg) and sold for US$250. It did not achieve sales success, but in 1941 more body styles were introduced. The chassis had an 80-inch (2,032 mm) wheelbase using half-elliptic springs with beam axle in front and quarter-elliptic springs in the rear. The power came from a two-cylinder Waukesha air-cooled engine that had the fan as an integral part of the flywheel. The engine was connected with a three-speed transmission and then directly via a torque tube to the rear axle, thus eliminating the need for joints. However, this arrangement was judged unreliable, and conventional universal joints were fitted beginning in 1941. In 1941, the body styles available were expanded to include two- and four-passenger convertibles, a convertible sedan, a station wagon, a panel truck, a pickup, and two models called "Parkway Delivery" (a mini-panel with no roof over the front seat) and "Covered Wagon" (a convertible pickup truck with a removable back seat). Crosley's first metal-topped sedan (the Liberty Sedan) was introduced for 1942.

During World War II, the Crosley became attractive because of gasoline rationing and the good mileage it could achieve: 50 miles per US gallon (4.7 L/100 km; 60 mpg-imp). Crosley was the last company to cease production of civilian vehicles in 1942, partly to allow car buyers the opportunity to purchase as many Crosleys as possible to aid in fuel rationing, and partly because the War Production Board needed some time to determine a useful purpose for Crosley's small factories. Civilian car production resumed at the Marion facility in 1945 with the new, larger and aerodynamic CC model, designed by the firm of Sundberg & Ferar of Royal Oak, Michigan. (The Richmond facility had been sold during the war years.) The original engine is the Waukesha Model 150 Cub Twin (see below), a 580 cc air-cooled L-head opposed twin-cylinder engine built by Waukesha Engines of Waukesha, Wisconsin, and used from 1939 through 1942. It was replaced in 1946 with the CoBra (for "Copper Brazed"), a 721 cc overhead-cam four. That engine in turn was replaced in 1949 by the new and more reliable CIBA (Crosley Cast Iron Block Assembly) engine utilizing five main bearings. The CIBA (Crosley Cast Iron Block Assembly) was a more traditional and more reliable engine utilizing a cast-iron block. When Crosley Motors, Inc. was sold, the engine was renamed "AeroJet" and production continued. Production of the AeroJet ended in 1955 and the engine rights were sold to Fageol and later to a series of different companies ending in 1972 with the Fisher Pierce Bearcat 55. Maritime modifications mostly included increasing displacement and converting the engine to operate with a vertical axis. In Europe the Crosley CIBA would be used to great advantage in 750cc sports car class, eventually maturing to a double overhead camshaft (DOHC) design used in the Bandini 750 as well as Nardi and Siata customs. 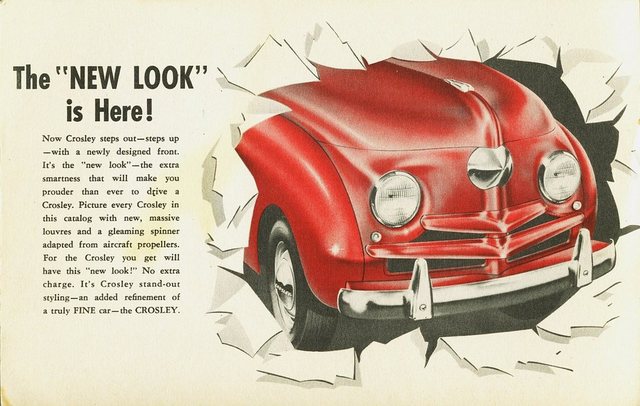 Crosley introduced a number of "firsts" in the American automobile industry, including the first use of the term 'Sport Utility' in 1948 (albeit on an open model based on the wagon, not a wagon on a truck chassis); first mass-market single overhead camshaft (SOHC) engine in 1946; first slab-sided postwar car, also in 1946; first all steel-bodied wagon in 1947; first American car to be fitted with 4-wheel disc brakes in 1949; and the first American sports car, the Hotshot, also in 1949. 1950 brought the Farm-O-Road model, a 63-inch (1,600 mm) wheelbase utility vehicle predictive of the John Deere Gator and other UTVs. 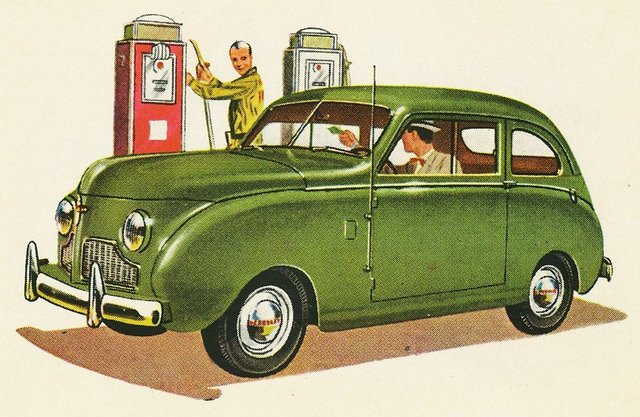 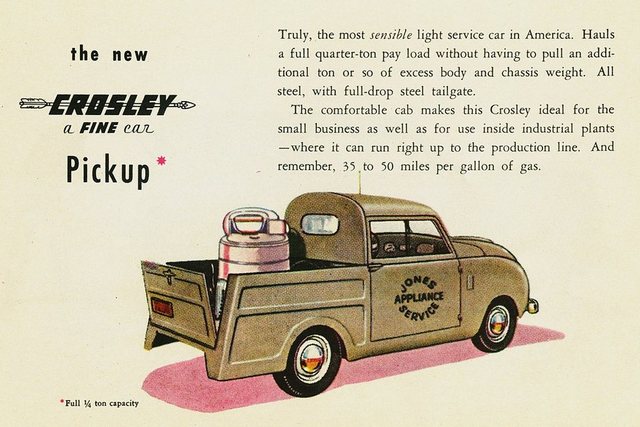 With 24,871 cars sold, Crosley's best year was 1948. Sales began to slip in 1949, and adding the Crosley Hotshot and a combination farm tractor-Jeep-like vehicle called the Farm-O-Road in 1950, could not stop the decline. In 1952, only 1522 Crosley vehicles were sold. Production ceased after the July 3rd shift that year, and the plant was sold to the General Tire and Rubber Company. Regardless of its short life, and small size, the Hotshot (below) is well remembered as a phenomenal sports car within its own class. The Hotshot not only won the Index of Performance at Sebring in 1951, but also the Grand de la Suisse that year as well. 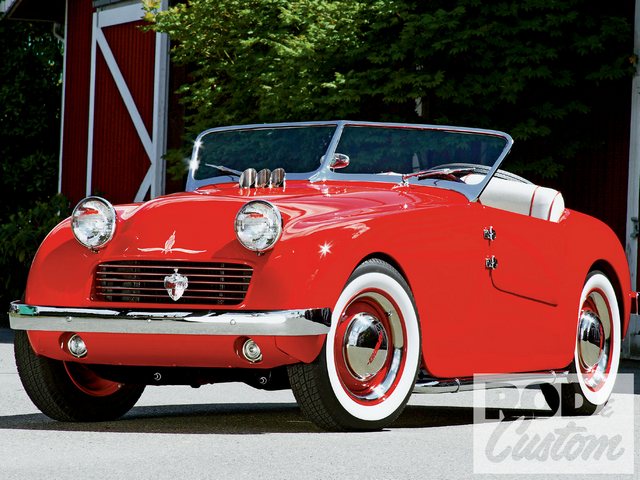 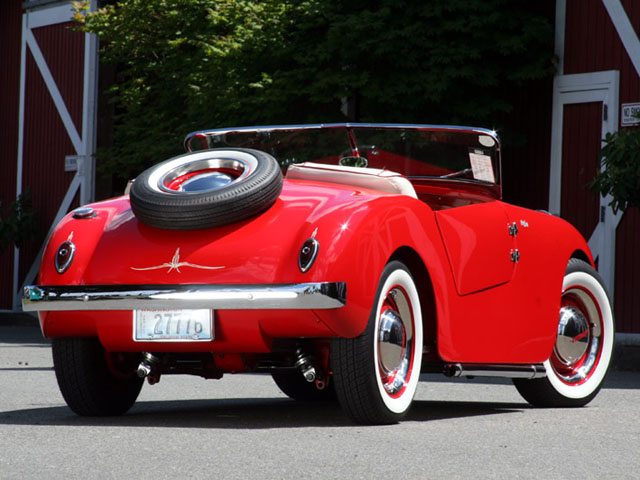 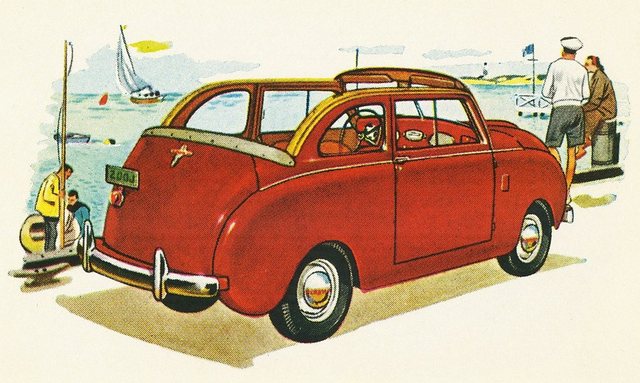 PS: I'm amazed to see the term "Sport-Utility" is far older than we think.

Comment by Hayen Mill on June 25, 2010 at 10:54am
Excellent! I had wondered for a while at the american equivalent of the british mini