I wanted to show something very special in the Garage Jubilee Issue - and here it is: 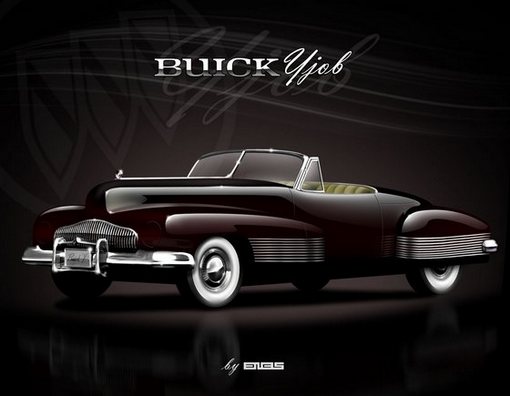 Built in 1938, this unique car is one of the most important Diesel Era icons - and a perfect example of influential design. We can trace the the development of Y-Job ideas in the shape of GM cars and their competitors (most notably 1942 DeSoto).

Created by General Motors Styling and Buick Engineering, it was designed by Harley J. Earl, GM's first design chief, and built on a production Buick chassis modified by Charlie Chayne, then Buick's chief engineer. Power was supplied by a Buick 320 cubic inch straight 8. 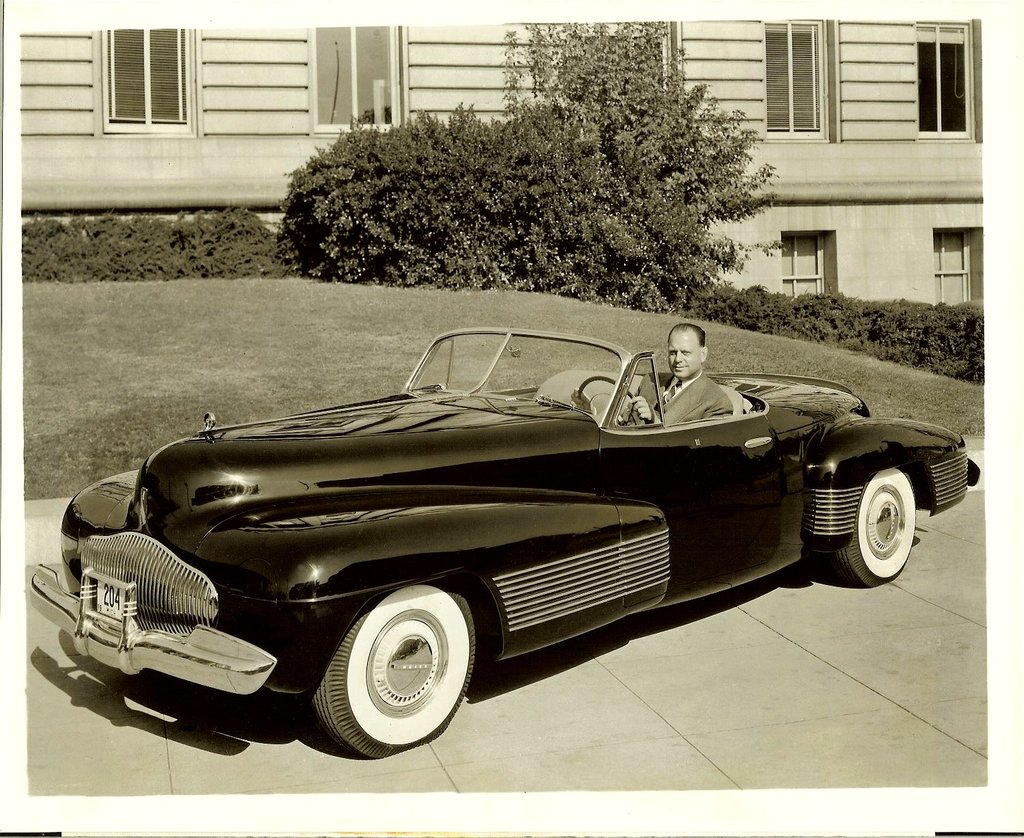 Buick called it 'Y' because so many makers dubbed experimental cars 'X.' Styling and mechanical features of the 'Y Job' showed up on GM products, particularly Buick and Cadillac, throughout the '40s. Particularly noteworthy is the introduction of a wide horizontal grille with thin vertical bars, which remains a Buick styling feature to this day. 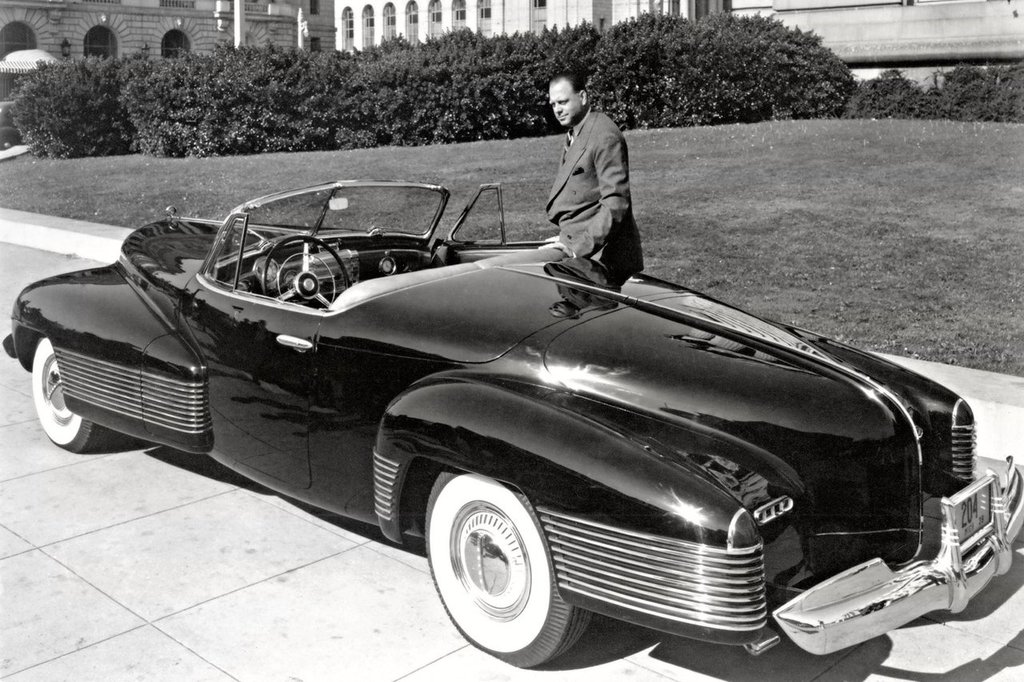 In 1938, the idea of creating an expressive automobile to explore new worlds of design and technology may have seemed as fanciful as space flight. General Motors was the first manufacturer to take this step - and the result was the Buick Y-Job, a car that is widely acknowledged as the industry's first concept car. 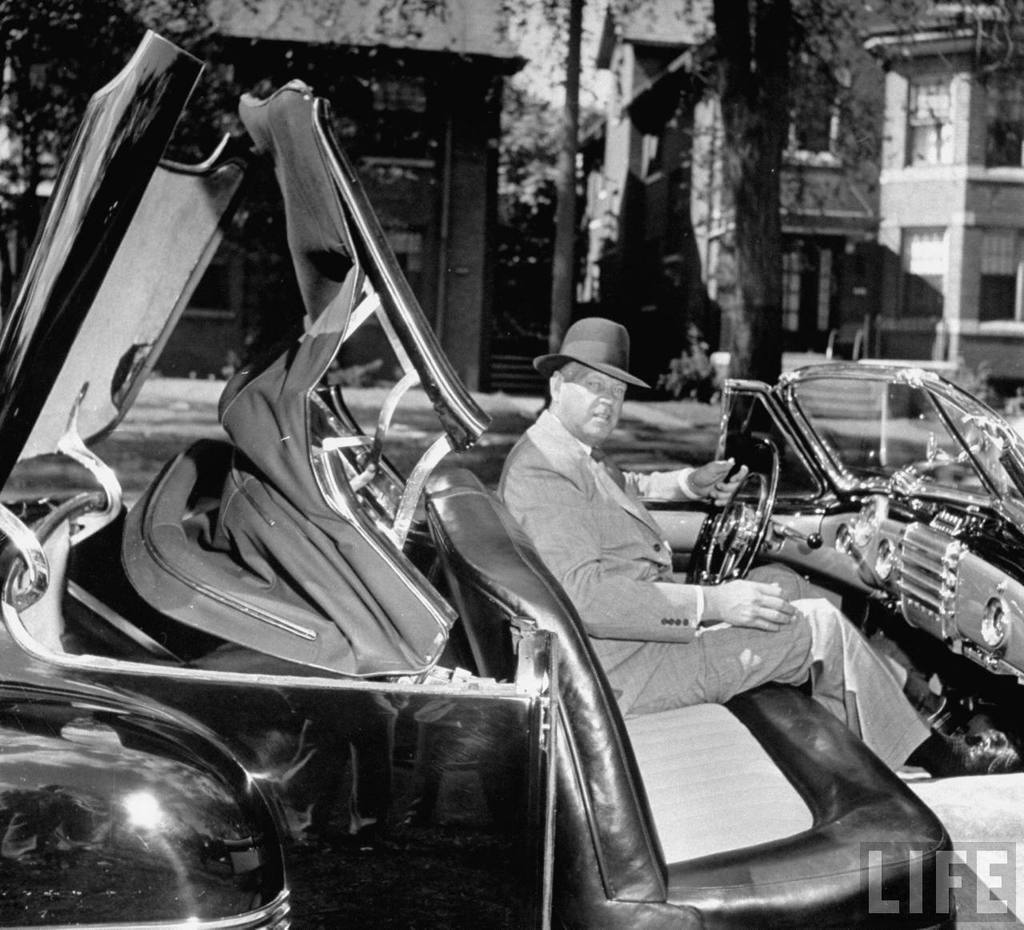 Designer Harley J Earl was the catalyst for the creation of this unique automobile. Colorful, charismatic and opinionated, Earl left his mark on generations of GM products. The Y-Job was a signpost that pointed to design trends that would endure for decades. Why the Y-Job name? In Earl's lexicon, every new project was a job. The letter ''Y'' went one step beyond the prosaic X-for-experimental designation and paid homage to the prototype fighter planes that were identified with the prefix ''Y'' by aircraft manufacturers. 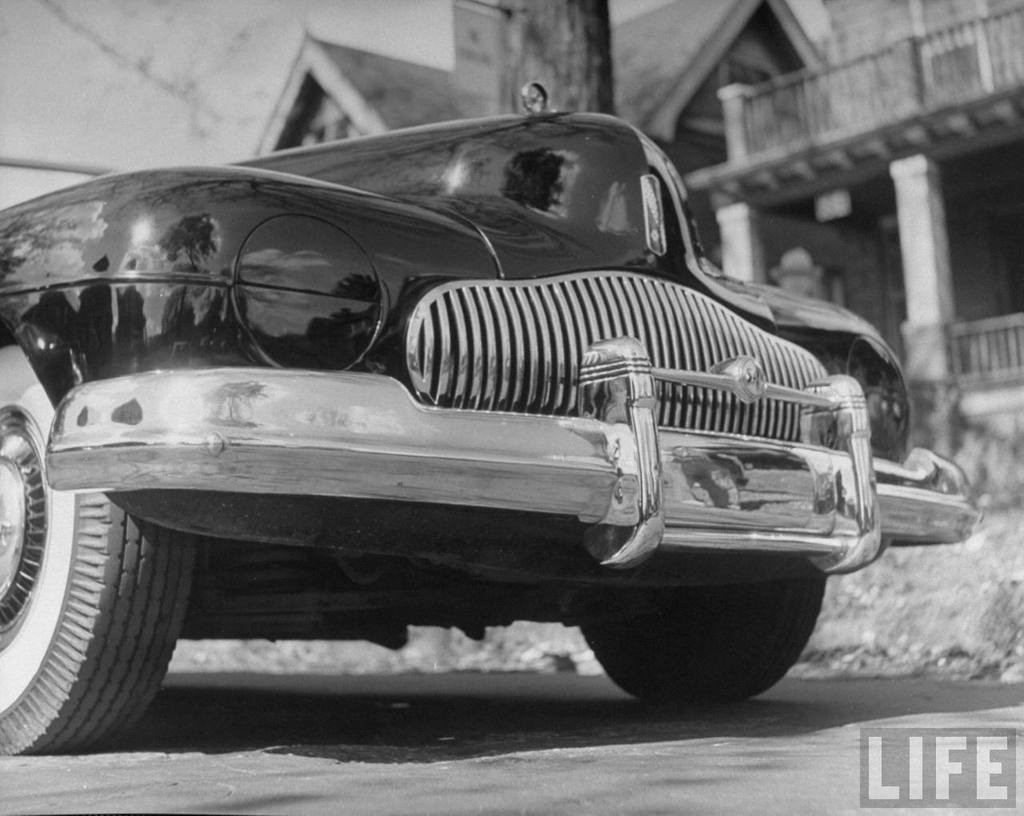 The Y-Job was a collaborative effort within GM Design. Earl supplied the inspiration and a critical eye, George Snyder put the lines on paper and Buick Chief Engineer Charlie Chayne supervised the modifications to the production Buick Century chassis that became the foundation of GM's groundbreaking concept car. 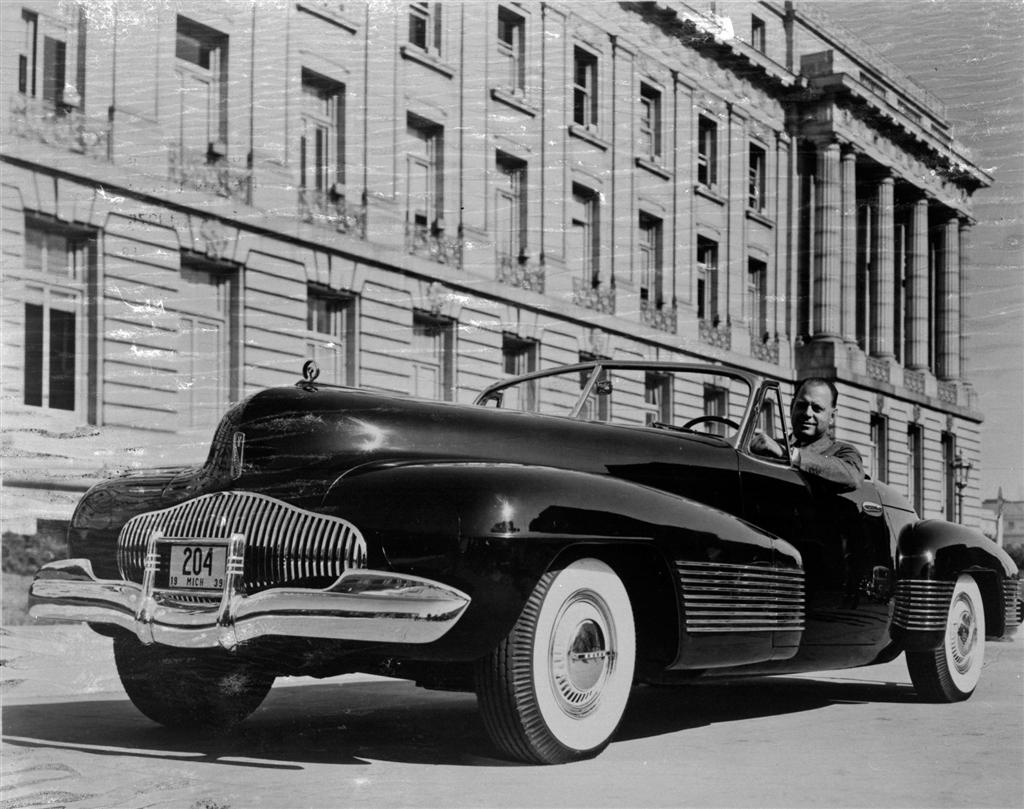 They created a vision that inspired a new genre of automotive art: the Dream Car. With a 126-inch wheelbase and a body that extended more than 17 feet long, the two-seat convertible was an exuberant expanse of streamlined sheetmetal. Sporty yet elegant, the Y-job introduced innovative features such as concealed headlamps, electrically operated windows, flush door handles and a power-operated convertible top that was fully concealed by a steel boot when retracted. 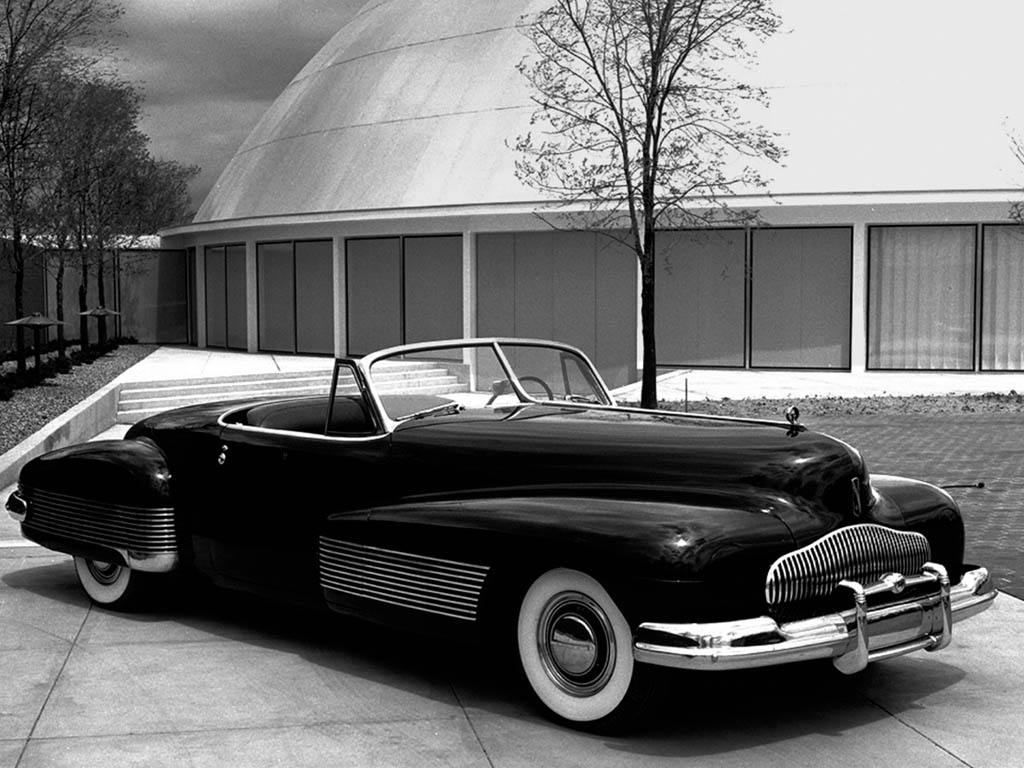 But it was the Y-Job's long, low profile that left the impression that this was a time machine from the future. Gone were the running boards and formal, upright shapes of the classic coachbuilders. In their place, the Y-Job had fenders that flowed seamlessly into the doors, integrated bumpers that complemented the bodywork and strong horizontal styling elements. It introduced themes that would reverberate throughout the automotive industry through the '60s. 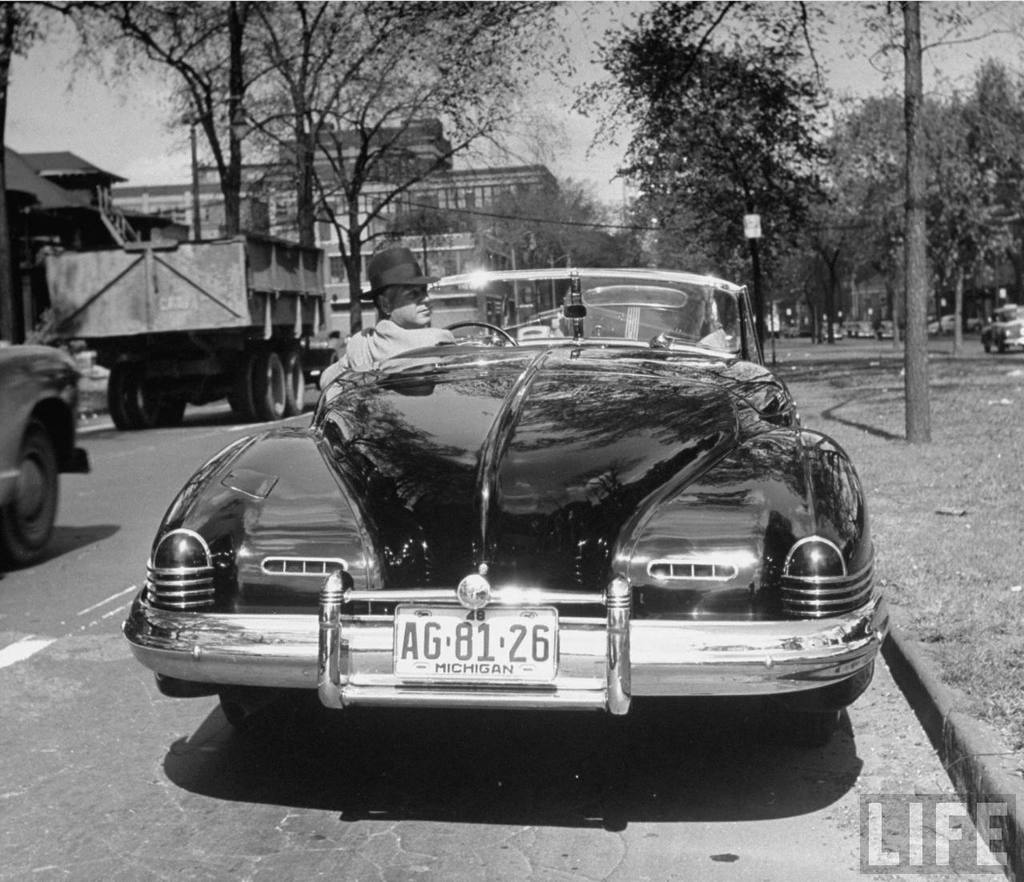 While contemporary road cars rode on 16-inch wheels, Earl specified special 13-inch diameter rims to give
the Y-Job a lower stance. The small-diameter wheels were backed with airplane-inspired finned brake drums that were more than a match for the Y-Job's 320-cubic-inch/141-horsepower inline eight-cylinder engine. With its innovative technology and stunning design, the Y-Job set the standard for the dream cars that would follow in its tire tracks. 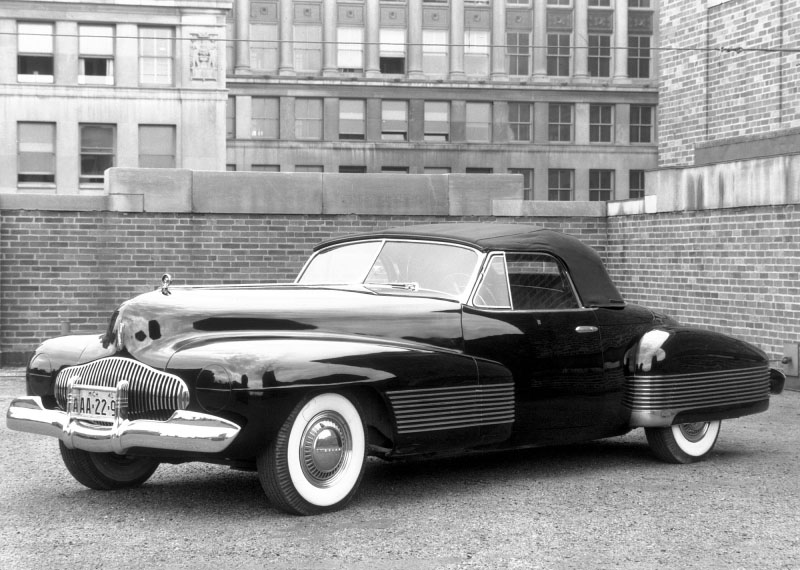 But dream cars, like yesterday's newspapers, have a short shelf life. The Y-Job's innovative styling and advanced
features soon paled alongside even more futuristic products from GM's supercharged design staff. The Y-Job was eventually consigned to a warehouse, and later transferred to the Sloan Museum in Flint, Mich. There the Y-Job languished in dusty anonymity - until a burgeoning interest in Detroit's fanciful dream cars rescued the Y-Job and its descendants from obscurity. As historians and enthusiasts began to appreciate the significance of these landmark vehicles, the Y-Job was
returned to its former glory as the centerpiece of a concept car revival at the Henry Ford Museum in Dearborn, Mich. In 1993, the Y-Job came home to the GM Design Center in Warren, Mich., where it now resides as an honored member of GM's heritage collection. 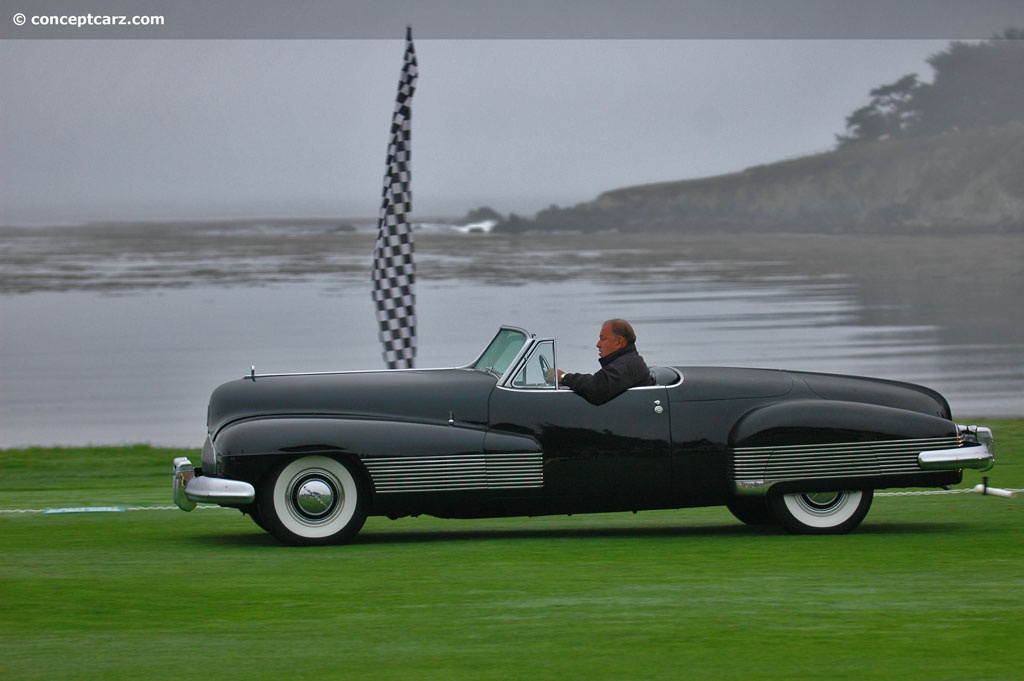 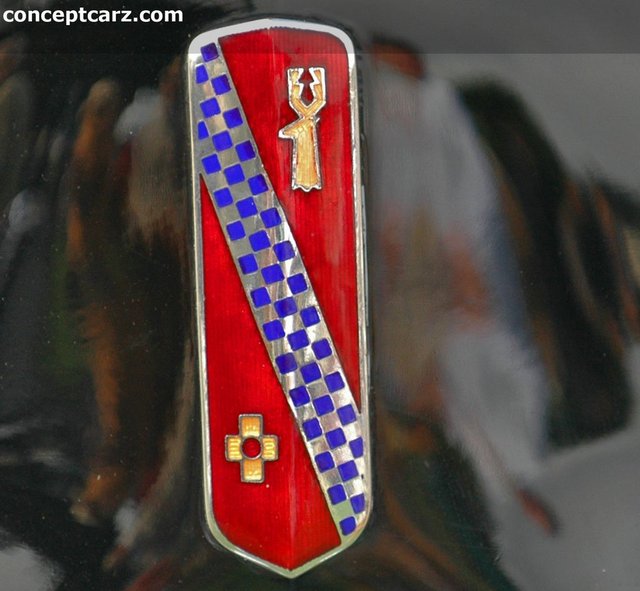 For more (larger) images, browse the album or enjoy the slideshow:

Comment by Lulu Sweets on August 14, 2010 at 1:35am
Congrat's Lord K! and thanks so much for dedicating your time to share such informative blogs! and for someone as into design as i am, the eye candy is the best part!

Thank you so much for lending us a bit of your vast automotive knowledge every week.

Comment by Sparky Gage on August 13, 2010 at 11:44am
If only they would retro version these! Oh well, odds are they'd probably ruin it.

Comment by Cap'n Tony on August 13, 2010 at 8:33am
Gorgeous! They just don't make 'em that sweet anymore. Lord K, I've learned more about Diesel era vehicles from your blog than I ever thought possible. Thank you again!