Today, the Swedish chapter of the Streamline Story: 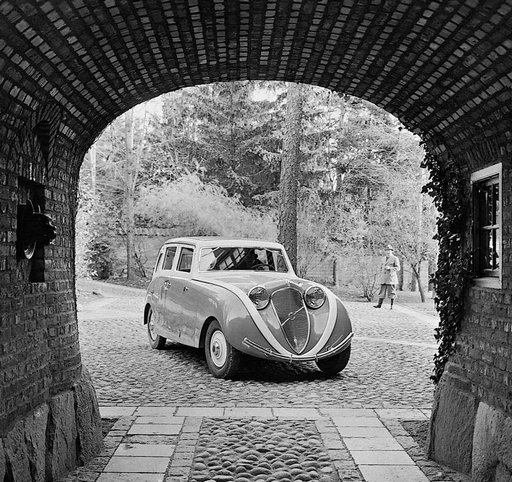 In 1933 Gustaf L-M Ericsson (son of the telephone company founder) presented a special handmade vehicle of which only one version had been produced. Ericsson was named designer and the project was his brainchild. "Venus Bilo" (an obvious wordplay: Venus of Milo + 'Bil', i.e. 'car') used a Volvo 655 chassis and had a full-width body with a front not unlike that of the Hupmobile Aerodynamic a year later. 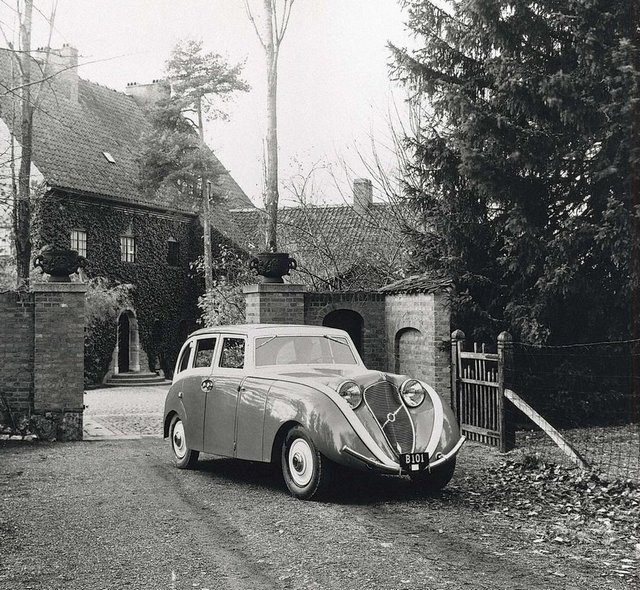 Its smooth shape was rounded at the rear with the spare wheel slotted in horizontally under the trunk (spacious enough to accept seven specially designed suitcases) and acting as rear bumper. Another spare wheel was stored in one of the front fenders together with toolbox, while the other fender hosted two suitcases. 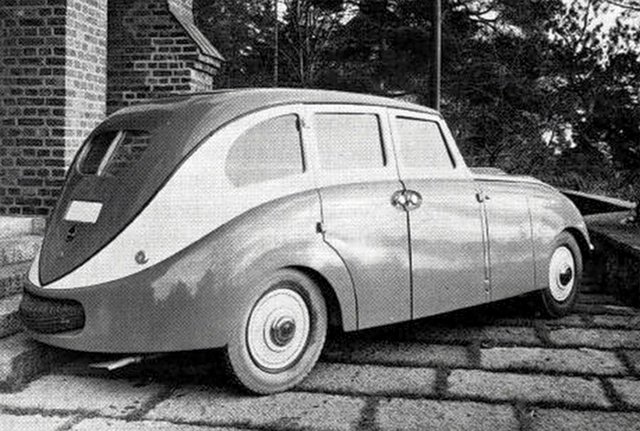 The body, built by 'Nordbergs vagnsadelmakeri och vagnfabrik' in Stockholm, was a streamlined integrated unit, with flat sides without footsteps and other 'loose' parts. The car was almost 5 metres long and 1,9 metres wide, and weighed slightly over 2 metric tons. Five easily exchangeable steel plates made the side of the body easy to repair in case of damage. Inside there was room for 3 persons in front and 3 in the back seat. The seats could be folded into beds. 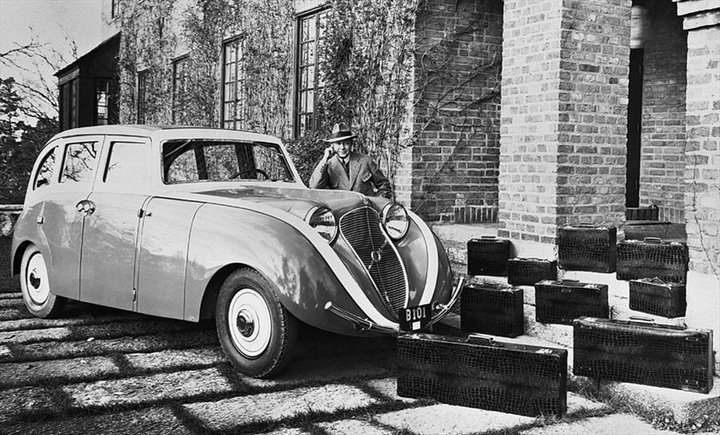 The idea of the car was to cut fuel consumption and prevent the creation of swirling road dust by using a streamlined body with a fully covered underside. The car aroused enormous interest, but opinion was divided when it came to its appearance. It was a prototype and as such it stayed. After WWII it was sold to a person in Denmark. In the mid 1950s it was owned by a Danish scrapyard owner who rebuilt it into a pickup truck. It was used as late as 1956, but then it vanished. The genesis of Venus Bilo is also unclear. Some say the car was commissioned by Volvo. Others claim that Ericsson built it for his own pleasure and Volvo founders Assar Gabrielsson and Gustaf Larson discovered the Venus when it was already running. 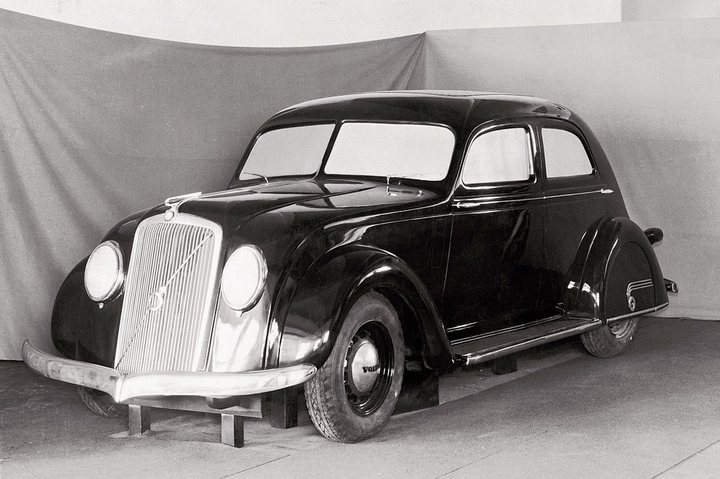 A great deal happened at Volvo during 1935. The big news was the PV36, "the streamlined car". The PV36 was an advanced car which was clearly inspired by US designs. The engine was the same as the one fitted in the "conservative" models, but the gearbox had no freewheel. 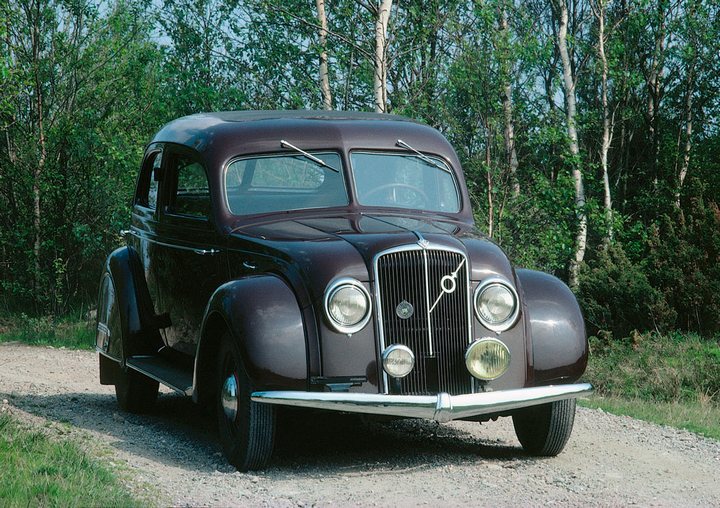 The car had a split windscreen, cover plates over the rear wheels, an integrated luggage compartment and a roomy passenger compartment. It weighed 1,660 kg. 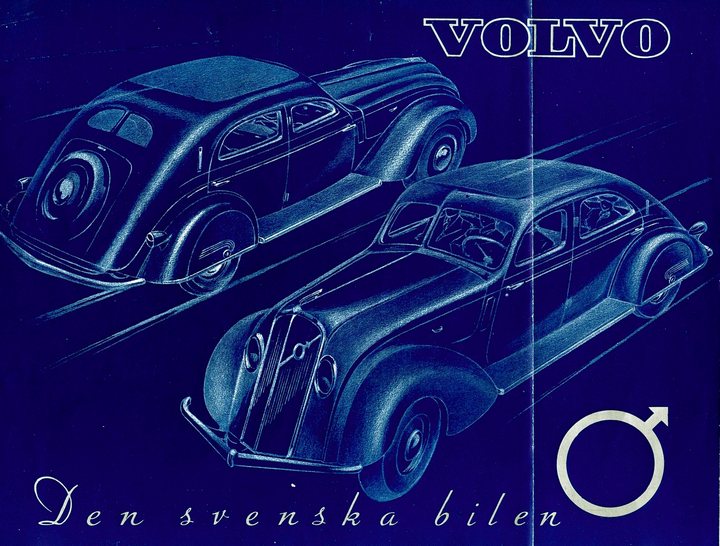 A great deal of work had been put into making the car comfortable and the rear seat was wider than the one in previous models. The car was a 6seater - three at the front and three at the rear. The PV36 was intended to be a relatively expensive luxury model. It cost 8,500 Swedish kronor. 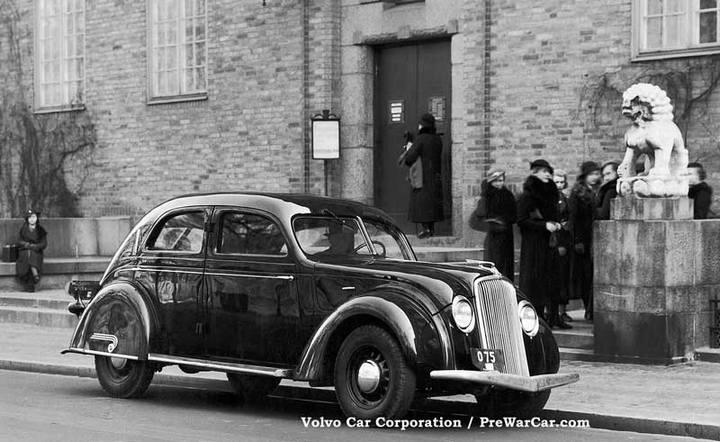 Looking too radical for a Volvo and being very expensive to buy, the PV36 was unfortunately no commercial success

A series of just 500 cars was therefore planned and this proved to be correct as it took a long time to sell them. The PV36 was nicknamed the Carioca, perhaps because the Carioca was a South-American dance that was in fashion at the time. The PV658/659, the successor to the PV653/654, was also introduced in 1935. The bonnet had been modified and a "grille" had been fitted in front of the radiator for the first time. New taxi models, the TR701-704, were also presented. The exterior changes were relatively small, but the engine was larger and developed more than 80 hp. In 1935 Volvo shares were floated on the Stockholm Stock Exchange. 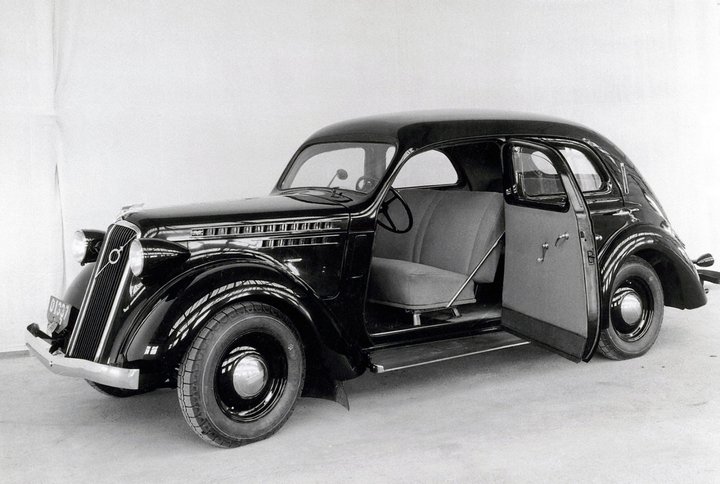 A less complex, cheaper model had been developed alongside the PV36. It was called the PV51 and was greeted with tremendous interest. Although it was more expensive than the majority of rival makes in its class, customers were still prepared to pay a few hundred kronor more for this, the first "people's car", which also carried a name people associated with quality - Volvo. 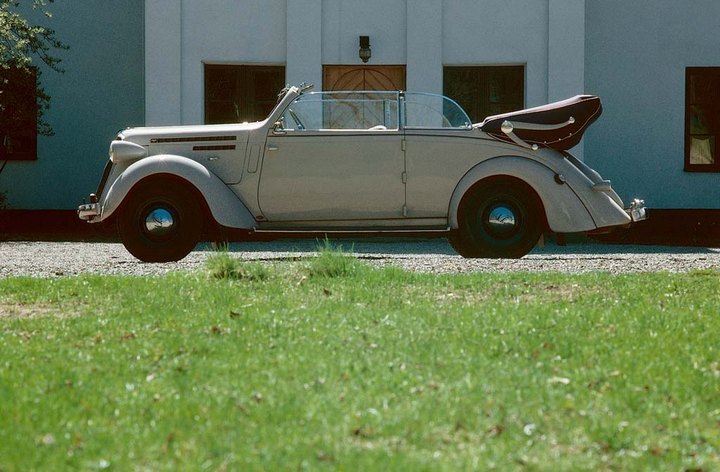 The PV51 did not have the same extreme lines as the PV36, but its character was the same. The body was narrower, with a flat undivided windscreen. The rear section and the doors were virtually identical to those on the PV36 and the spare wheel was still in the luggage compartment. The engine was also the same, with an output of 86 hp. Together with the weight of 1,500 kg this made the PV51 much faster than earlier models. In certain areas the PV51 had been simplified to a point that was barely acceptable, however. It had just one windscreen wiper, no armrests and cheap quality upholstery, for example. Even so, the price - 5,800 Swedish kronor - attracted many customers and sales went well.

In the 30s, doors like these were commonly used worldwide. Carioca was not a success, but two other Airflow-inspired cars were: Peugeot 402 in France and Toyoda in Japan.

It seems a bit strange to me that a car with "suicide doors" would later become a brand known for safety. Not to mention that it was a knockoff of the Airflow Chrysler, a sales disaster in the United States. Who knows what might sell to automotive buyers? Not me, but I'd never buy a car with the door hinges fastened on the wrong end.