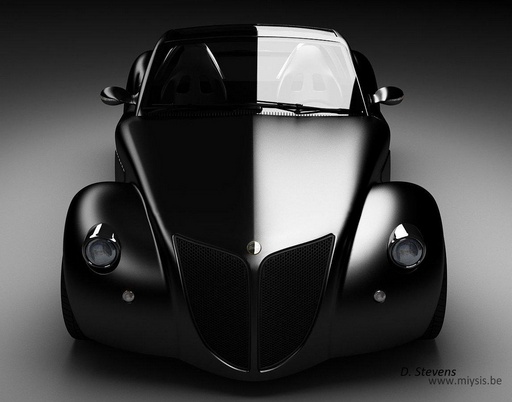 It's called Impéria GP, reviving a well-respected name (see below). The concept, announced in 2008, was finally presented in Bruxelles last February. The exterior styling of the car is based on classic British sports cars, similar to what Wiesmann and Morgan are doing; under the classic shell is all-new state of the art technology. 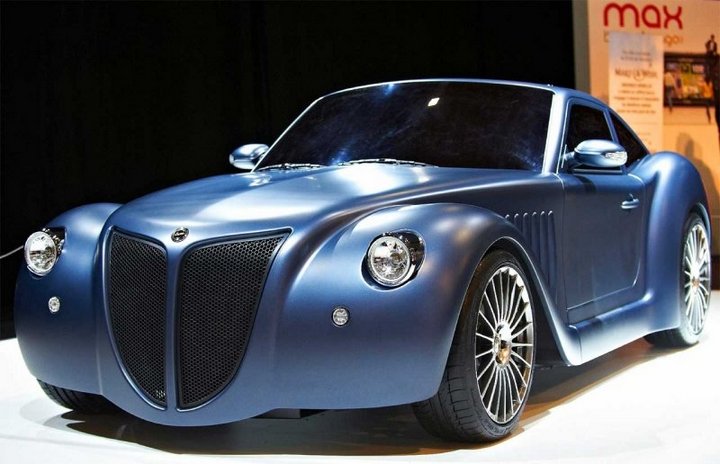 The car is powered by a turbocharged 1.6 liter engine in addition to an electric motor. The gasoline engine makes 209 horsepower and 184 pound-feet of torque and the electric motor produces 136 HP (100 kW) and 184 lb-ft. of torque. The end result is a blast to 62 mph in 4.0 seconds using both motors or 6.0 seconds when only the electric motor is called to action. Impéria was a Belgian automobile manufactured from 1906 until 1948. Products of the Ateliers Piedboeuf of Liège, the first cars were designed by the German Paul Henze. These were fours of 3, 4.9, and 9.9 liters. The next year, the company moved to Nessonvaux, Trooz municipality, and began production in the old Pieper factory. Impéria produced a monobloc 12 hp (8.9 kW) in 1909; in 1910 the company merged with Springuel. 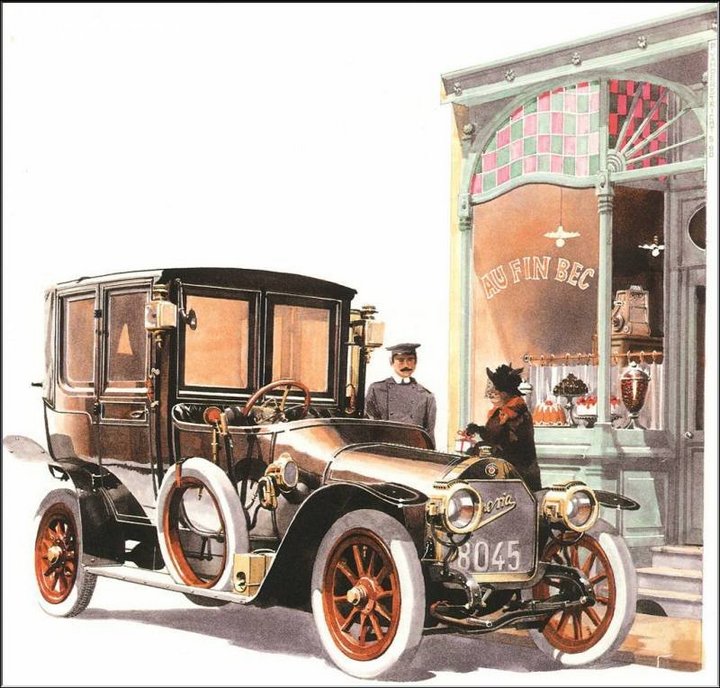 The Nessonvaux factory began producing Impéria-Abadals from about 1916; in 1921, it built three ohc 5·6-liter straight-eights. These were quickly replaced by an ephemeral ohc 3-liter 32-valve four which was capable of going 90 mph (140 km/h). This was followed by an 1100 cc side-valve 11/22 hp four designed by Couchard, one of the first cars ever built with a sunroof. Its engine rotated counter-clockwise, and its transmission brake also served as a servo for those on the front wheels. In 1937 a six of 1624 cc appeared; this had been available in three-carburettor Super Sports form from 1930.

In 1925, the company hired Louis de Monge as chief research engineer. Some of his work included torsion bar suspension and automatic transmissions. De Monge left in 1937 to join Ettore Bugatti for whom he would design the Bugatti 100P racer plane.
Over the course of four years Impéria took over three other Belgian car manufacturers: Métallurgique (1927), Excelsior (1929), and Nagant (1931). From 1934 until the company folded it built mainly front-wheel-drive Adlers with Belgian-made coachwork. The company merged with Minerva in 1934, but they split in 1939. After 1948 Impéria assembled Adlers and Standard Vanguards under license. After Standard decided to set up a new factory in Belgium, the factory was left without work and had to close doors in 1957. 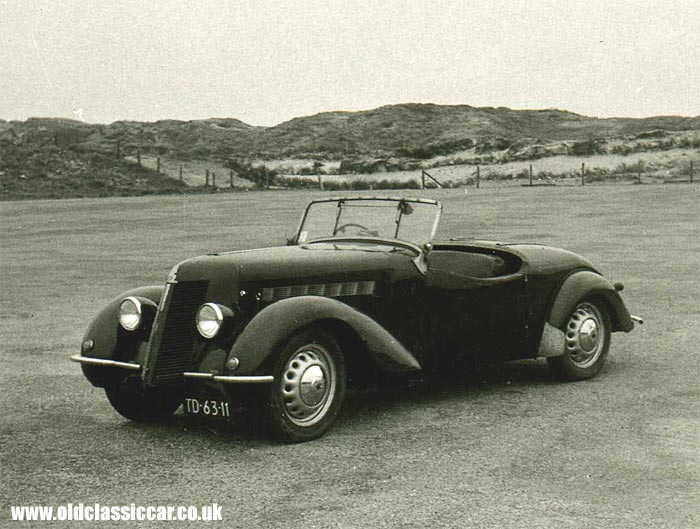 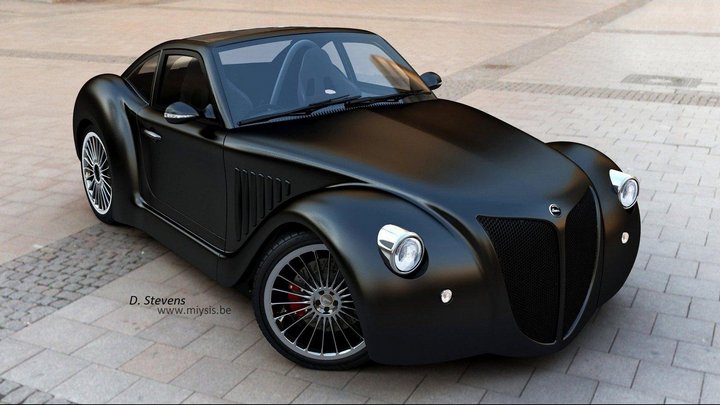 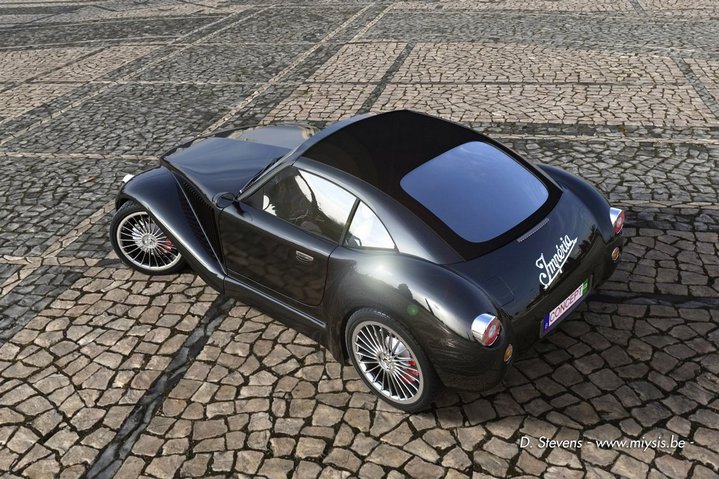 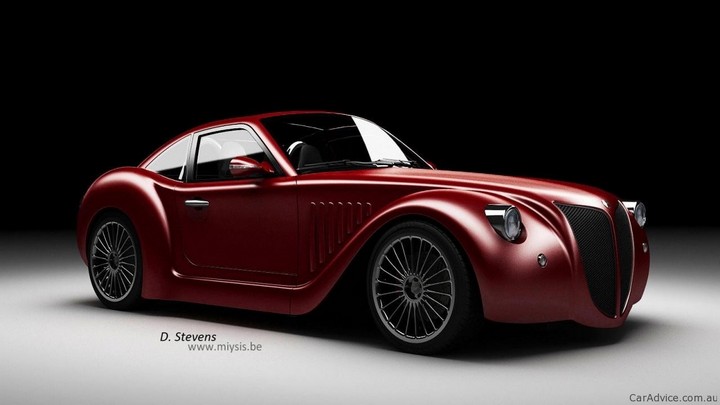 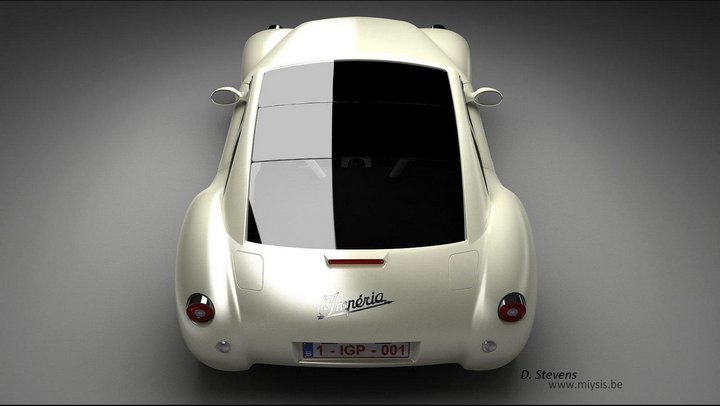 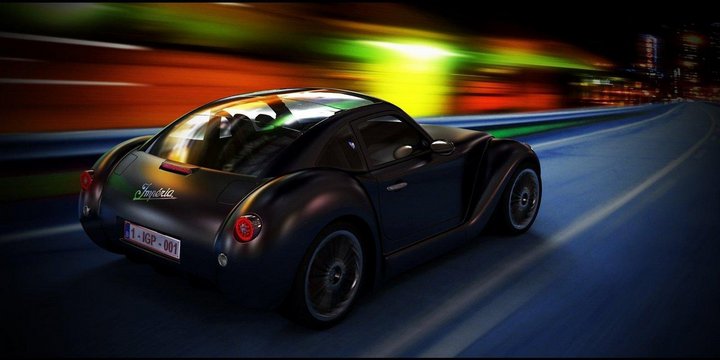 This is hands down the most desirable car I have ever seen.

Lord_K, you have condemned me to a life of automotive disappointment.

Just half the price, and I'm there.

Comment by Jacob Savage on March 12, 2011 at 7:30pm
This is impressive looking, but the 120+ mpg bit I'll have a hard time swallowing until they produce.....other then that though I may just have to see what the price tag on this beauty will be, if I can even fit inside it.....Dratted nuisance being 6' 5" at times...

Comment by Bruce Partington-Plans on March 12, 2011 at 8:20am
There are very definite hints of Morgan around the flanks and Wiesmann at the rear, but I really like it!  Reminds me a bit of the 1940 Lincoln Continental from the front as well.  The tech sounds interesting; be good if they can make it work.

Comment by Павел Скрыльников on March 11, 2011 at 4:42pm
Is that reason extravagant enough?