Miskatonic Monday - Cthulhu: A Puppet Play at The Ornery Theatre 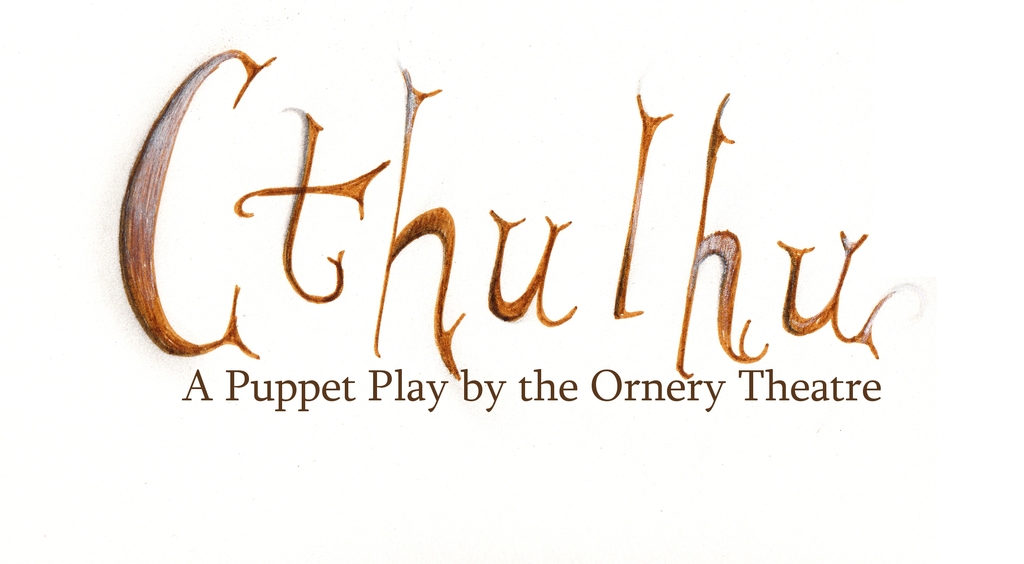 The play was conceived and written by Mike and Kelly Switzer of the Ornery Theatre. This production is made possible by a grant from the Houston Arts Alliance, as well as the generous support of Kickstarter funders from across the globe.

The Ornery Theatre was founded by Mike Switzer and is committed to producing work, both new and classic, that would not otherwise be seen on Houston stages. The Ornery Theatre has previously produced the original puppet play Bedtime Stories (Producer's Pick at the 2011 Houston Fringe Festival), Rough for Theatre I and II by Samuel Beckett, and The Adding Machine by Elmer Rice. Mike's wife and artistic partner, Kelly Switzer, is an Assistant Professor of Drama at the University of Houston-Downtown and a local scenic and costume designer. Each puppet was handcrafted by Ms. Switzer.

This production has attracted a wide swath of Houston's most talented artists. Stephanie Saint Sanchez, of the award-winning La Chicana Laundry Pictures, is the director of film. George Heathco composed and will perform an original score that utilizes the Morse Code translation of "Cthulhu is coming" as a thematic base. Local actors, dancers, musicians, and puppeteers involved with the production include: Matthew Carter, Paul Locklear, Kira Vincent, Chris Kemmerer, London Alexander, Luke Hubley, Shanon Adams, Ashley Horn, and Daniel Adame.

Cthulhu: A Puppet Play will run on February 14, 15, 16, and 18 at 8:00pm at 14 Pews. Tickets are $10 and $5 for students with an ID. The production is not suitable for children under 13. For information contact theornerytheatre@gmail.com or visit http://cthulhuapuppetplay.wordpress.com/

14 Pews is a non-profit arts space founded in 2010 by local filmmaker Cressandra Thibodeaux. Formerly the site of the Aurora Picture Show, 14 Pews is housed in an all-wood, early 20th century church. 14 Pews is located at 800 Aurora Street, Houston, TX. For more information call 281-888-9677 or visit www.14pews.org.