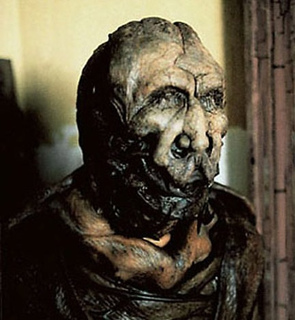 Released back in 1997, Mimic was a somewhat bitter induction into Hollywood filmmaking for director Guillermo del Toro. After the creative freedom of his low-budget, Mexican-language debut, Cronos, the making of his second feature was markedly different; he may have been given more money to play with, but process of making Mimic was fraught with creative divisions and studio interference.

Del Toro's antipathy towards the resulting film led him to publicly disown it – a move that was surely borne more out of the unpleasant process of making it than the feature itself, since Mimic, although flawed, was nevertheless a decent sci-fi horror mash-up, with some great monsters, cinematography and ideas.

Almost 15 years on, and del Toro has returned to the film he once regarded as something of a failure. Digging around in Miramax’s film archives, del Toro salvaged the original footage, and returned with a re-edited cut of Mimic that trims out the second unit material he so disliked, and reinstated the atmospheric or character-based moments that irked studio heads back in the 90s.

Ryan Lambie of Den of Geek had a chat with Del Toro to talk about the new cut of Mimic coming out this Halloween and how it, along with many other Del Toro projects, were influenced by the horror of HP Lovecraft.

Read the entire article at Den of Geek