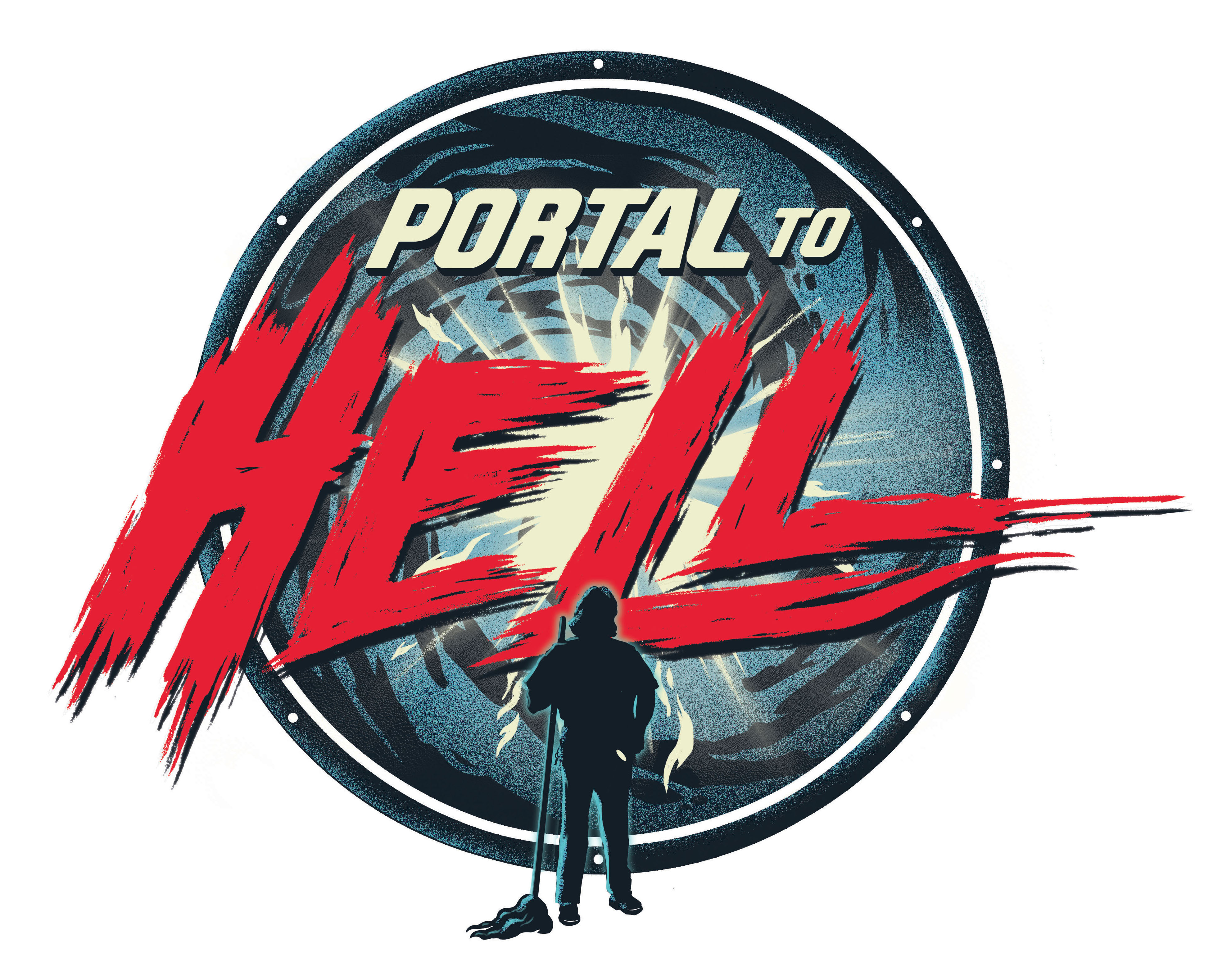 Imagine, if you will, that the Great Old One, Cthulhu himself, had a secret soft spot for Kurt Russell and Goldie Hawn in Overboard and convinced the great John Carpenter to return to Lovecraft mode to write him a part in it. We’d like to think the result would be very much like Portal To Hell!

Jack is a simple man with simple needs. Mostly he just needs to be left alone to read his book. It’s a good book and he likes it, or at least he would if the tenants of the building he manages weren’t so damn needy themselves. And it’s not just blown fuses and clogged toilets here ... no, when the building power goes out the culprit is a pair of tenants opening a portal to hell in the basement. Does this count as building maintenance? Is battling the supernatural part of Jack’s job description? Maybe not, but if Jack can’t close the portal the entire building and – let’s face it – the whole world is screwed.

Portal To Hell!!! is a short film born out of the love that director Vivieno Caldinelli (Picnicface, This Hour Has 22 Minutes) and writer Matt Watts (Michael: Tuesdays and Thursdays) share for the genre-mashing films of the late 1980’s and specifically the performance of WWF (it wasn’t always the WWE, kids) superstar Rowdy Roddy Piper in They Live. “Why didn't Piper ever really do another film like that? We should write something.” And so they did. And then Piper himself read it and liked it. And so what started as an idle wish is now becoming reality.

If this sounds like your cup of tentacles, you can help get it made at: https://www.indiegogo.com/projects/portal-to-hell