The rangefinder wasn't coupled with a viewfinder. You have two eyepieces - one to focus, the other to compose your picture. 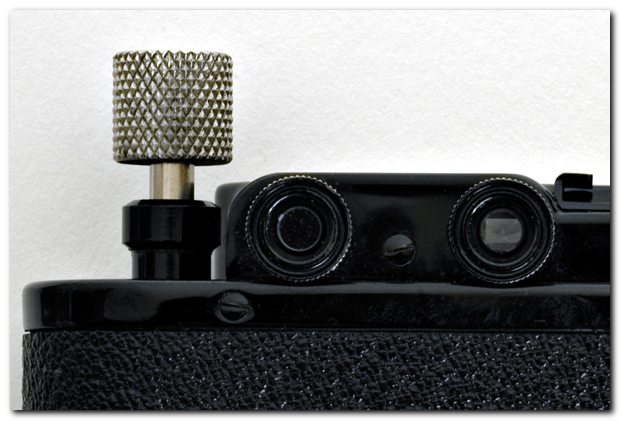 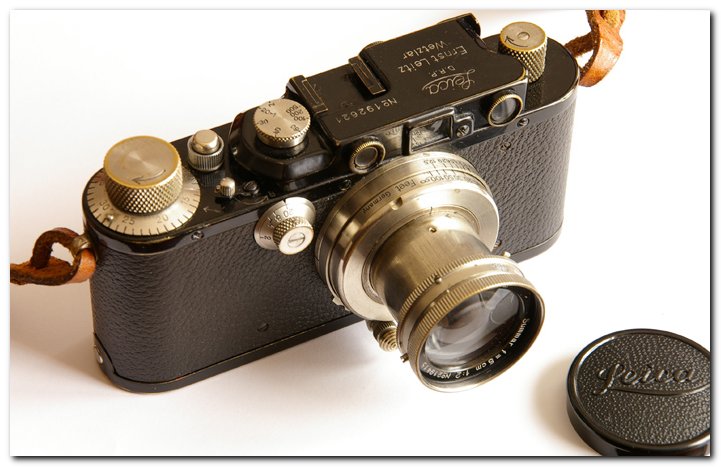 You can use interchangeable lenses with your Leica. The viewfinder shows you the frame of a 50mm lens. With other focal length, special viewfinder attachments have to be used (there are different makes and models; I must admit that those made by Ernst Leitz are not the most user-friendly). 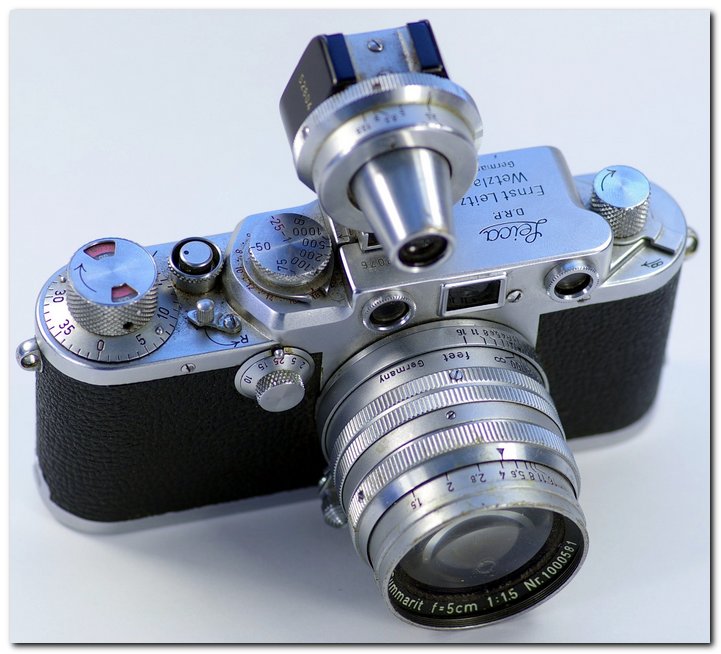 A Leica Reporter with 250-frame magazine was also produced: 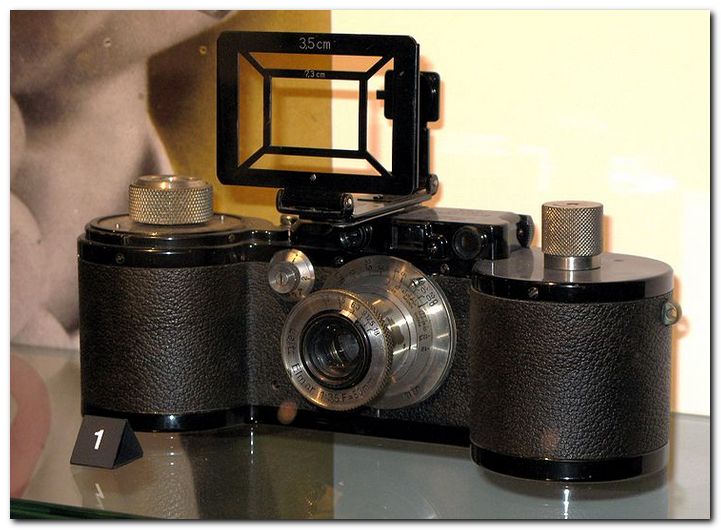 Through its nearly 30-year lifespan, II/III was moderately modified. Prewar versions bear an 'a'-index or no index at all. 'b' is the wartime index: 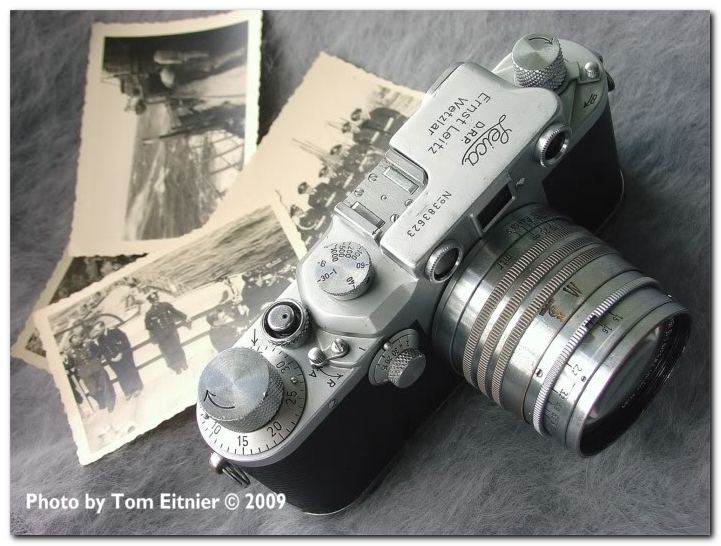 This one served with the Kriegsmarine, the German Navy. 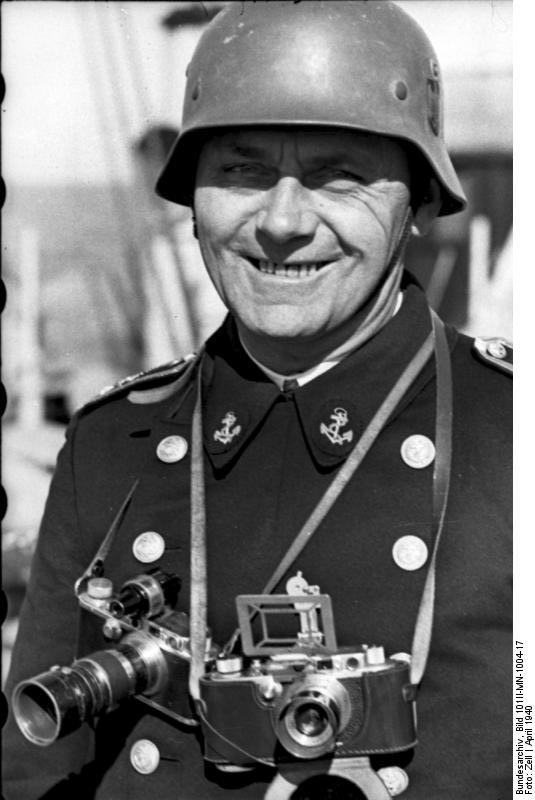 Here's a naval photographer with two Leicas (one on the right has an 'action finder' attached). 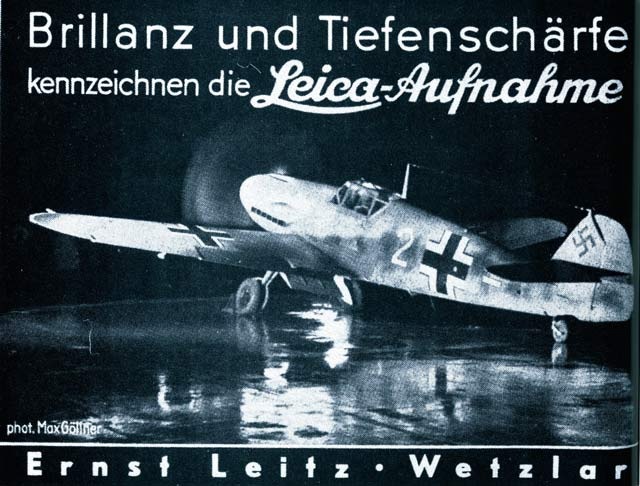 Ernst Leitz (a Nazy party member since 1942) also sold cameras to the Luftwaffe: 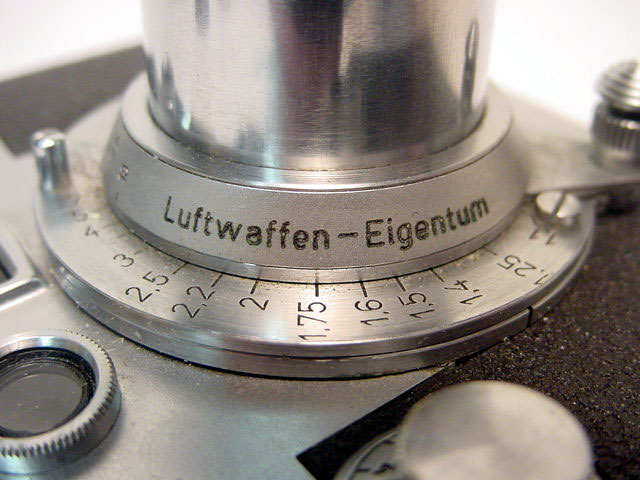 After the war, all Leica patents were made public. Leica clones or copies were made in different countries - USSR (where the production started long before the war), Japan and Great Britain*. But the Leitz company survived and continued to improve its camera. Meet the postwar Leica IIIf with a self-timer: and with a Leicavit fast winder bottom (a short-lived Canadian IIIf is shown): And in 1957, three years after the revolutionary Leica M3 premiere, the last modification of the venerable II/III was issued: the 'g' series with a seriously improved viewfinder: 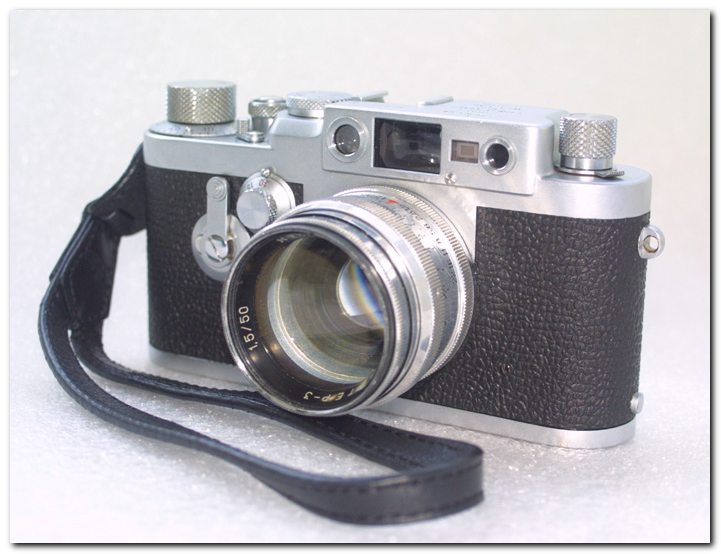 The production ended only in 1960. Leica II/III proved itself as a highly reliable, quiet, compact and intelligent camera. You can find one in perfect condition - and make perfect pictures with it.
-----------------------------
* Besides, there are fakes & forgeries of all kinds, mostly bearing German military markings and based on the Soviet Zorky camera. Beware!