A heavily engineered machine of tremendous complexity, it was Zeiss Ikon's showcase of the technology it possessed. Contax is a brainchild of Dr. Ing. Heinz Küppenbender, its lenses designed by famous Ludwig Bertele. Introduced in 1932, the camera was markedly different from the corresponding Leica. 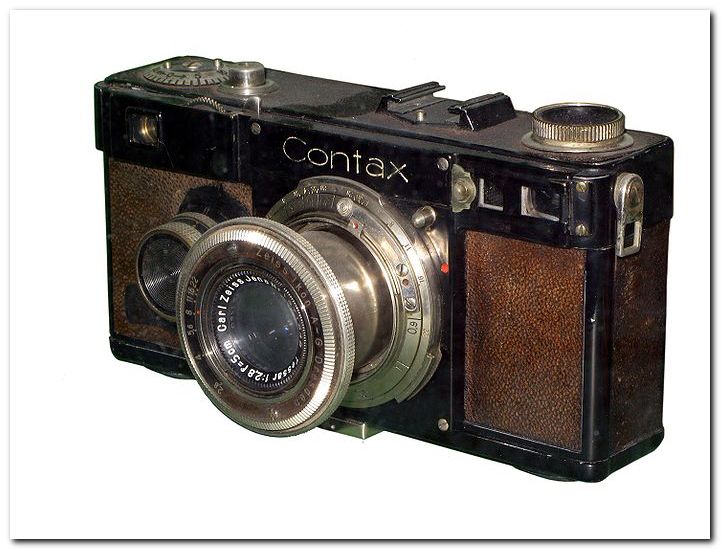 First and foremost, the shutter: 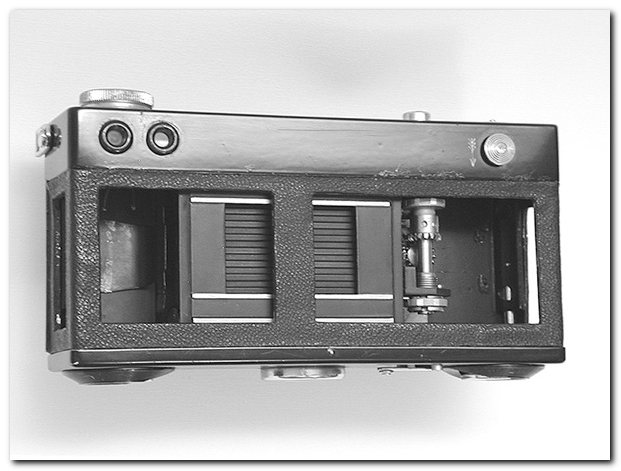 Vertical, all-metal, it not only gave a faster maximum speed (1/1000s) but also banished the problem of shutter blinds burning. The fact that the shutter ran across the shorter dimension of the format area was a significant factor for achieving this technical feat. The interlocking slats were aligned by specially woven silk ribbons, which were very strong but subject to wear. Another key features were a bayonet lens mount and a built-in rangefinder with an unusually long base, allowing precise focusing even working with portrait and telephoto lenses (up to 135mm). The multifocal viewfinder, developed for Contax I, is much more convenient and rational than Leica's and has a parallax correction.
But the 1932-1936 model, existing in no less than 6 varieties (Stephen Gandy's brilliant review of the camera is highly recommended) couldn't double the Leica's success. So in 1936 Zeiss Ikon introduced a new, radically reworked camera:

Its chief designer was Hubert Nerwin. It was the first camera with a rangefinder and viewfinder combined in a single window. 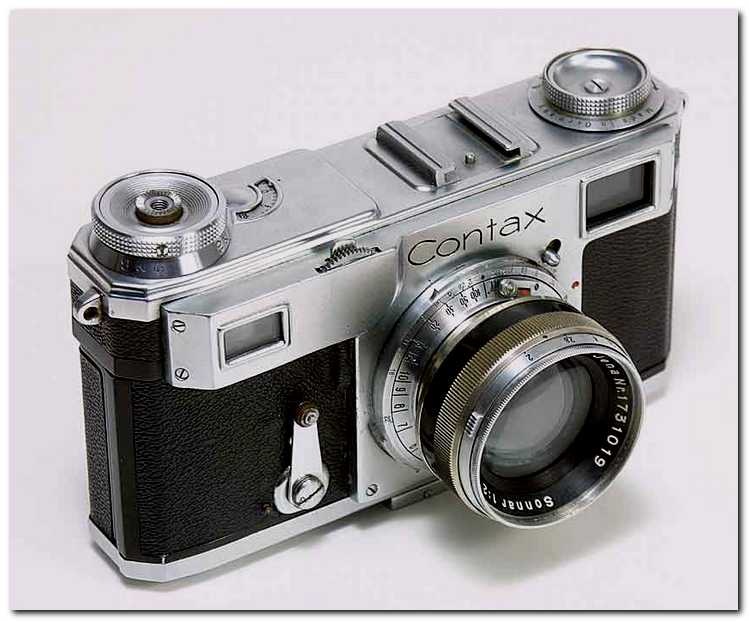 The shutter remained much the same, but the maximum speed increased to 1/1250s. 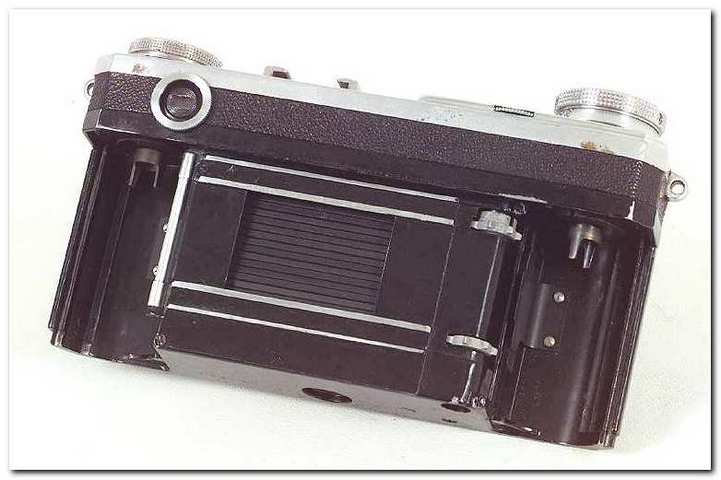 Together with the II model the Contax III appeared with a built-in exposure meter: 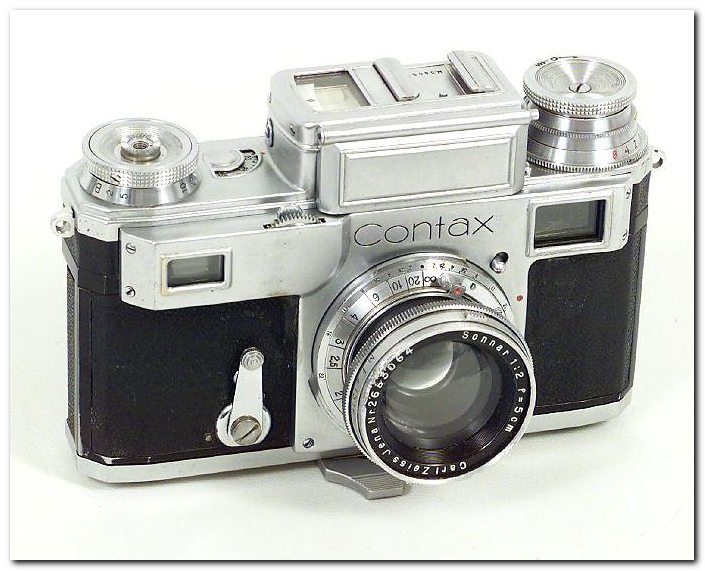 It was a great camera, with a superb optics' quality, loved both by the pros and advanced amateurs. It wasn't cheap but a simpler Leica III was just as expensive as a sophisticated Contax.
During the WWII, the Zeiss works in Saxony were heavily damaged by the Allied bombings. After the war, factory equipment was taken by the Soviets (see below), but the Contax came back in 1947, in the Western Zone. In 1950, it was modified: 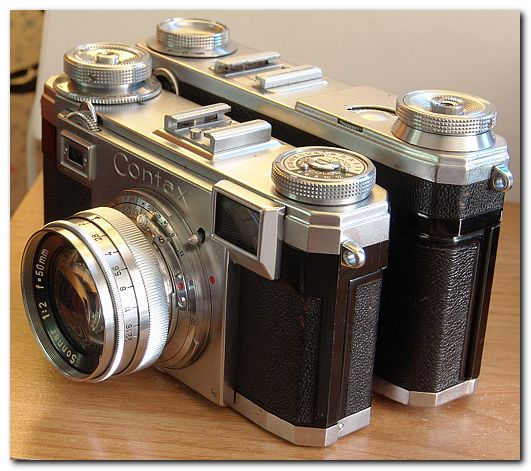 As we see here, the Contax IIa was smaller and lighter than its predecessor. It had an improved, quieter shutter. The IIIa model was a revamped III: 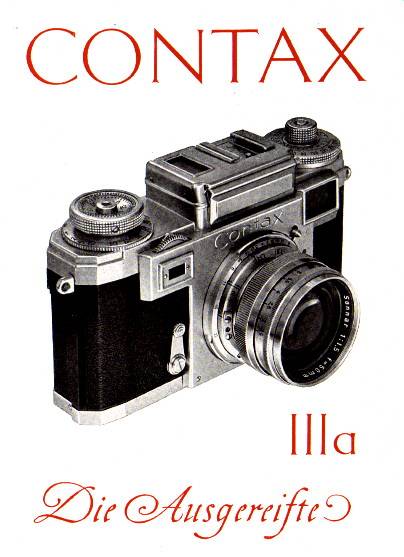 Right from the start, the Contax was a system camera with all kinds of attachments - like this 1950s stereo attachment: 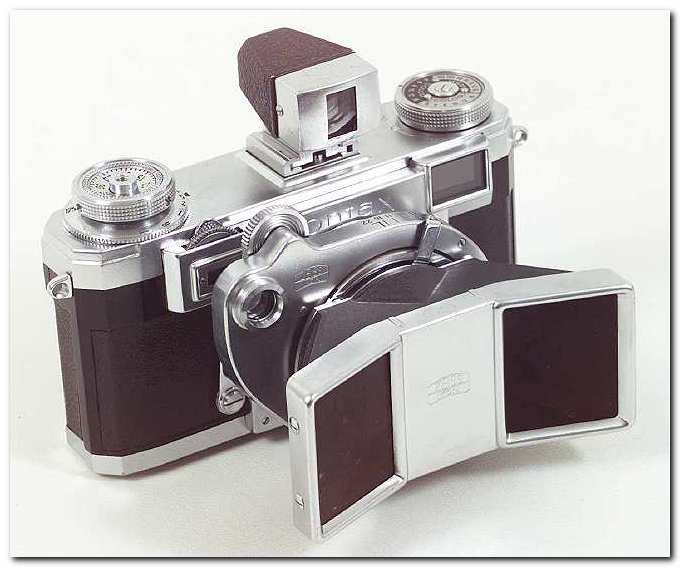 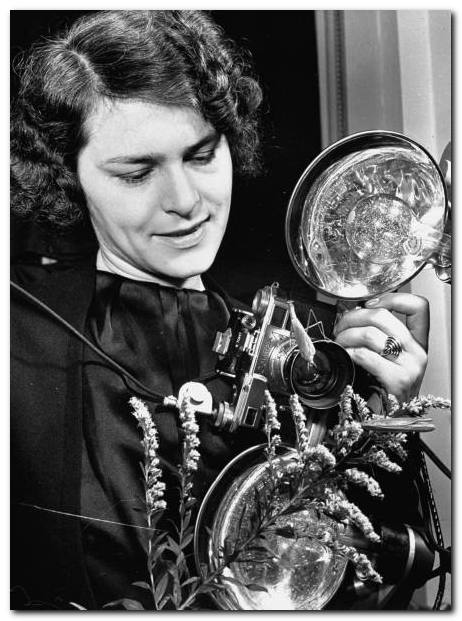 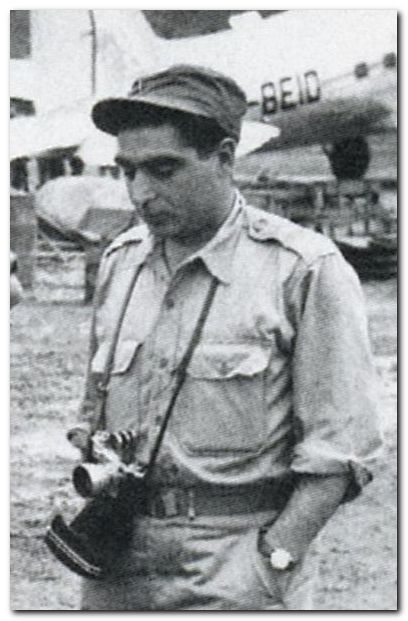 The last German Contax rangefinder camera was built in 1961.
In the USSR, the Contax production started in 1947 at the Arsenal works in Kiev. The camera was an exact copy of the prewar model, initially built from original German parts: 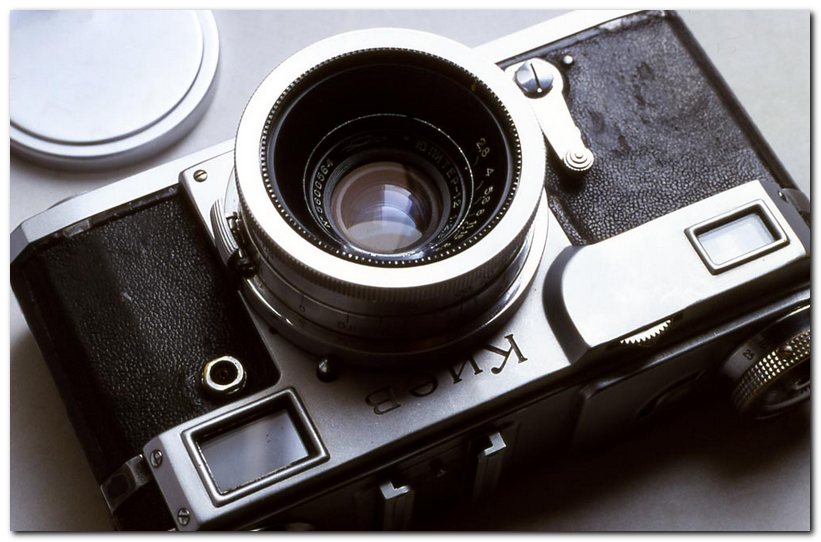 It also existed in two versions - with (below) and without (above) an exposure meter. In 1962 there the Arsenal engineers designed a camera with an external bayonet mount and TTL metering: 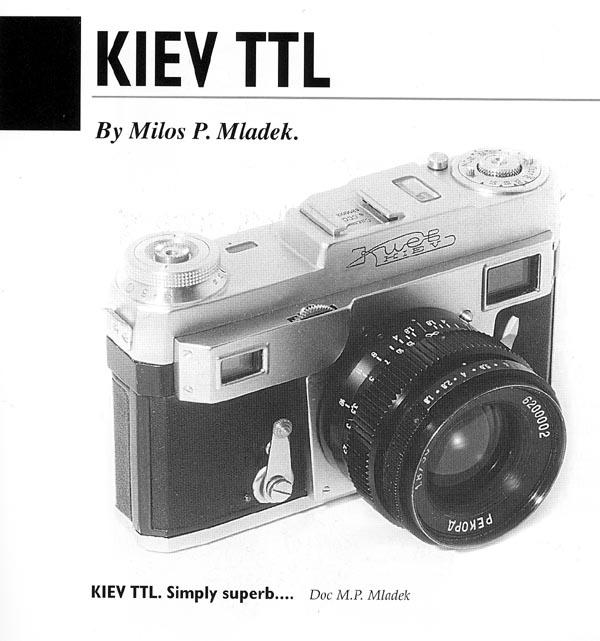 It never went into production.
Later, in 1968, the Kiev 5 was introduced, with a reworked top, housing a huge lightmeter (something like the Canon 7): 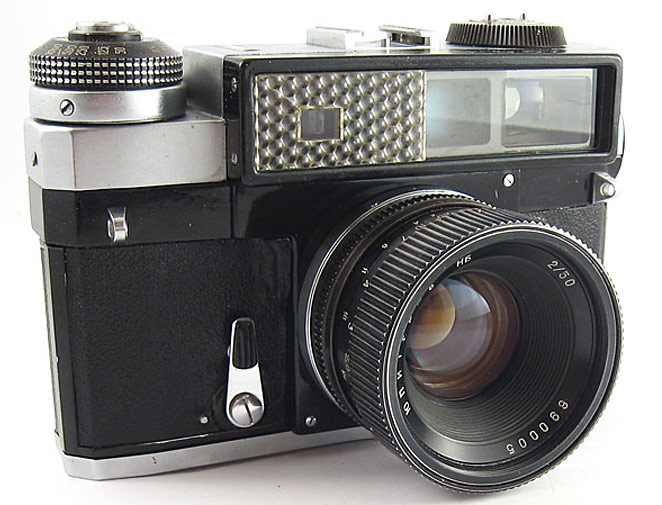 It faded away in 1970s. The basic model with a few minor improvements and (alas!) degraded assembly quality, survived through the end of 1980s: 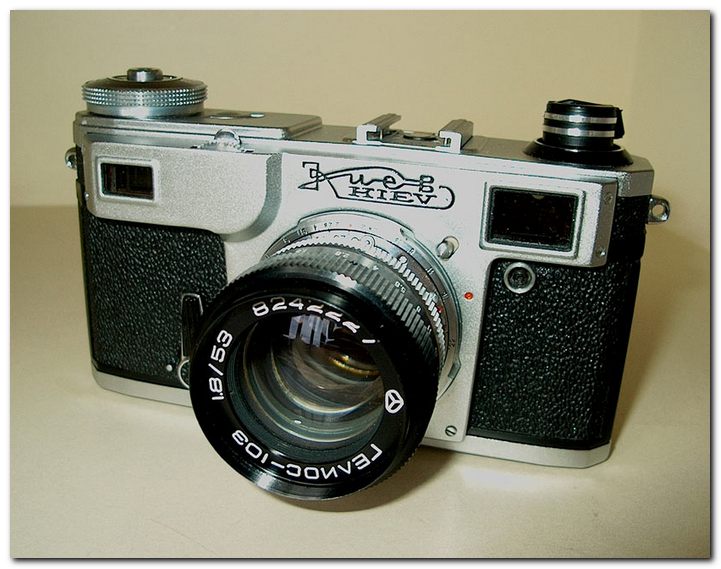 Thanks to Stephen Gandy, L David Tomei, Wiki, and Camerapedia teams for valuable info and photos.

My compliments on a very nice writeup on the Contax.  David