John Heartfield (19 June 1891 – 26 April 1968) is the anglicized name of the German photomontage artist Helmut Herzfeld. He chose to call himself Heartfield in 1916, to criticize the rabid nationalism and anti-British sentiment prevalent in Germany during World War I. 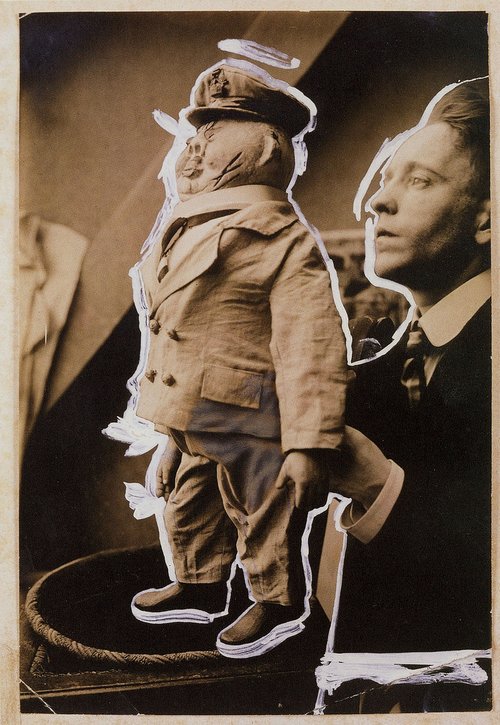 In 1918 Heartfield began at the Berlin Dada scene, and the Communist Party of Germany. He was dismissed from the Reichswehr film service on account of his support for the strike that followed the assassination of Karl Liebknecht and Rosa Luxemburg. With George Grosz, he founded Die Pleite, a satirical magazine. 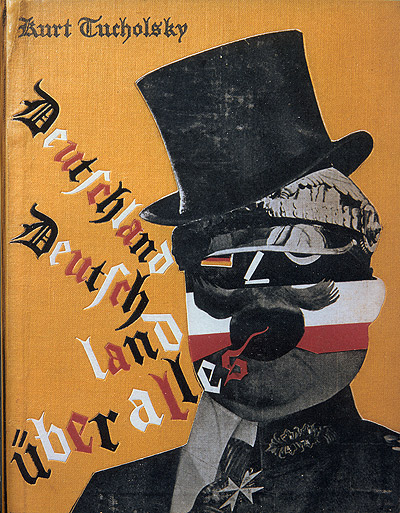 After meeting Bertolt Brecht, who was to have an influence on his art, Heartfield developed photomontage into a form of political and artistic representation. He worked for two communist publications: the daily Die Rote Fahne and the weekly Arbeiter-Illustrierte-Zeitung (AIZ), the latter of which published the works for which Heartfield is best remembered. 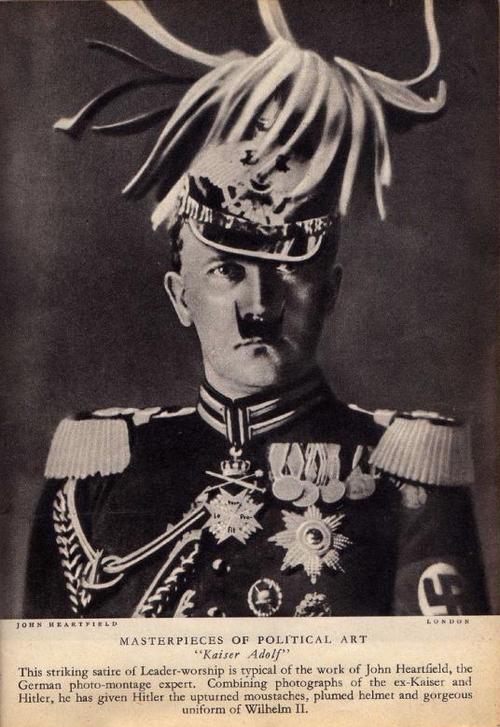 His photomontages satirising Adolf Hitler and the Nazis often subverted Nazi symbols such as the swastika in order to undermine their propaganda message. 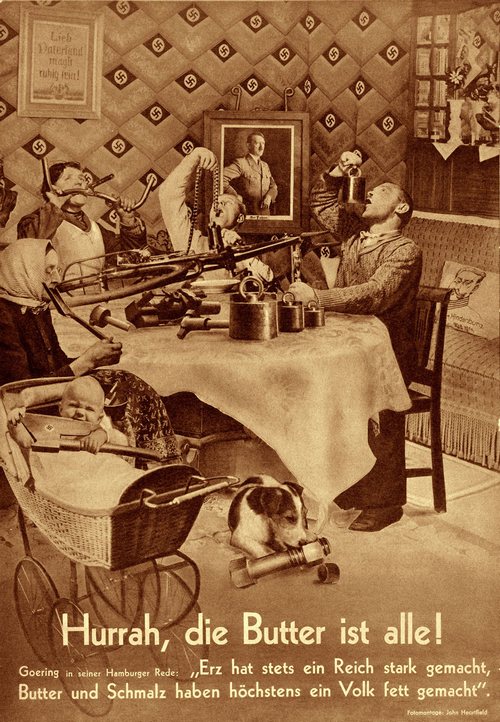 One of his more famous pieces, made in 1935 entitled Hurrah, die Butter ist Alle! (English: Hurray, the butter is gone!) was published on the frontpage of the AIZ in 1935. A parody of the aesthetics of propaganda, the photomontage shows a family at a kitchen table, where a nearby portrait of Hitler hangs and the wallpaper is emblazoned with swastikas. The family — mother, father, old woman, young man, baby, and dog — are attempting to eat pieces of metal, such as chains, bicycle handlebars, and rifles. Below, the title is written in large letters, in addition to a quote by Hermann Göring during food shortage. Translated, the quote reads: "Iron has always made a nation strong, butter and lard have only made the people fat".

In 1933, after the National Socialists came to power in Germany, Heartfield relocated to Czechoslovakia, where he continued his photomontage work for the AIZ (which was published in exile); in 1938, fearing a German takeover of his host country, he left for England, living in Hampstead. He settled in East Germany and Berlin after World War II, in 1954, and worked closely with theater directors such as Benno Besson and Wolfgang Langhoff at Berliner Ensemble and Deutsches Theater. In 1967 he visited Britain and began preparing a retrospective exhibition of his work, "photomontages", which was subsequently completed by his widow Gertrude and the Deutsche Akademie der Künste, and shown at the ICA in London in 1969. 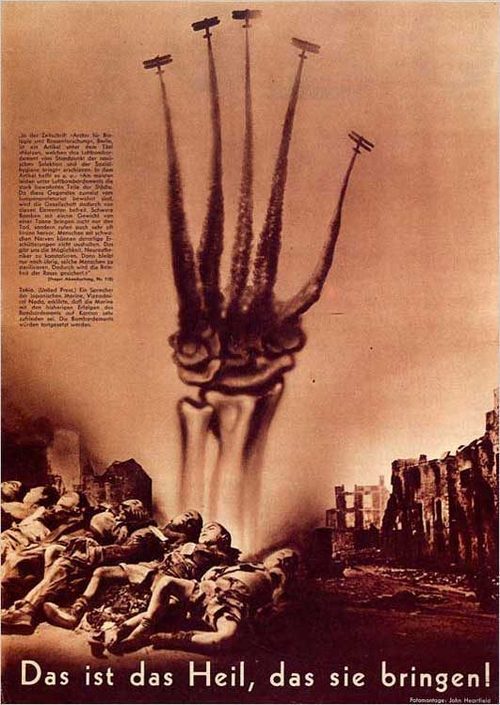 In 2005, Tate Britain held an exhibition of his photomontage pieces.

There's some more. Enjoy the slideshow:

Find more photos like this on Dieselpunks
Or browse the album
Text: Wiki