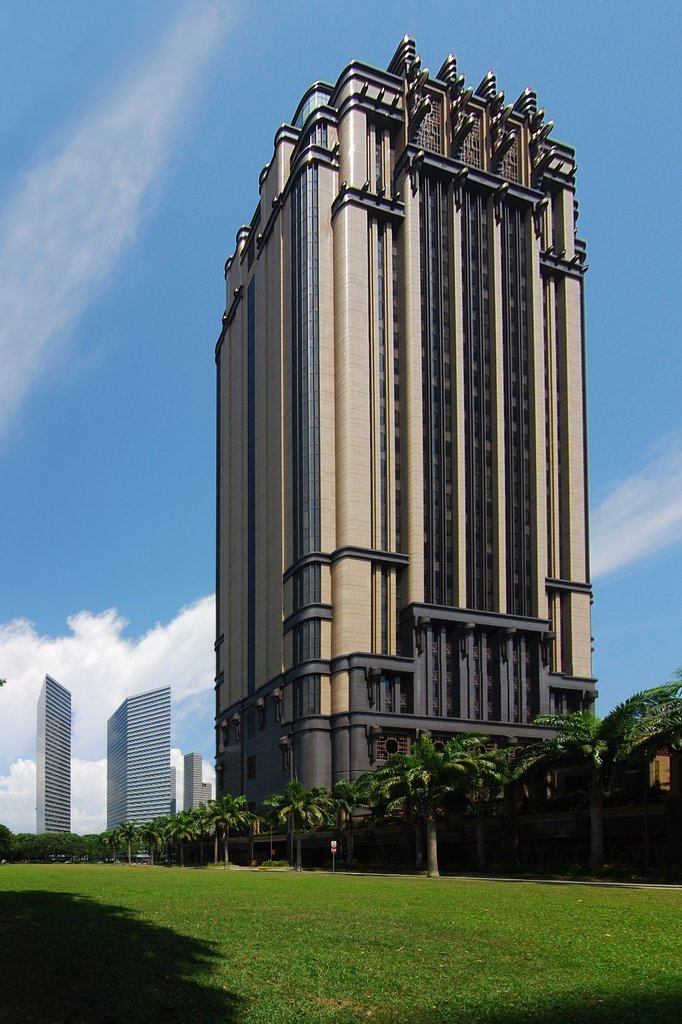 Parkview Square was designed by American Consultant James Adams, together with DP Architects of Singapore. It was built at a cost of SGD$87.93 million and funded by Mr. C. S. Hwang by the late Mr. C. S. Hwang, a Taiwanese tycoon chairman of Chyau Fwu Group. As his last project, he wanted it "imposing and monumental, yet stylish and elegant."

The office space on each floor is columnless so it can be reconfigured according to the tenant's wish. Although it is a modern building, having been completed in 2002, it is specially designed in the classic Art Deco style, following New York City 1929 Chanin Building as an inspiration. The exterior surface of the building is clad in brown Granite, bronze, lacquer, and glass.

The lobby is also designed mainly in the Art Deco style and features a 15m-high ceiling with handcrafted details. The bar in the lobby of the building has a unique 3-storey high wine chiller. The open plaza of Parkview Square is reminiscent of Piazza San Marco in Venice, with sculptures and statues surrounding the open plaza. There are many bronze effigies of some of the most famous figures in world history, including Sun Yat-sen, Abraham Lincoln, Salvador Dalí, Mozart, Chopin, Isaac Newton, Pablo Picasso, Rembrandt, Shakespeare, Plato, Dante, Winston Churchill and Albert Einstein.

The building also has widespread use of motifs, sculptures, and ornamentation. The building is "guarded" by eight gigantic fiberglass statues of men holding a light ball in their hands, four of them standing on each broad side of the building's crown. Another example is the gargoyles decorating the building's exterior, which are said to be hand-crafted. In the center of the plaza is a statue of a golden bird. 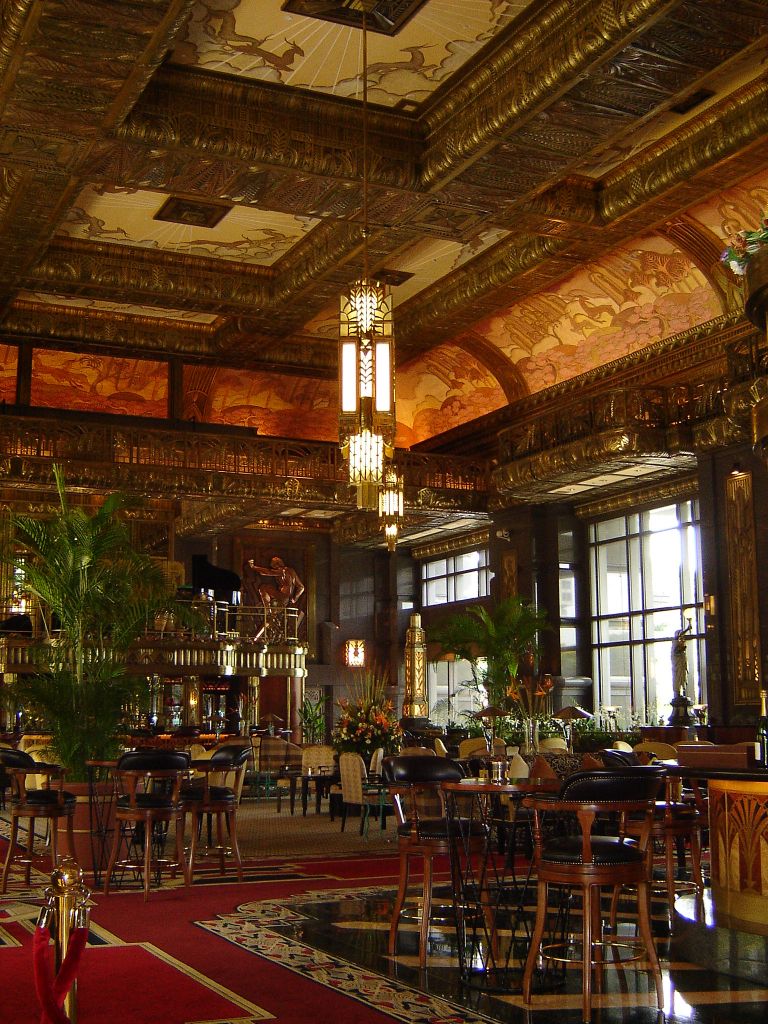 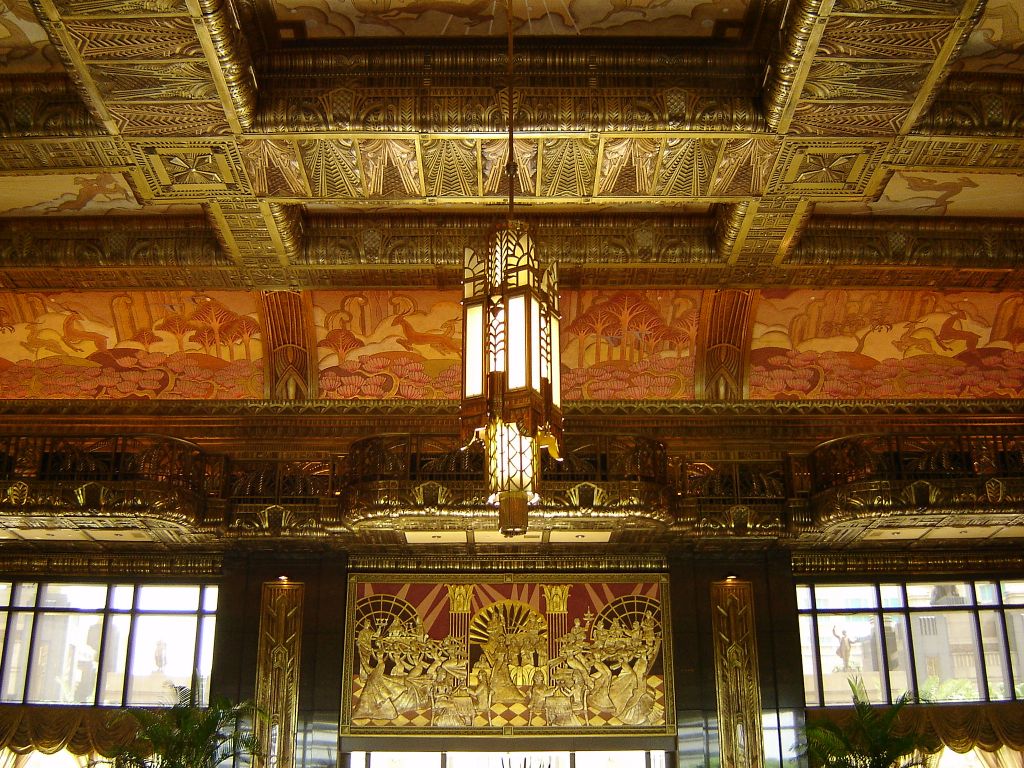 It is situated along North Bridge Road, and is near the major commercial hub at Marina Centre. It is next to Bugis MRT Station, Bugis Junction, and The Gateway, and straddles the Rochor Road and Ophir Road corridor.

Words cannot describe how detailed and grand the inside and outside of the building looks. You can't miss it when walking around Singapore either as it stands out from everything around it. Just stop at the Raffle's MRT station and having a look inside and out. No cameras permitted inside, so you'll need to practice your ninja photography if you want to carry those memories home with you.

Find the full size images at our Parkview Square gallery

Comment by Tome Wilson on March 30, 2011 at 11:41am
Traveling in Singapore?  Business, pleasure, or secret mission?